He won two Oscars and was honoured with the title of Best European Screenwriter, but his greatest reward always was the opportunity to work and create

Tonino Guerra is a scriptwriter, a poet, an artist, and a designer of fountains. The peasant childhood and a German concentration camp, life in Rome and collaboration with the great film directors Federico Fellini, Michelangelo Antonioni, Theo Angelopoulos, Andrei Tarkovsky and many others – all of this can be found in his biography. He won two Oscars, was honoured with the title of Best European Screenwriter and received other awards, but his only greatest reward always was the opportunity to work and create. On the 16th of March Tonino Guerra would have turned ninety-seven.

Once he told his wife, Eleonora Yablochkina, that he felt like an abandoned house. Why so? Why a house? ‘I live in the small town of Pennabilli; it is called “Borgo” in Italian. It is just a cluster of old houses, a church, with a large number of abandoned cottages around. And I visit them frequently. And I have now remembered these abandoned houses for the following reason. When we are over forty, we often come up to the window and see not what is actually behind it but what we want to see there. For example, I often recognize Russia in that valley which can be seen from my window. The older you get the more you begin to shun the things which make the spectacle of life or the masterpieces which attract many tourists. When you grow old, something happens inside you and it makes you understand that the music of rain is the best concert in life, that the greatest spectacle is when snow falls, and, as the excellent Italian film director Ermanno Olmi once said, there is nothing better than having a cup of coffee with your friends!’ he used to explain.

‘I am Russian by my wife,’ Tonino Guerra used to repeat. He met his Eleonora in 1975 in Moscow when he came there together with Michelangelo Antonioni for a film festival – and ever since that day they always were together. And Guerra more and more put down roots in Russian culture: learned the language, became Honorary Doctor of Gerasimov All-Russian State University of Cinematography, and was awarded an Order of Friendship. In addition to this, he worked together with Russian film directors. It was Guerra who wrote the screenplay for the film Nostalgia by Andrei Tarkovsky. Yet his romance with Lora (this is how he called his wife Eleonora) was an extraordinary one. He did not know a single word in Russian, while she did not speak Italian. ‘During our walks we once came to a bird market where I bought Lora an empty cage, and afterwards we went to her apartment… As I initially felt timid in my relationship with her, I asked her to give me some paper and began to write. And I filled that cage with my numerous notes with phrases that I came up with. These were romantic phrases. But since I was a shameless seller of my own imagination [as Tonino used to say – auth.], this same scene later appeared in the film Good Morning, Babylon, by the Tamiani brothers.’ From that time on Eleonora spent long evenings translating these notes. Thus the woman learned Italian, thus Tonino won her heart forever, and that same cage with the notes (which have already turned yellow) still exists. ‘But I still cannot figure out which words he meant. Tonino wrote: “Today I want to speak to you with round words.” That is the way it is,’ Lora shares her memories of him.

‘I have strained relations with the little town of my childhood. I even don’t like to return there. It has remained in my memory only in black and white colours. It is like a black-and-white film,’ Guerra used to say. His birthplace was the town of Santarcangelo di Romagna, in the province of Rimini, and it is there that Federico Fellini, his close friend and colleague, was born, too. Did Guerra and Fellini know in their youth that they would produce films and that their names would become the trademark of Italian and even world film-making?.. The former was to become a prominent screenwriter, and the latter – a great film director. For before the Second World War both of them earned their living by drawing: Fellini sold his caricatures in the streets of Rome, while Guerra worked as a designer for newspapers and magazines. But the war dotted the I’s and crossed the t’s. During his imprisonment at Troisdorf concentration camp, where he (like thousands of his compatriots) had been sent during the war, Guerra started composing poetry in his home Romagnol dialect and writing prose.

‘I was about twenty when Fascists took me, transferred me to the Germans who sent me to the camp. I was held there together with natives of Emilia Romagna. I was the youngest of them. When in the evenings we came back to the barracks after our labours – exhausted, hungry and feeling chilly – my fellow-citizens wanted me to speak to them in the native Romagnol dialect. It was important to them to hear it, to hear these words, regardless of the content. And I would prepare for it all the day. Of course, there were neither pens nor pencils in the camp. And, in order to survive, I began to compose poems to myself – it was easier to memorize them this way (these were rhymes). And before Christmas even the lorry, which used to deliver that skilly (thin soup) of several cabbage leaves to the captives, overturned. And in the end we were given nothing on that day. And then my fellow-inmates asked me: “Please, don’t recite poems any more. Instead, recollect and tell us how to cook tagliatelle.” Tagliatelle is a kind of home-made pasta. “Will I tell you?” I asked. “Yes, please do!” they replied. So I began to recall how my mother had cooked it in my childhood. “So I am sifting flour on the table. Adding water. But there are many of you, so I will whisk a lot of eggs. Now I am going to roll out dough. Look.” And then I began to “cut, cut and cut noodles”. And all of them were looking at me, coming nearer one after another. I went on with my story: “Meanwhile water is boiling. Look, I am throwing tagliatelle into water.” And at last I began to offer the “cooked tagliatelle” to everybody: “Do you want? And what about you? And you? Will I sprinkle parmesan cheese on your pasta?” I “distributed” this “pasta” among all of them. And it was so quiet… Soon one of them rose and uttered: “Please, can you give me a second helping?” “Here you are. Of course,” I answered. He came up to me and I gave him “another helping”. And at that moment I realised that when you are listening to someone who is talking about food you can feel full. It is possible,’ Guerra recalled.

It subsequently emerged that one of the camp labourers had had a pencil with him and had written down all Guerra’s poems. Later, already after the war, they were published. At that time Tonino was a student at University of Urbino. ‘When I returned to my homeland after war, I recounted all that had happened to me at the concentration camp to many people: friends, acquaintances and strangers. It is perhaps due to these stories that I eventually ended up in the film industry,’ Tonino relates. ‘I never wrote about those times. Although it was a rather dramatic period of my life, it prompted me to think of life, love and death very seriously. And in this sense the period was fabulous. I was happy and content many times in my life, but the happiest moment was when I was released in Germany and I could look at a butterfly without a desire to eat it,’ Guerra admitted.

Much later, having gone through tribulations and disappointments, the first encounter with Rome, unemployment and other trials, Tonino Guerra became so popular that he had to work ‘on two fronts’, as the phrase is. He wrote for Fellini, he collaborated with Antonioni. ‘Each of them took from me what he needed. All three of us are Romagnoli and Emiliani. Each of us hails from the same region of Italy. And when we were boys we had the same jokes as well,’ he used to say.

And Tonino also had a dream: he dreamed that one day one of his fountains would appear in Moscow. After all, he decorated the cities he loved dearly. Unfortunately, he did not live long enough to realise his dream. But he did hope that someone else would be imbued with this idea and the fountain would appear nevertheless. 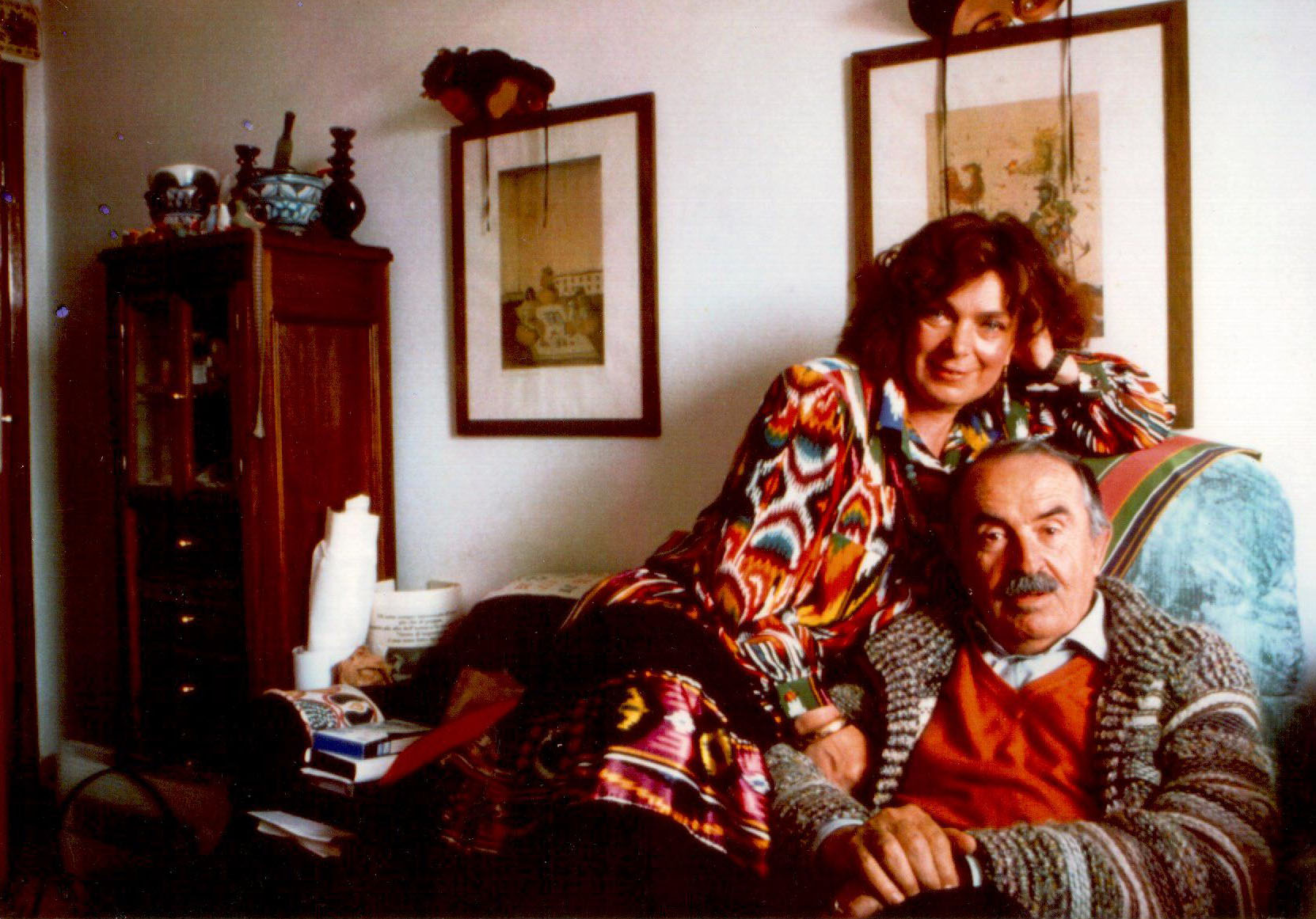 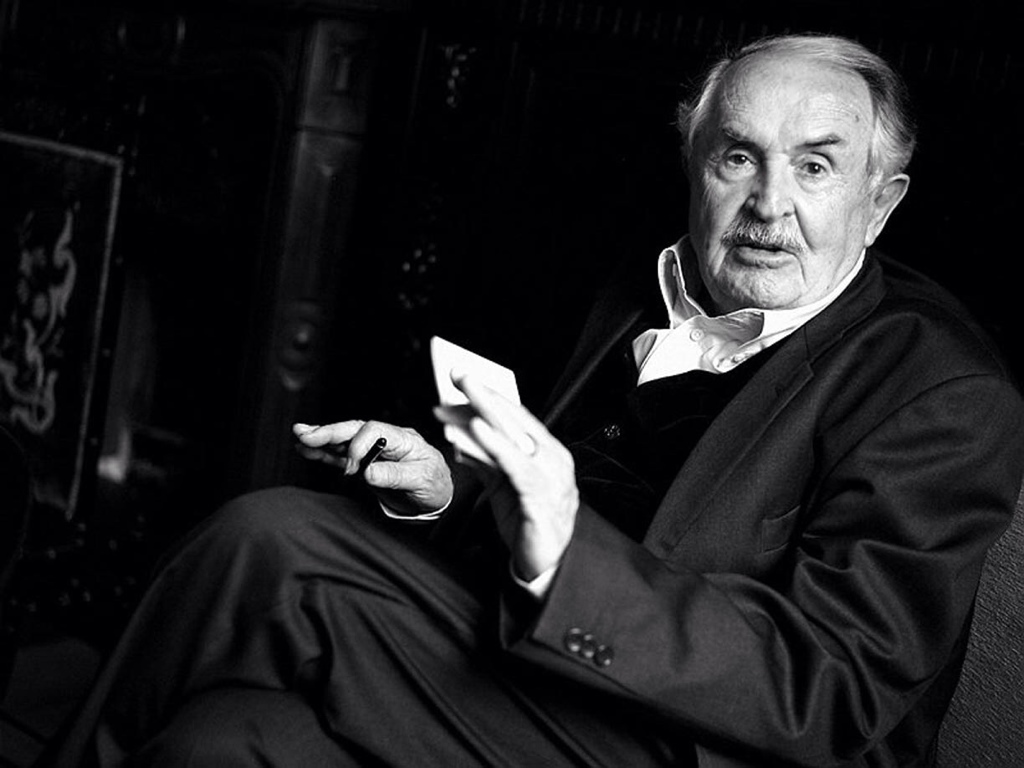