The closer the US elections 2016, the more vitriol will be spewed on each nominee

Twenty-five years ago, during my trip to the USA, I was invited to visit the house of a person who had a very tranquil occupation – he owned an antique furniture shop. After a small tea-party he decided to impress me with his unusual collection. Having opened his fridge-sized safe, he showed me a half dozen rifles and an equal quantity of pistols. When I asked him ‘What are these for?’, he answered: ‘For the time when it will all explode. – It will happen sooner or later and I will be able to defend myself.’

This antique dealer was expecting racial eruptions during the coming years. Luckily, it has not happened yet, but, African Americans are stirring-up a lot of trouble in different areas of America, as we know.

But now there are many people in New York and other US cities who are really afraid of potential conflicts (including military disorders) preceding or following Election Day. Taking into account the quantity of guns owned by private people, it is not hard to imagine circumstances which might cause them. The root of disorders could be the rejection of the election results by some sector of society. For instance, a manipulation of the results in some states or an escalation of racial tensions which already exist due to speeches which are full of hate and lies. And all these assume terribly grotesque shapes.

Analyses confirm that during the pre-election rest period the two parties will launch a ‘total war’ by applying such effective tools as lies: manipulation of public opinion: a variety of slander: and unconcealed libel. The powerful campaigning of 2016 has been already called the dirtiest in recent decades, however this is still far from the worst. The closer the elections, the more vitriol will be spewed on each nominee. But at the same time, this campaign demonstrates something new: whereas, earlier Hillary Clinton attacked her opponent and his inner circle only, now she is abusing all the Americans supporting Trump.

On 9 September 2016 in New York, in a speech before a meeting of rich democrats who make good contributions to her election campaign fund, she said the following: ‘You know, just to be grossly generalistic, you could put half of Trump’s supporters into what I call the basket of deplorables”. Hillary called the Trump followers: ‘racist, sexist, homophobic, xenophobic, Islamophobic’. She called them ‘irredeemable’. It should be noted that these words were not said as an improvisation or under emotional pressure. Hillary was not speaking ad lib, she was reading these words from a cue card. In other words, she planned an unconcealed affront to millions of her own nationals.

Trump reacted to it saying that Hillary abused hard-working, amazing and honest people, who earn a crust tirelessly and dream of a better life for their children. But Trump’s followers include not only workers but also many famous people. They include the actor Stephen Baldwin, the boxer Mike Tyson, the actress Kirstie Alley and many others. They think that Mrs Clinton affronted them with her statement. Many republicans demanded an apology from Hillary. She presented her apologies in a very comical manner saying that she took back the word ‘half’. On TV, the most radical liberals immediately declared that Hillary meant the following: the deplorable people are all those people supporting Trump.

The chairperson of the Republican National Committee, Reince Priebus, said on Fox News that Hillary’s statement made a spectacle of her. ‘Obviously, you can’t write off millions and millions of people that have had it with government,’ he said. ‘And these are hard working people and a lot of them are veterans, and I’m sure they don’t feel like they are in a “basket of deplorables”’. This statement seems even more disgusting due to the fact that it was made before people who spend most of their time on the golf course and on expensive yachts, and who think themselves better than the American working people.

Of course, Trump’s camp does not consist of angels or saints, and his campaign is also not pathogen-free. But anyway, most of the facts represented by him at meetings or on TV are proven; the ethics of their discloser is another issue. However it is obvious that even under such abuses Trump often tolerates attacks and does not degrade himself by his reactions. Strictly speaking, the closer the elections, the more accurate Trump is in selecting topics which may abuse Mrs Clinton. He prefers to speak about his plans for the reorganization of the country. When he became aware of Hillary’s sickness which happened publicly, he banned his camp from commenting.

It is interesting that nearly half of American women and, by the way, a lot of foreign women take no notice of it. In most cases their sympathy toward Mrs Clinton remains strong. I was always struck by this phenomenon and so I asked three American and two British women (one of them was a Russian emigrant) about the cause of such empathy. It was surprising, but all five respondents said almost the same thing. They said that they felt sorry for Hillary because her husband brought her into derision in front of millions of people in the world. They thought that, being a woman, she would take care of people rather than men: in contrast to Trump, she had a background in government: finally, they thought that she was a nice and kind person.

Others, who have been around the block, say that Mrs Clinton is the epitome of hypocrisy and greed. In recent decades she voiced as many lies as she could spread among hundreds of hypocrites. During the investigation of the terrorist attack, she lied to the American mission in Benghazi: she lied on receipt of secret messages through her personal-server: she lied on deletion of the messages received on that server. Moreover, she leads the choir of liars and hypocrites. She is surrounded by people who lie in concert (and sometimes incompetently) with her as one person, even competing with each other in myth-making. Their televised remarks often mix unreliable facts, factoids and various myths like cards in a card-shark’s hand. This makes their remarks a major tool in the fight against their political opponent. In his private messaging recently leaked by hackers, Former US Secretary of State Colin Powell even called them: ‘Hillary’s mafia’. This ‘mafia’ helps Hillary make her ‘total war’.

It is not clear whether Hillary Clinton is capable of making this ‘total war’ in the next few weeks. Having visited the ex-location of the World Trade Center in New York on 11 September, she felt so ill that they, literally, had to shove her into the car. They did not support Hillary into the hospital, although any other sick person would have been. Her company initially distributed the information that she had sun stroke, but later they confessed that actually she had ‘pneumonia which depressed her system’. It is not easy to conclude if one of these statements was false (or both of them were inaccurate), but the majority of the Americans do not trust in either of them. Former Secret Service agent Gary Byrne, who guarded the Clinton family during their stay in the White House, thinks that Hillary’s condition is significantly worse than it is described by her entourage. Earlier she had already suffered a similar collapse. Once Bill Clinton let slip that his wife fainted quite often.

In other words, as Gary Byrne summarized, what the spectators saw was just the ‘tip of the iceberg’. Being worried by all of this, Hillary’s entourage have recently been lying with a vengeance to hide her real health condition.

To strengthen the myth, an interesting document which was signed by Hillary’s physician saw the light of day. This is the ‘My overall impression is that Mrs Clinton has remained healthy and has not developed new medical conditions this year other than a sinus (mucitis of paranasal sinus. – Comment by V.K.) and ear infection and her recently diagnosed pneumonia. She is recovering well with antibiotics and rest. She continues to remain healthy and fit to serve as President of the United States.’

Ironically, the physician taking care of Hillary Clinton has the surname ‘Bardack’ (that means ‘disorder’ in Russian. – Editorial comment). And it is worth noting that this letter signed by her is not a medical opinion. Dr Bardack emphasized that this was her ‘overall impression’. Thus she avoids any further accusation. All in all, you never know what an impression of a person may consist of due to various reasons. At the same time, the last sentence of the document represents a plea for confidence in the correctness of the choice made by the followers of the democratic nominee.

As misrepresentation is a major pre-election tool in the campaigning of Mrs Clinton’s closest associates , we can easily suppose that this document will prove to be the next fake. 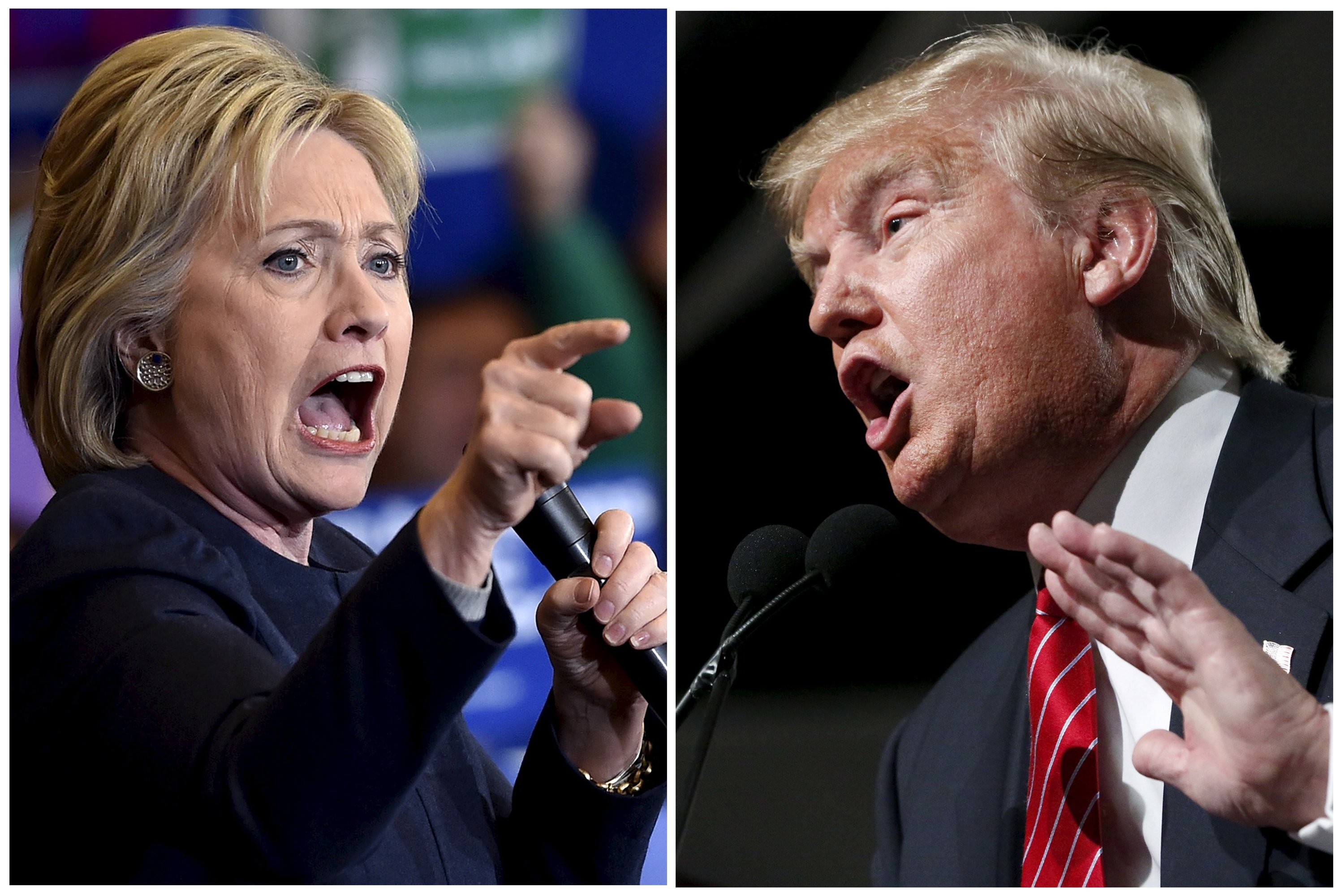 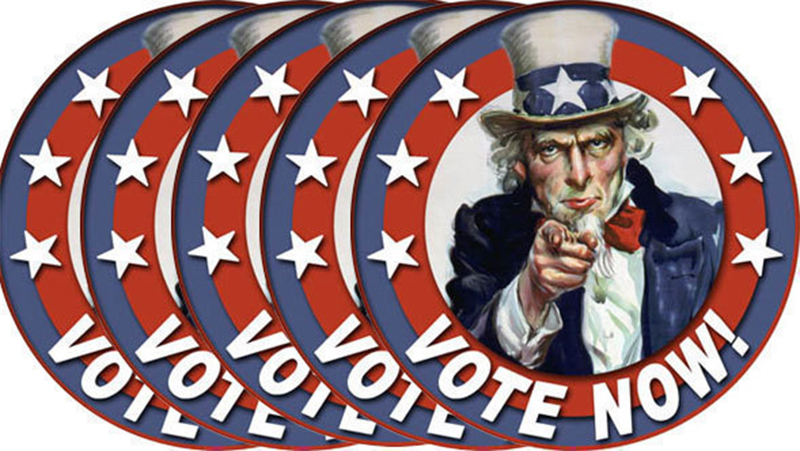 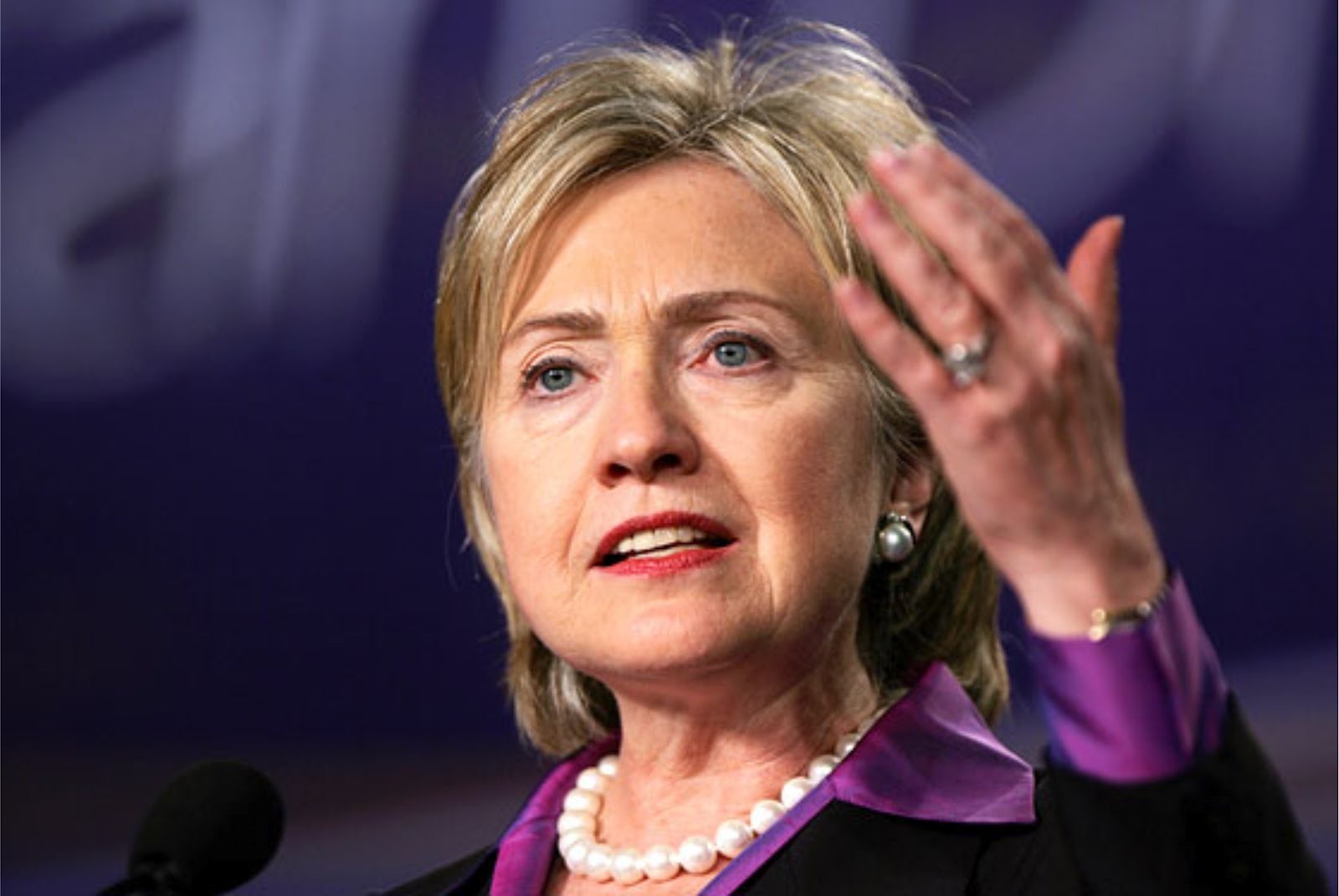 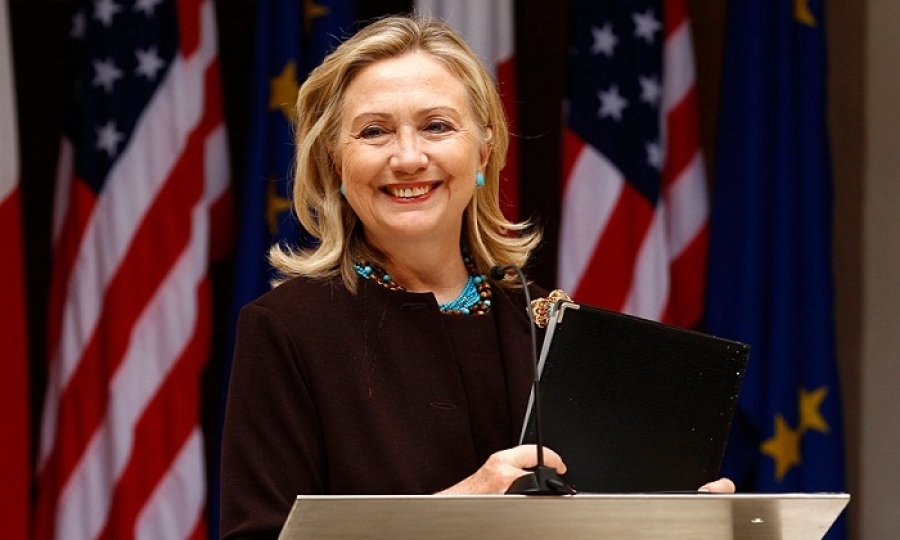 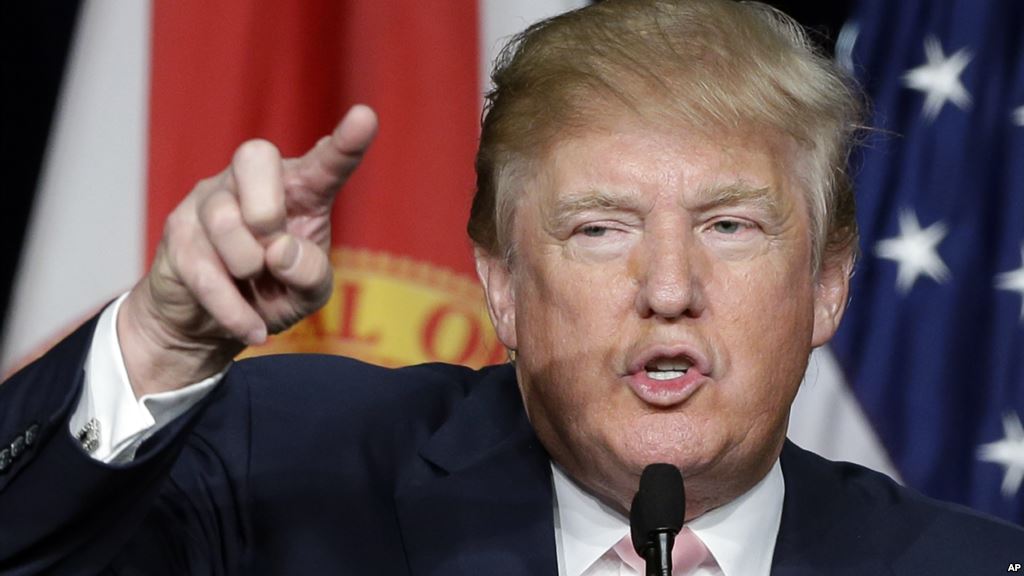 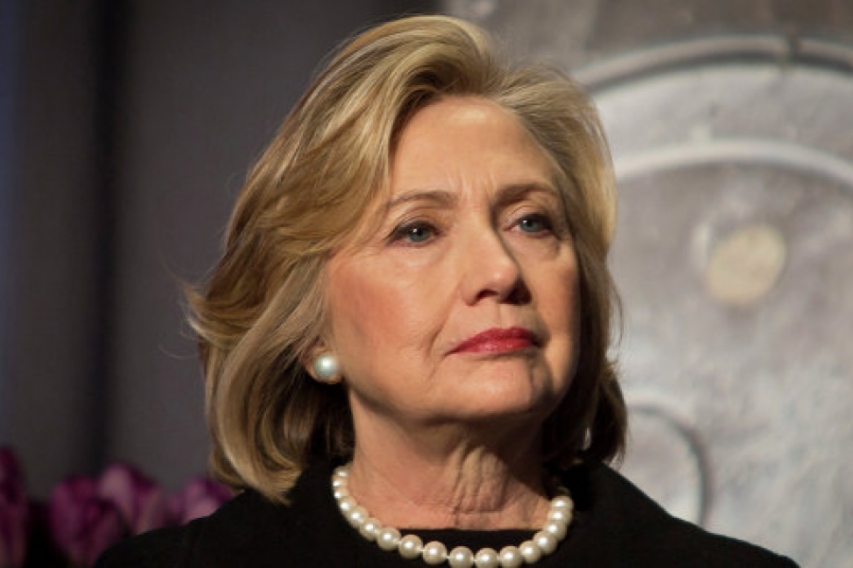