Italy, more than any other country, embodies European culture and civilization

VICTOR LOUPAN, HEAD OF THE EDITORIAL BOARD

In his little known but wonderful film, Travelling Through Italy, the exiled film-director Andrei Tarkovsky figuratively reflects on his and our attitudes towards this country. It is even not Italy in its geographical sense, but the place from which, in many ways, European culture originated. In order to understand the meaning of the word ‘culture’ modern intelligent people need manifold nota bene, references, sharp and flat notes.

Initially the concept of ‘culture’ is associated with the primary manifestation of human ‘civilisedness’ – agriculture, not the sphere to which we usually attach it. This means the transition from wild nature (and humans are a part of it) to the state of something cultivated, well-attended, humanised, civilised.

This is how polymaths used this term in the eighteenth century. Of course, they knew music, literature, theatre, philosophy, history. But there was no culture in the sense we use it nowadays. So culture is a metaphor! But a metaphor of what? How can we identify a cultured man? Yes, we may state that a ‘cultured’ (‘civilised’) person is not wild. But Michelangelo, a man of genius and a leading figure of world culture, used to fight in taverns and was fond of brawling! And Caravaggio, another painter of genius, who created so many marvelous paintings on religious themes, was a murderer and a pervert. It is not a contradiction at all, for culture rises above man who created it… Above the man who is a fallen creature and who is trying to rise by means of ‘cultivation’ of his ‘human life’ (as the writer Andrei Platonov said), or, more rudely, of his ‘everyday routine’.

At the Renaissance period great Italian painters created grand images of the Madonna (‘Our Lady’), that is, of the Mother of God, with a pure illumined face and eyes, filled with holiness. But those who posed for them were their mistresses, depraved women who frequented studios and even inveterate prostitutes. But, despite all this, people looked at finished masterpieces and experienced beauty, which means that they got to know God.

So Italy appeared to be the very place where the human genius of art expressed itself, and it did it earlier than anywhere else and more clearly than ever. And it began in Ancient Rome.

Yes, Ancient Greece had been before. It was Ancient Greece that created the theatre, architecture, sculpture, and mythology that then nurtured Rome. But afterwards the Greece of Plato, Aeschylus and Archimedes simply became the Balkan Peninsula, while Ancient Rome gave the world Florence, Venice, the Renaissance.

I should remind the readers that Italy is quite a new name. This country (a united kingdom of Italy) actually appeared a century and a half ago, after the victory of the progressive nationalist and revolutionary Garibaldi.

In his only but exceptional novel The Leopard, the Italian writer Giuseppe Tomasi di Lampedusa describes the first general elections after the victory of Garibaldi. A group of campaigning electors-nationalists, or patriots, walk along a Palermo street, shouting the following slogan out: ‘Vote for Italy!’ And the people who hear it ask themselves: ‘And what is this? What is this Italy like?’ Italy was a new political term for them.

Italian as a literary language is young, too. Unlike other developed countries of Europe, the Italian peninsula still has a host of flourishing dialects. The deceased Tonino Guerra – a prominent scriptwriter who collaborated with Federico Fellini, Michelangelo Antonioni and other great Italian film directors – was an outstanding writer and poet as well. However, he wrote not in Italian but in his native dialect. The vernacular relation, no doubt, limited his readership, but Guerra considered it to be his duty, although his knowledge of Italian was almost incomparable.

Russian writers such as Gogol, Gorky, Merezhkovsky, and Brodsky loved Italy. . Leo Tolstoy loved it too, albeit in a strange way, judging by the episode of travelling of Karenina and Vronsky. He does not speak ironically of Italy (nothing of the sort!) but giggles at the Russians who go there for their familiarization with (in their opinion) ‘genuine’ culture. Leo Nikolaevich bluntly jeers at this Narcissistic voluptuary Vronsky – and that is reasonable. There are also some Russian painters there who try to imitate their Italian counterparts, and what they create is outright kitsch.

Beautiful Italy is notable for its beauty without diversity of colours (and this makes it different from other beautiful countries, such as France). It is remarkable for its beautiful simplicity. Dwelling on the true meaning of art, Leo Tolstoy writes the following: ‘Correcting a pupil’s sketch, Karl Bryullov just slightly touched it in several places, and the poor, lifeless sketch suddenly livened up. “Why, you have only touched it a tiny bit, but it is now a very different thing ,” one of the pupils said. “Art begins where the tiny bit begins,” Bryullov replied, thus expressing the most distinguishing characteristic of art with these words.’

‘A tiny bit’, this catch-phrase, is usually attributed to Tolstoy himself, although Leo Nikolaevich openly cited Bryullov. Anyway, the description I have put above is true about Italy more than for any other country. The Italian cuisine alone, which is wondrous in its simplicity, is worth I don’t know what. As compared with French culinary skills, where everything depends on the professionalism of a chef, skillfulness of cooking, complicated formulas and dainty sauces, Italian cuisine is chiefly based on the quality of the ingredients and the magic simplicity of cooking: on the ability not to overcook, not to over-roast and, in general, not to overdo. The ‘tiny bit’, with which genuine art begins, lies in this moderation of true taste.

And the Italian men’s fashion alone counts for a lot! And Italian design!

And the Italian music – that’s another matter! To begin with, Claudio Monteverdi is the founder of the new genre of opera!

Yes, opera as a music and theatre genre. And Domenico Scarlatti was the first to compose sonatas – the music form which later was developed into symphony. This contribution into world culture cannot be overestimated.

Moreover, Italy is the home of the mafia. We all think that we know what the mafia is like. Yes, it is a criminal organization whose structure is built on the idea of family, with a complex communication mechanism – both within the organization’s structure and with the outside world. The Russian thieves’ world [also ‘bratva’ – ‘fellowship’]is very different from the mafia. That is why the term ‘Russian mafia’ is incorrect. The very word ‘mafia’ came from a dialect term common in one of the districts of Palermo, the capital of Sicily. It means something between outward beauty, courage and quarrelsomeness. According to historians, the mafia came to existence in the second half of the nineteenth century in the context of the formation and establishment of the single state of the Kingdom of Italy, when the aristocracy was gradually supplanted by the bourgeoisie. As a result of these historical changes many peasants were driven away from their centuries-old dwellings by the new owners. The destitution of these social pariahs was felt especially in Sicily, poor as it is. It was, so to say, the social aspect of the mafia’s birth. But its structure, its internal organization which imitate those of the Roman legions with their hierarchy, are very interesting. And it is already culture!

As opposed to the Italian mafia, the formation of the Russian thieves’ world began much earlier, under Catherine II, as a free, or self-governing, community of solitary outcasts and marginal individuals who rejected hierarchy and lived according to their own laws. The thieves’ world of Russia is a kind of typical Russian anarchy, with debauch and liberty, while the mafia of Italy is, above all, family, a strict hierarchy and, indeed, culture in the sense of ties with the national history.

Italy has never been a great power. Many poor people always lived in Italy. Millions of Italians left their motherland andwent off in search of a living. You cannot imagine our world without Italy. Italy, more than any other country, embodies European culture and civilization… Not in a vacuous, declarative sense, but in its poetic component in the life of each one of us. 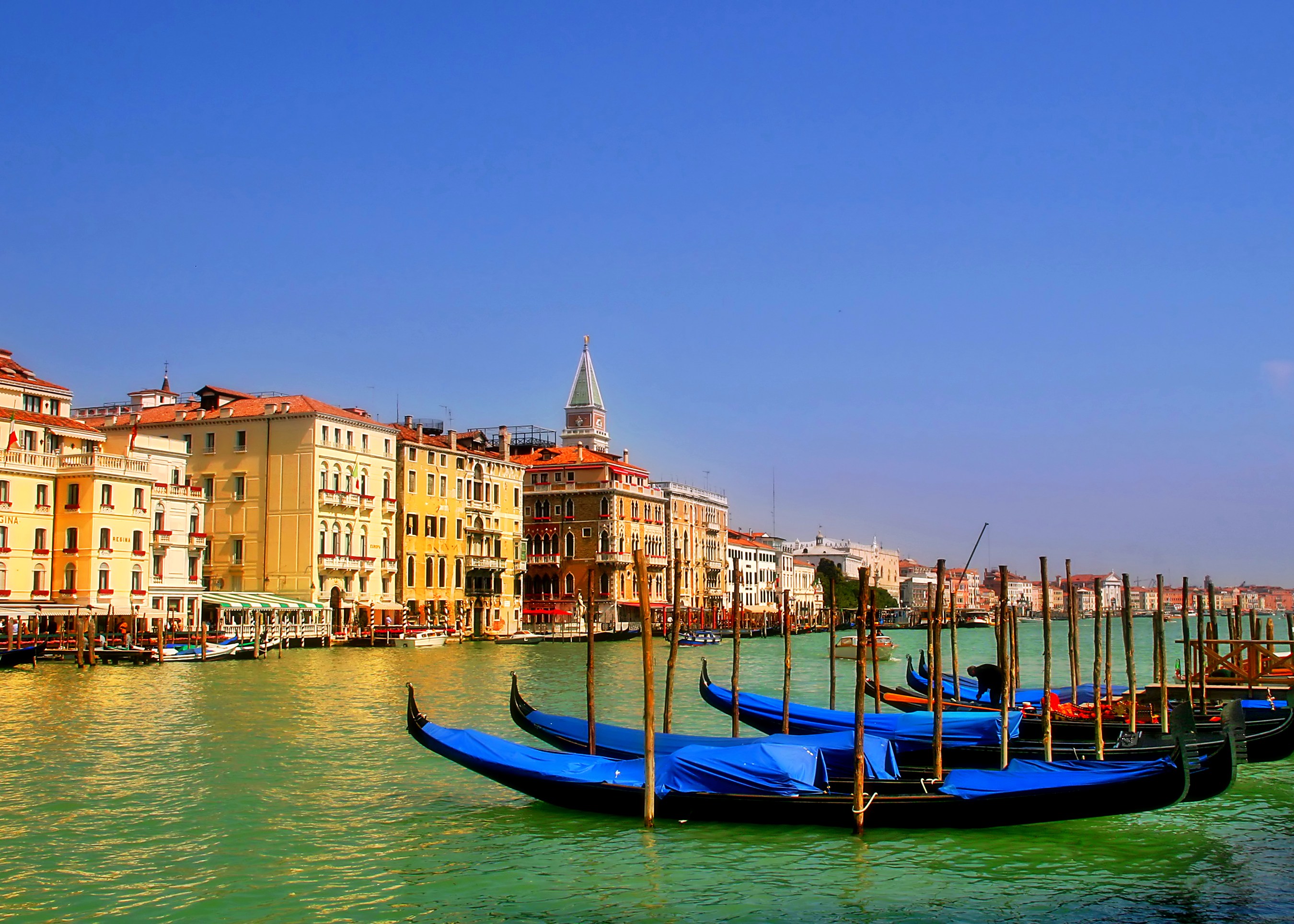