So Queen Elizabeth is 90 years old! Having ascended to the throne in 1952 at the age of 25 years due to the sudden death of her father, King George VI, Elizabeth II is today the longest-reigning monarch in British history.

Elizabeth was very fond of her father. He was a gentle and shy man. Being not prepared for ruling a great empire, King George VI was greatly upset by his elder brother and his political views, especially during the Second World War.

George VI died while Elizabeth and her husband were travelling in Africa. Having ascended to the throne, just as suddenly, as her father, Elizabeth has always seen this as fate. If her uncle had not given up the, neither her father nor she would have ever ruled Britain. Elizabeth II is much loved by her people.

The Queen has managed to save a surprising greatness, consisting, perhaps, in her simplicity. The uncomplicated simplicity quite contrasts with her legendary multicoloured dresses and hats. Personally, I really like Her Majesty! And you, dear readers? 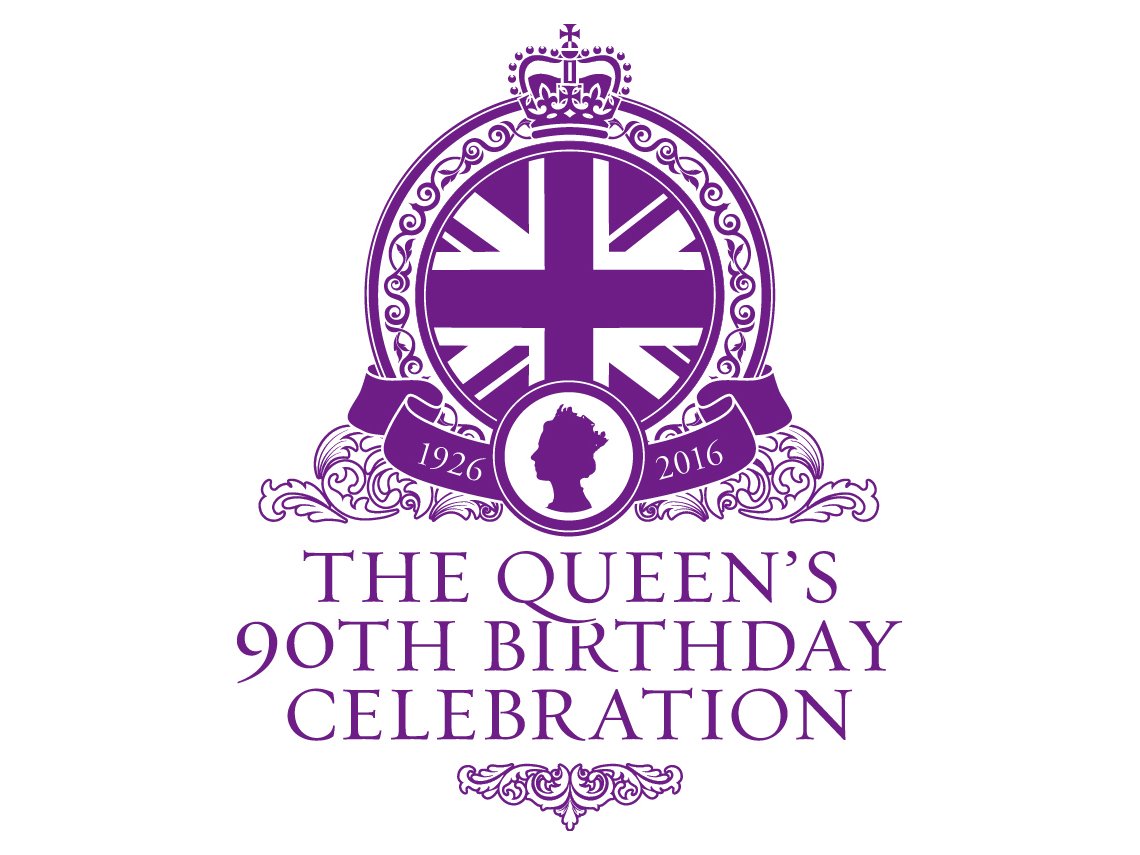 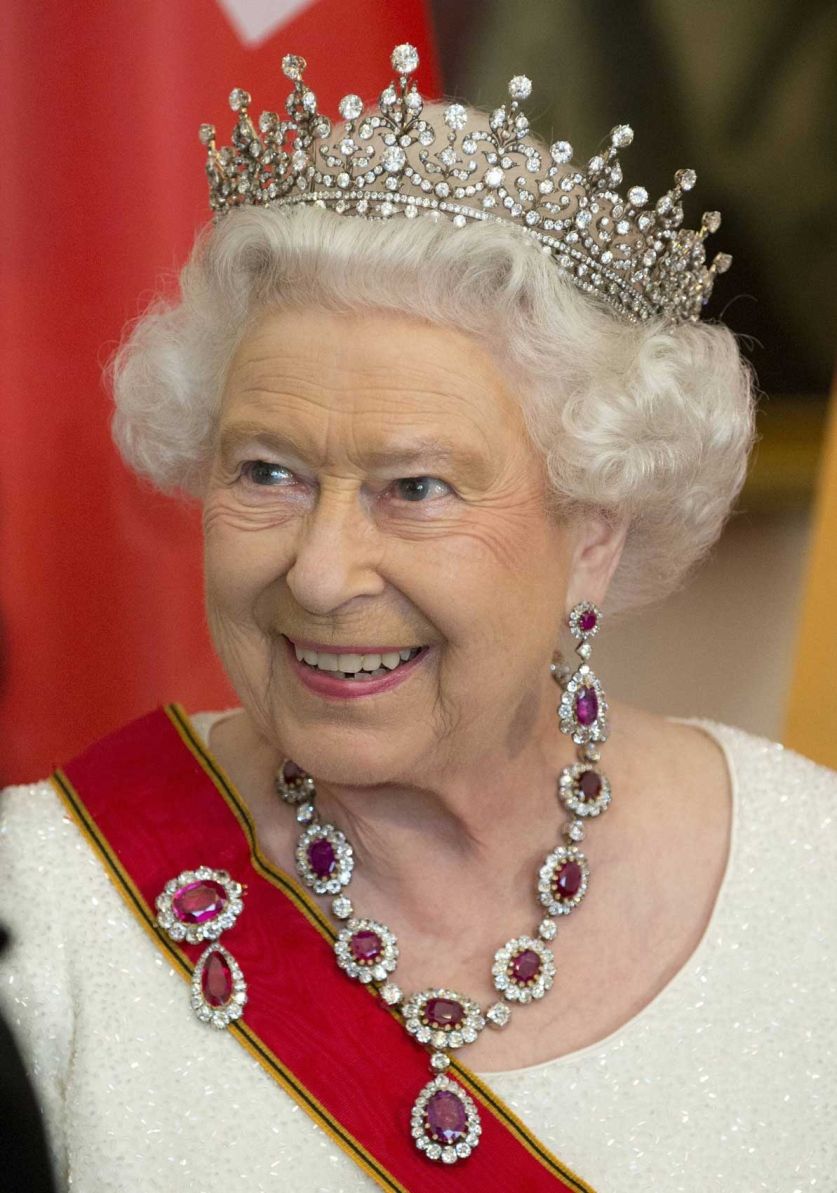 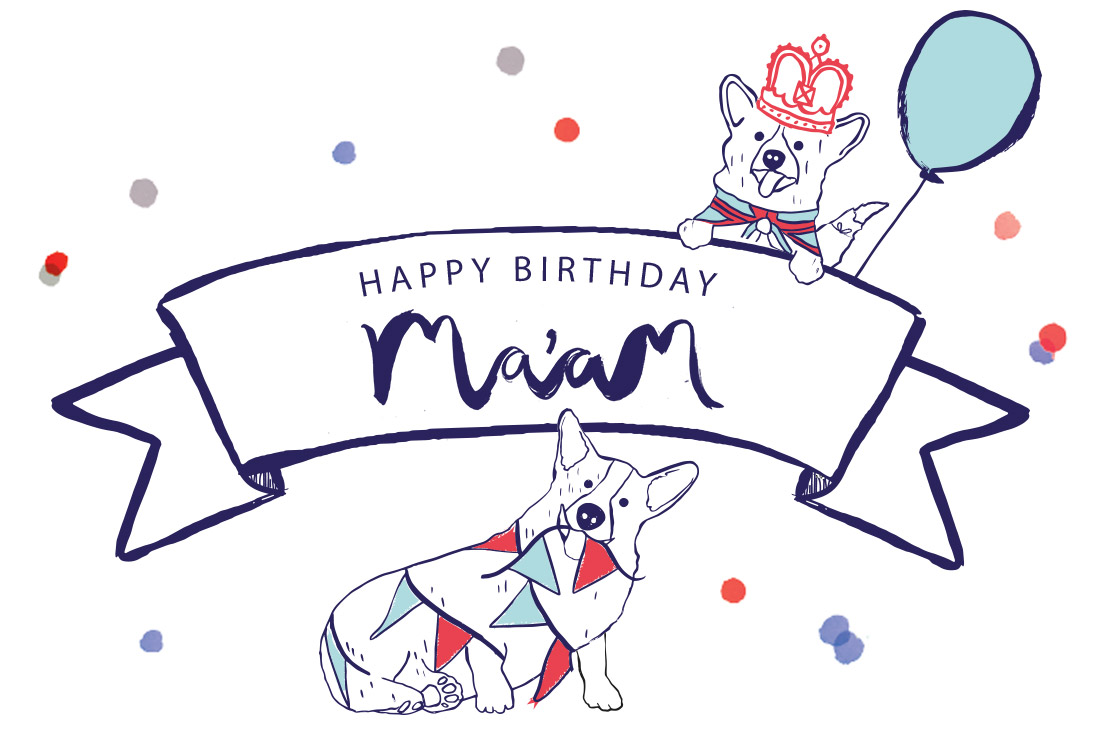 A member of the British Royal Family, a grandson of King George V and Queen Mary, a cousin of Queen Elizabeth II. And besides, he is the great-great-nephew of the Russian Emperor Nicholas II.

Prince Michael of Kent conducts extensive charitable activities, being the patron of numerous non-profit organizations in different spheres of activity. Russia takes a special place in his charity work.

In June 2004, the “Prince Michael of Kent Charitable Foundation” was established to finance socially beneficial projects in the following areas: culture, preservation of historical and cultural heritage, public health service, education. Prince Michael is the patron of the Russian National Orchestra, the London School of Business and Finance and the British educational center in Russia. 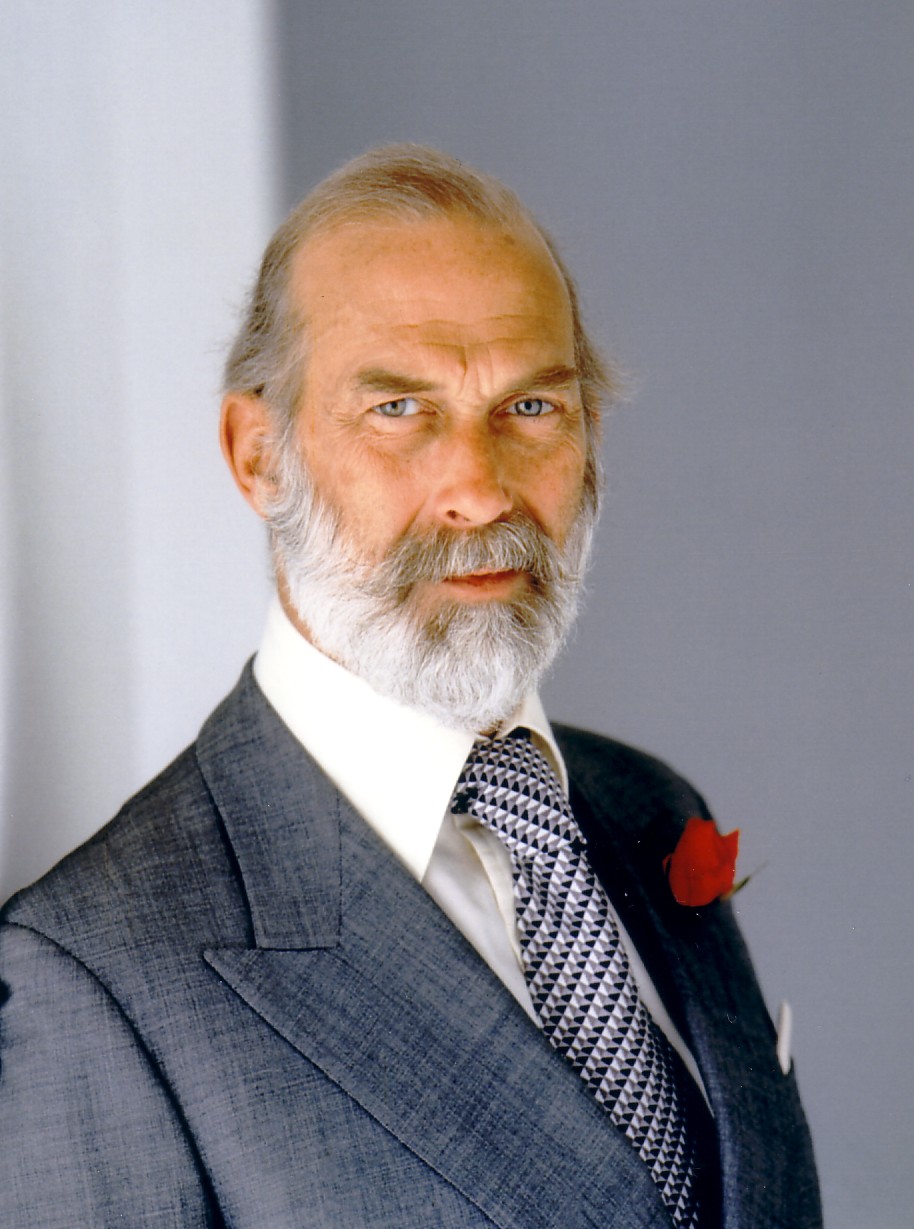 Vsevolod Kopiev has more then 20 years of experience of investments into media, advertising, technology and culture. He is a member of the Law Society of England and Wales, has been on the advisory board of Atlas Investments Special Situations Fund, Chairman of “V V Group of companies”. He is a member of the board of trustees of Art-Line charity Foundation (www.art-line-fund.ru), that supports Russian art and young performers of classical music. Vsevolod Kopiev is also one of the founders of the charitable foundation Art for Living, UK 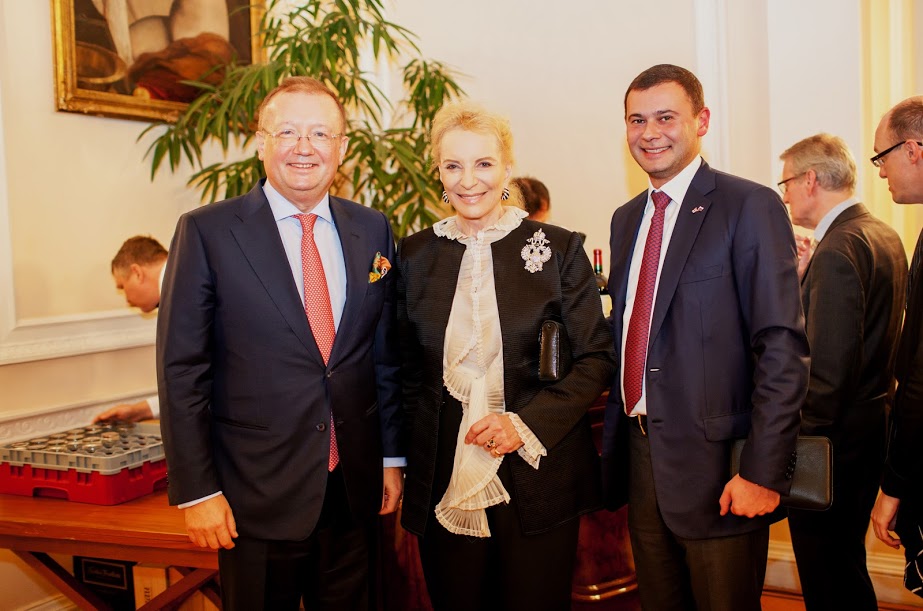 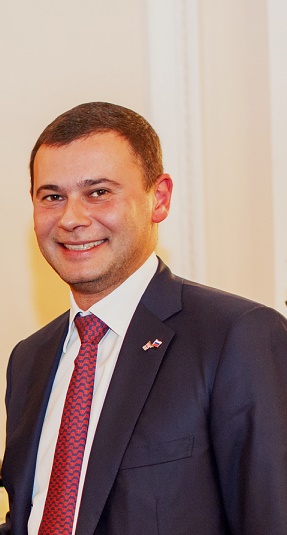 With 30 years of Corporate and Commercial experience, Jean-Paul da Costa, Partner and Corporate Lawyerat Sherrards Solicitors LLP, acts as legal counsel and business advisor to a wide range of both UK and International clients.

Jean-Paul together with his Russian speaking team has specialised in advising the Russian speaking community in London for more than 15 years, through a trusted international network not only in the UK and Russia, but also in Cyprus, the British Virgin Islands, Malta and other key off shore jurisdictions. 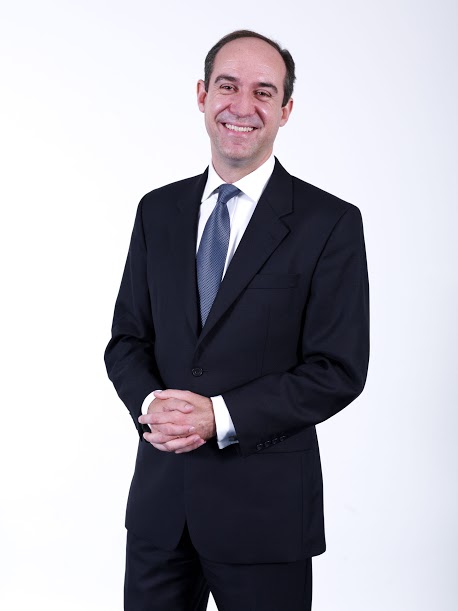 Shakhnoza Maar has a bachelor’s degree in Linguistics and a high appreciation for the fine arts, theater performances and classical music. She traveled a lot, lived in Switzerland for 8 years with her family. Currently she resides in Moscow and has dual citizenship – Russian and French.

Shakhnoza has four children, two girls and two boys. Shakhnoza takes philanthropic activities very seriously, and helps, for example, children in need through charity. She believes that the underprivileged should have an equal chance of being successful in life and finding their true purpose. 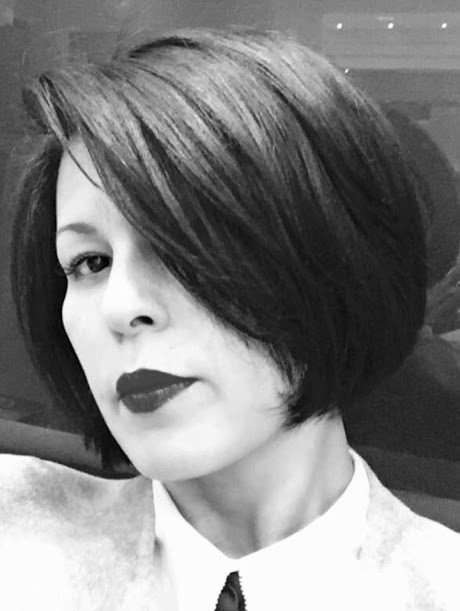 Mikhail Ignatiev, a businessman and director of the Russian National Tourist Office

In the UK, Mikhail Ignatiev has been developing the tourism business since 1992. The activities of Mikhail’s companies are oriented to the strengthening of Russian-British relationships in the spheres of culture, art and tourism.

For over 20 years Russian National Tourist Office (RNTO) and the British Standards Institution (BSI) have been helping cultural exchanges between Russia and Britain, organising trips for artists, and cultural and sports figures. The BSI company is the permanent and only partner for receiving diplomatic missions in the United Kingdom.

In 1998, the first Russian radio station in London was established under the personal leadership of Ignatiev.

The Russian-speaking diaspora in the UK found in the person of Mikhail a reliable friend and partner to carry out activities aimed at the creation and preservation of the Russian historical and cultural heritage.

In 2015, the men’s Goodwill Tennis Tournament in London was held for the first time. Amateur tennis players from Russia and the UK met in the courts of the Royal Tennis Club. This project was organised by Mikhail Ignatiev. In the future it is planned to make the tournament even bigger and on a regular basis.

For his great contribution to the development of bilateral relations, Mikhail Ignatiev has been awarded numerous diplomas and letters of thanks from representatives of the leaders of both countries and key figures in the arts and culture.

Since 1996, Mikhail Ignatiev has been the Head of the Office of the Federal Agency for Tourism of the Russian Federation in the United Kingdom of Great Britain and Northern Ireland. 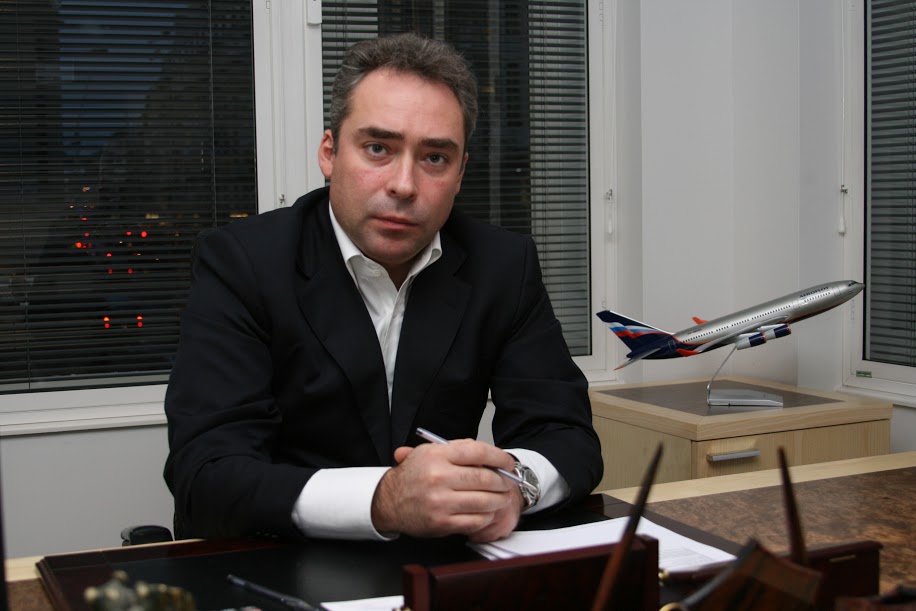 In 1992, Arkady Novikov opened his first restaurant – Sirena, which became the first seafood restaurant in the capital with a new approach to the kitchen, service, decor and atmosphere. This marked the beginning of a new, post-Soviet stage in the development of Russian restaurant business. In 2012, the first restaurant in London opened – NOVIKOV Restaurant & Bar. To date, the famous restaurateur accounts for more than 50 successful projects, four of which are in London. 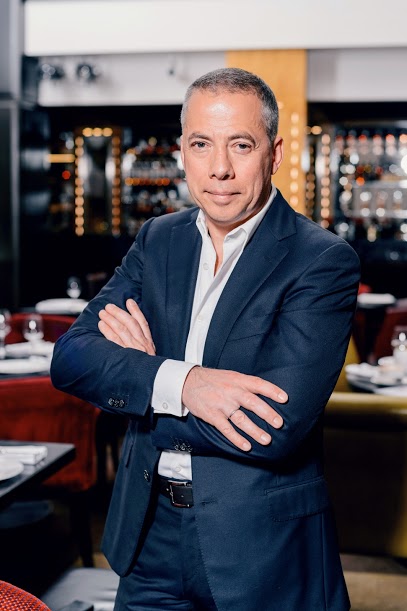 Alongside his business activities, Alexander Temerko is sought after by many major news titles around the world for his views on Russian and European energy markets. His articles and comments have featured in the Financial Times, The Wall Street Journal, The Daily Telegraph, Bloomberg, the BBC, Sky, and other leading newspapers and broadcasters. A keen historian, he is the founder and chairman of a Geneva-based charity that works to preserve world cultural heritage.

Alexander Temerko has been a member and valued supporter of the UK Conservative Party since 2012. He is a member of the party’s Leader Group and the current vice-chairman of the Cities of London & Westminster Conservative Association, and is an active contributor to other regional party associations. 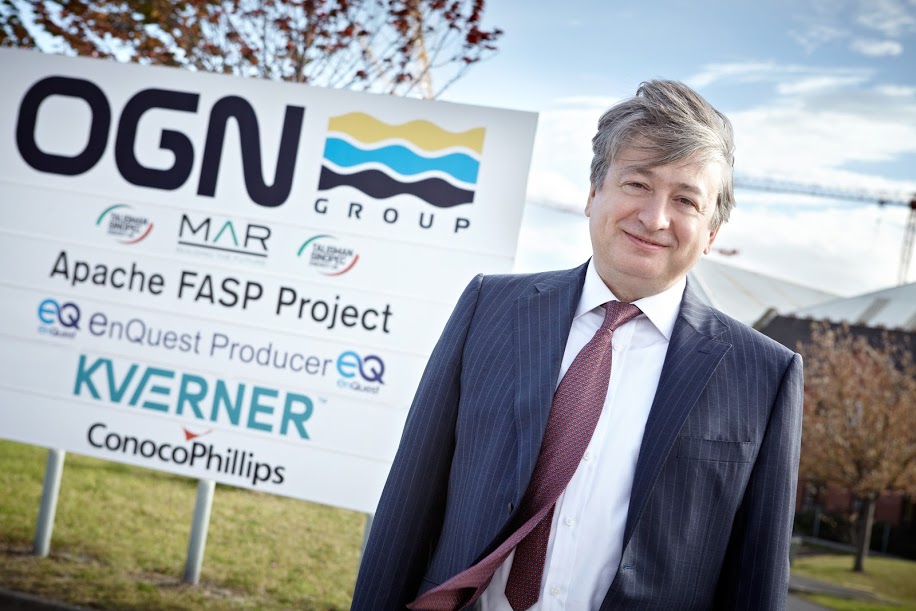 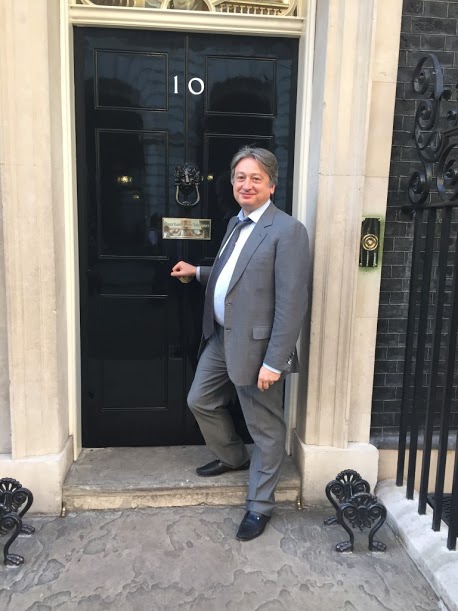 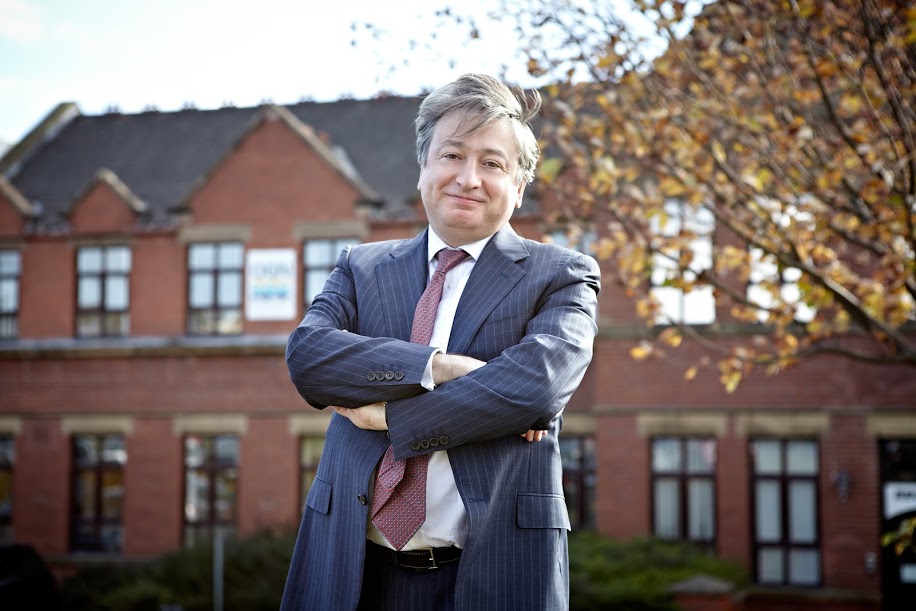 Father Desmond listed 10 companies on the London stock exchange over a 30 years period.

Baron went into real estate directly from school learning about the industry with a leading London estate agency.

In 2000, he became one of the youngest ever ceo’s of a stock exchange quoted company by listing Eurocity Properties plc onto the Alternative Investment Market (AIM) of the London stock exchange.
Eurocity was later taken over by a larger property investment company.

Subsequently operated privately dealing in commercial and residential property both in the United Kingdom and Germany.

Recently returned to the public arena as chairman of Etaireia Investments plc which is quoted on the International Securities and Derivatives Exchange stock exchange (ISDX) which has embarked on plans to build a substantial UK and European property investment portfolio.