Dear readers, this issue of our magazine is dedicated to a special date in the history of Russian Mind: 75 years ago, following a twenty-year break, the magazine was reborn in Paris.

We are proud of the history of our publication, the fate of which was not always easy, but invariably bright. Founded in 1880 in Moscow, Russian Mind went through the trials of the 1917 Revolution and was ceased by the Bolsheviks who came to power. The life of the publication continued abroad: in Sofia, Prague and Berlin, and finally in Paris. However, in 1927 the publication of the magazine was stopped. In 1947, Russian Mind was reborn in Paris as a weekly newspaper. In 2006, the wind of change relocated Russian Mind to London, where in 2011 the magazine regained its historical format. After 10 years, the magazine, by the will of fate, returned to Paris. 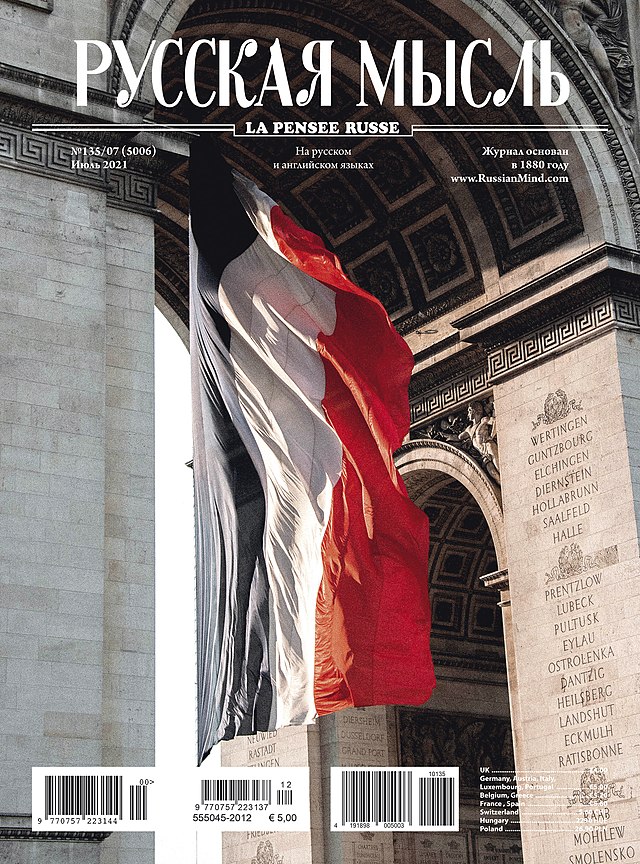 Today Russian Mind is a pan-European publication covering various aspects of the cultural and socio-political life of the Russian Diaspora, as well as Russia and other countries.

An analysis of recent events convinces us that they are the result not only of the relations between Russia and Ukraine which became sharply complicated due to disagreements in the political and other spheres, but also of the growing confrontation between the West and Russia. This underscores the importance of any actions aimed at resolving both the underlying causes of this confrontation and the inhumane developments that make such a confrontation even more challenging and causing a global conflict.

Leo Tolstoy once said: “Enlightened men cannot but know that occasions for war are always such as are not worth not only one human life, but not one-hundredth part of all that which is spent upon wars…”

It is important that governments, public organisations and citizens of all countries are as objective as possible in assessing the current events, seeking out more diverse and reliable information about their causes and the driving forces behind them. Opinions are valuable and useful to society only when they are unbiased. We all live in a fragile world that can easily be destroyed by slander, terrorism, conflicts, nuclear war. This cannot be allowed.

Russian Mind office is forced to temporarily stop delivery of the print edition of our magazine due to logistics problems. April 2022 issue of Russian Mind is already available on our website: russianmind.com. We apologize for this inconvenience and express our hope for the soonest possible improvement of the current circumstances.