Russian revolution of 1917 began for a reason: it had been prepared for a long time, they dreamed about it without understanding what its essence was

The exodus, the 100th anniversary of which we are commemorating today, seemed in 1920 to be a logical outcome of a lost battle against the ideological enemy. But this outcome turned out to be fateful. Hundreds of ships overloaded with people left the Crimea, not actually realising what was happening to them. But they paid not only for the lost battles, they also paid for the fact that they could not preserve and maintain what they seemed to love so much.

For decades, millions of the White army emigrants believed that “Russia no longer exists”. But they were packed and ready to go, hoping to return. Return to where? Because Russia “no longer exists”! Return to a cheap wood print? 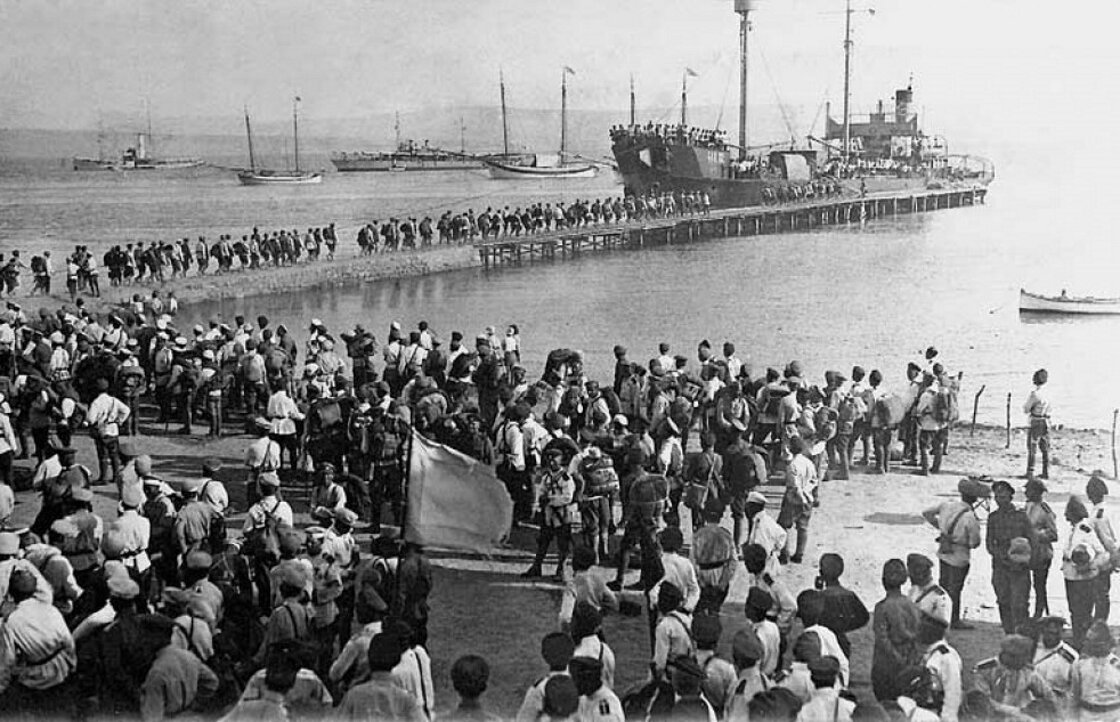 Of course, Russia did not die or did not just “survive”. The Bolsheviks, who hated the Russian Empire, would recreate it very soon after the collapse. Geographically, by 1940 the USSR was like the Russian Empire excluding Finland and Poland, and by 1945 the Kuril Islands were added as a revenge for the 1904 war lost to the Japanese.

For the Russian émigré, the 1920s and the 1930s were a period of growing confusion. The Allies had recognised Soviet Russia one after another. Moreover, the Soviet embassies opened in historical imperial buildings. And this fact clearly indicated that the West perceived the USSR as “a historical successor of historical Russia”.

Powerful pro-Soviet communist parties established in European countries, captured minds of the intelligentsia and youth. The truth about the Soviet repression was carefully concealed. Nobody wanted to know anything, and therefore the Russian émigré stewed mainly “in their own juice”. But even in this seemingly limited field there was no unity either.

That is not to say that the Soviet secret service “collaborated with émigré”. They rather watched it. Yes, there were cases when people were kidnapped in the literal sense of the word. They were killed! For example, General Kutepov. Yes, some individuals were recruited. For example, Sergei Efron, the husband of Marina Tsvetaeva, who was forced to flee to the USSR in order to avoid getting arrested by the French police. But the Soviet authorities involved in global politics realised quite early that, as a political phenomenon, the Russian émigré did not threaten the Soviet system and did not even interfere with the Soviet foreign policy.

Fascinated by the Communist experiment, the Western intelligentsia had no idea on what great Russian people were depressingly muddling along in Paris or Berlin.

So how can we determine the meaning of the Great Russian exodus a hundred years later? The Soviet Union no longer exists. But its aspects are manifested in today’s Russia. The Soviet Union was a paradoxical successor to Russian imperial greatness. But the Russian Federation is a clear successor to both tsarist Russia and the USSR.

Russian revolution of 1917 began for a reason, it did not happen suddenly: it had been prepared for a long time, they dreamed about it without understanding what its essence was. Wrangel also did not understand what he was doing: he wanted to save the army and return to fight against the Reds. He had never returned… Lenin and Trotsky made a revolution, then the USSR was built by Stalin.

During the distant First Chechen War, your humble servant happened to present in the field tent of a young senior lieutenant. I liked him immediately. His special officer bearing gave him an appearance of a “white officer” reminiscent of “The Days of the Turbins”.

Clippings cut from newspapers and magazines were pinned above the lieutenant’s bed. Unfamiliar formidable Soviet officers silently looked at me from the slightly moving tarp of the tent. And suddenly I recognised General Denikin. The fact that he was surrounded by the “Reds” who drove him across the steppes, surprised me. It did not embarrass the young lieutenant in the slightest, he just reacted: “The civil war was a war against Russia, which was fought by the hands of the Russians”. I had never heard a more precise definition.

The White Russian army exodus meant up to three million refugees, whose future was uncertain: no country then confirmed that it was ready to accept them.

The artist Dmitry Belyukin explained the idea of his famous painting “White Russia. Exodus” in the following way: “They are officers and soldiers of the army and the new guard – the Kornilov and Drozdov regiments, and also merchants, artistic circles, high school and lyceum students, State Duma deputies and noblemen being a part of His Imperial Majesty Court, professors, poets and sisters of Mercy. Ivan Bunin wearing a hat stands in the distance to the left of the chimney; the rest are generalised characters who personify the image of a Russian person, forever receding into the past”.

Today there are no refugees from Russia, but now there are more Russians living outside of Russia than ever before. The exodus actually served as an impetus: the Russians suddenly found themselves on all continents of the globe, while remaining Russians. Exodus is not an episode. Exodus is the beginning. Exodus is us, the diaspora!

The last statement by General Wrangel

People of Russia! Alone in its struggle against the oppressor, the Russian Army has been maintaining an unequal contest in its defense of the last strip of Russian territory on which law and truth hold sway.

Conscious of my responsibility, I must anticipate every possible contingency from the very beginning.

According to my order, the evacuation and embarkation began at the Crimean ports of all those who are following the Russian Army: military and civil servicemen with their families and those individuals whose safety would be threatened in case of enemy invasion.

The Army will protect embarkation, keeping in mind that the ships which are necessary for its evacuation, are also available at the ports in accordance with the approved time schedule. I have done everything that human strength can do to fulfill my duty to the Army and the population.

Our further paths are uncertain.

We have no other land, but Crimea. There is no state coffers, either. Frankly as always, I warn you all of what awaits you.

May God grant us strength and wisdom to endure this period of Russian misery, and to survive it.