The ‘To the Sons of Russia Who Fought in the Civil War’ memorial complex, which was unveiled last spring, was originally supposed to be called ‘The Monument of Reconciliation’.

The initiators of the unveiling of this monument ten years ago were Prince Nikita Dmitrievich Lobanov-Rostovsky, Count Peter Petrovich Cheremetev and the Executive Director of the International Council for Russian Compatriots Eugene Semyonovich Tabachnikov.

The idea developed in an atmosphere of serious opposition from some circles of compatriots. They did not even immediately agree on the city. Kerch, in which it had originally been planned to set up the memorial, refused to unveil it. At their meeting on the 4th of September 2020, the veterans of Sevastopol declared their strong opposition to the idea of the monument. The Reds’ descendants approved an appeal at the meeting, in which they noted: 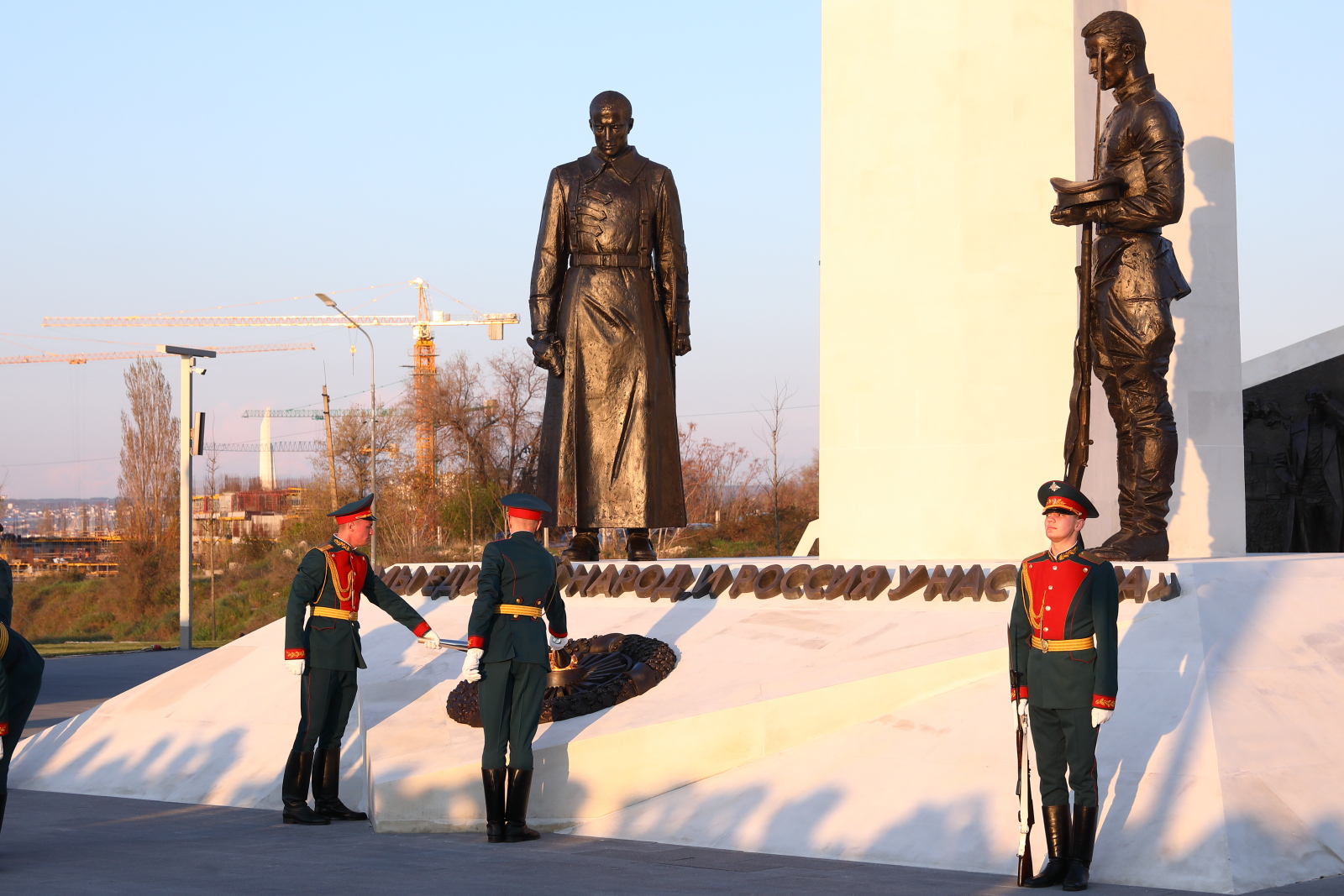 ‘Since the collapse of our great power an ideology alien to our people has been imposed on us. The vicious programme of “de-Sovietization” presents our homeland, the USSR, as a criminal State in which repressions were the key issues. And the fact that within just eighteen years after the bloody Civil War Russia (once backward and illiterate) became a leading country in the world, first went into outer space and became a mighty nuclear power, has been deliberately hushed up. False information on the legendary Soviet Union is being imposed on students, while information on the achievements of the talented Soviet people, who gained unprecedented success in all spheres of human activity, is being hushed up. With the negative it is impossible to bring up a generation of patriots who are ready to stand to defend their Fatherland. We, who grew up in the USSR, remember our Great Motherland and defend its greatness.

‘We are surprised and outraged by the attitude of local authorities to the so-called “White flight”. <…> During the First World War of 1914–1917, which had nothing to do with the interests of Russia, the loss of military personnel and civilians amounted to 4.5 million. Losses during the Civil War reached 8 million. <…> Now it’s time to remember who and against whom the volunteer and other White armies fought with weapons in their hands. They fought against the Red Army and our people shoulder to shoulder with fourteen countries of the Entente, among which were the UK, France, Germany, the USA and Japan. <…> So, to whom are the city authorities going to open a monument of reconciliation?’

There are even more unfriendly remarks about the ‘Whites’ in the veterans’ appeal. And this is what a descendant of the ‘Whites’, Prince Alexander Trubetskoy (who, like the Sevastopol veterans, was an opponent of the memorial’s construction), wrote:

‘I repeat: there can be no reconciliation yet, but we can talk of an “armistice” that allows us to look at Russia, its future, and fight against its many Atlantic enemies together.’

The biography of Alexander Alexandrovich convinced me of the high moral qualities of this descendant of the ‘Whites’. I think that Prince Trubetskoy expresses the position of many descendants of those who had been forced to leave Russia 100 years ago. He, like Prince Nikita Dmitrievich, was born and brought up in a family of true patriots of Russia. Their parents really passed on their love and pain of separation from the Fatherland to their children. They are united in their definition of Motherland and Fatherland. For Nikita Dmitrievich the Motherland was Bulgaria, and for Alexander Alexandrovich it was France. And for both the fatherland was Russia. This is how they were brought up. In them Russia has lost two wonderful sons.

Why do they have different stances regarding the Monument? Why do the veterans of Sevastopol agree with A.A. Trubetskoy in this matter, when in other respects they are irreconcilable enemies? What should be done in order for them to come to the conclusion that this Monument is not only needed, but vital?!

How to reach mutual understanding between descendants of the ‘Whites’ and the ‘Reds’? The veterans of Sevastopol must feel keenly the horror and despair of those who left Russia in November 1920. It was the greatest exodus. According to many experts in modern Russia, the ‘White flight’ deprived Russia of a host of educated, gifted and devoted citizens. The former Soviet people cannot remain indifferent to the trials that befell those who made up their minds to leave Soviet Russia! 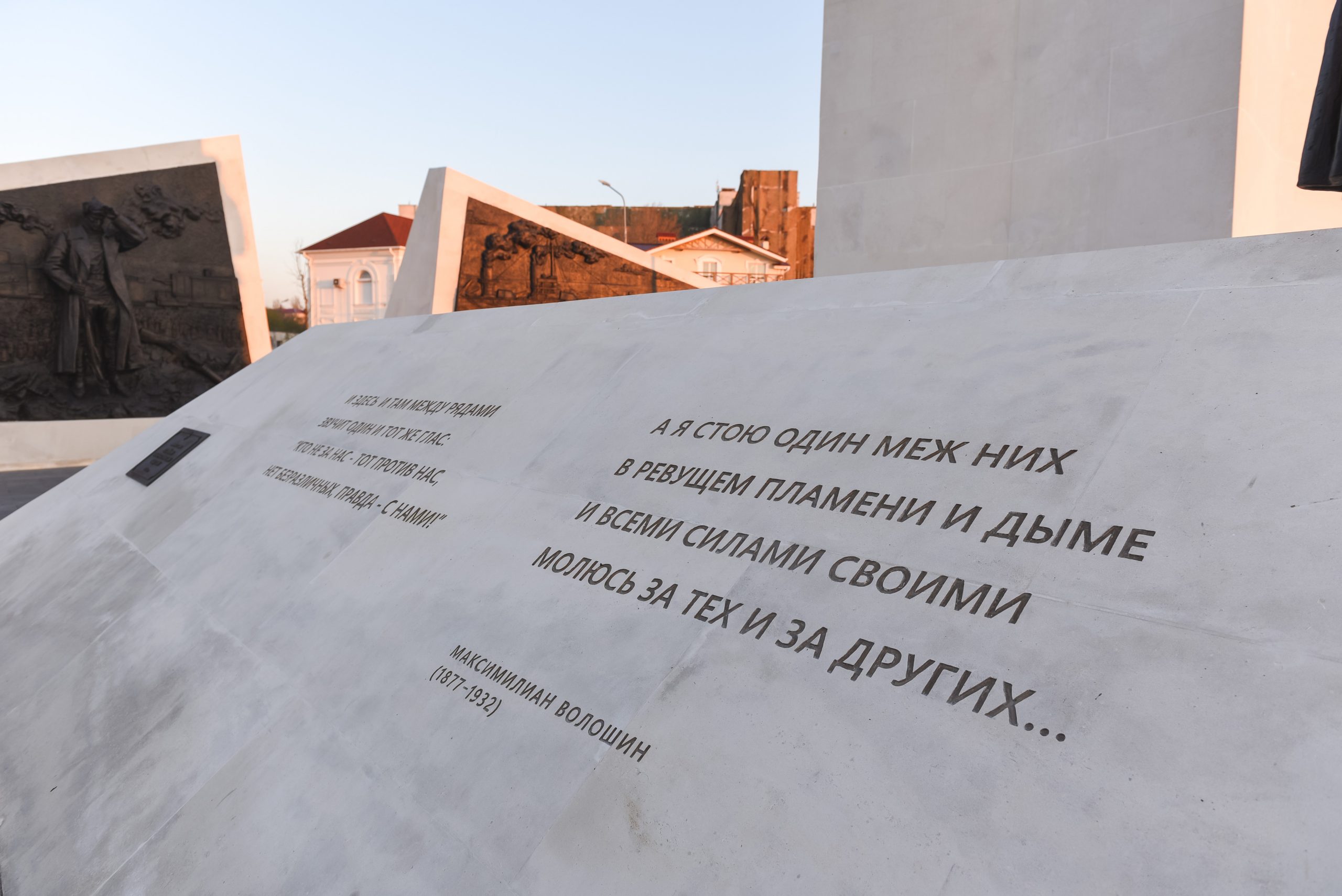 What can prompt the ‘Whites’ to forgive the terrible suffering of those who remained in Russia? The emigres of the Great Russian Exodus survived precisely because they had left the country. But not all of them were able to do it. None of the ‘ex-Whites’ who had remained was spared. Many were tormented by slander, and their lives were put on the altar of freedom and justice. But questions to Russian citizens of noble origin remain – they can be heard to this day. Many of them were asked at the meeting of the veterans of Sevastopol. Why do the White emigres never and nowhere admit that Russia, having transformed into the Union of Soviet Socialist Republics, became the mightiest superpower in the world – technically, culturally, scientifically, militarily, and morally? It is fearful to think what would have happened to the world had the USSR lost in the Great Patriotic War.

Why did the Revolution take place? Each of those who asked this question found their own answer, but the main one boils down to the following – all people should have equal opportunities. This is the highest justice. There have never been equal opportunities in Russia. Among those who understood this was the philosopher, jurist and public figure Yevgeny Nikolaevich Trubetskoy, whose descendant Alexander Alexandrovich Trubetskoy is.

These two opinions show very clearly that the Civil War, which ended 100 years ago as a military and bloody conflict, continued in people’s minds as a permanent confrontation of ideological contradictions. It has been going on all these years, continuing to this day. But it is imperative that we prevent it from developing into a bloody stage.

Last April, the following opinion was expressed on websites dedicated to discussing the possibility of any real reconciliation: ‘Today, an attempt of reconciliation in the Civil War is perceived as an attempt to explain that the monarchy, the poverty of working people, the rights of the nobility and wealth by birthright, the parasitic life of the ”elite” is normal… But there will be no reconciliation in Russia.’

The monument to the ‘Sons of Russia who fought in the Civil War’, which, in spite of everything, is perceived as a ‘Monument of Reconciliation’, was unveiled in our time of forgetfulness, a time characterised by instant gratification, the cultivation of a society of consumers not citizens striving to the realization of the mission of Russia and its ethnic groups. Such a monument is a reminder that civil war is one of the most terrible evils and people must learn to argue without rattling the sabre, all the more not to go to war against compatriots. Let’s not forget history.

The world keeps changing. Technological progress cannot be stopped: new people are being born with new ideas for the transformation of the beautiful face of our planet. We must hope that the world will overcome the new difficulties and for many centuries there will be the powerful and beautiful state of Russia, with an interesting history and outstanding deeds of those who lived before us and loved this land. If only we preserve our monuments on this land, preserve what was accomplished for us by millions of our ancestors, the freedom of thought and speech, our language and unique culture. If only we live to see a new generation of people – young people who love Russia and the entire world.

May the Monument of Reconciliation in the city of Sevastopol be a perpetual reminder to them of the inadmissibility of war with your compatriots and of war as such. And may the grateful descendants remember the names of those who deemed it their duty to unveil this wonderful memorial.

Some rose from the underground,
Some from exile, factories, mines,
Poisoned by suspicious freedom
And the bitter smoke of cities.
Others from military ranks,
From noblemen’s ravished nests,
Where to the country churchyard
They carried dead fathers and brothers.
In some even now is not extinguished
The intoxication of immemorial conflagrations;
And the wild free spirit of the steppe,
Of both the Razins and the Kudaiars, lives on.
In others, deprived of all roots, is
The torn fabric and sad discord of our days –
The putrefied spirit of the Neva capital,
Tolstoy and Chekhov, Dostoyevsky.
Some raise on placards
Their ravings about bourgeois evil,
About the radiant pure proletariat,
A Philistine paradise on earth.
In others is all the blossom and rot of empires,
All the gold, all the decay of ideas,
The splendor of all great fetishes,
And of all scientific superstition.
Some go to liberate
Moscow and forge Russia anew,
Others, after unleashing the elements,

Want to remake the entire world.
In these and in others war inspires
Anger, greed, the dark intoxication of wild outbursts –
And in a greedy pack the plunderer
Afterward steals to heroes and leaders
In order to break up and sell out to enemies
The wondrously beautiful might of Russia,
To let rot piles of wheat,
To dishonor her heavens,
To devour her riches, incinerate her forests,
And suck dry her seas and ore.
And the thunder of battles will not cease
Across all the expanses of the southern steppes
Amid the golden splendor
Of harvests trampled by horses.
Both here and there among the ranks
Resounds one and the same voice:
“Who is not with us is against us!”
“No one is indifferent, truth is with us!”
And I stand one among them
In the howling flame and smoke
And with all my strength
I pray for them and for the others.