The opening ceremony of the Russian Orthodox Spiritual and Cultural Center took place in Paris on October 19. The concept of the magnificent architectural complex belongs to Jean-Michel Wilmotte, a brilliant French architect, who managed to find the right balance between contemporary artistic radicalism, and the equally radical classicism of Russian Orthodox’s golden domes. Now the Orthodox Cross rises above Paris, on the Seine embankment, just by the Eiffel Tower. The entire building has a surprisingly balanced and harmonious appearance: faultless.

The Center is still under construction – Holy Trinity Cathedral will be dedicated in December, but it already has the admiration of delighted Parisians driving by.
His Holiness is expected to arrive for the dedication of the cathedral which has already been officially announced.

‘Christianity cannot be isolated from the world and it continues its movement within the world. Without separation from the world, it should be its victor’, Nikolai Berdyaev wrote.

The Russian Orthodox Spiritual and Cultural Center located in Quai Branly Street is a perfect illustration of this. 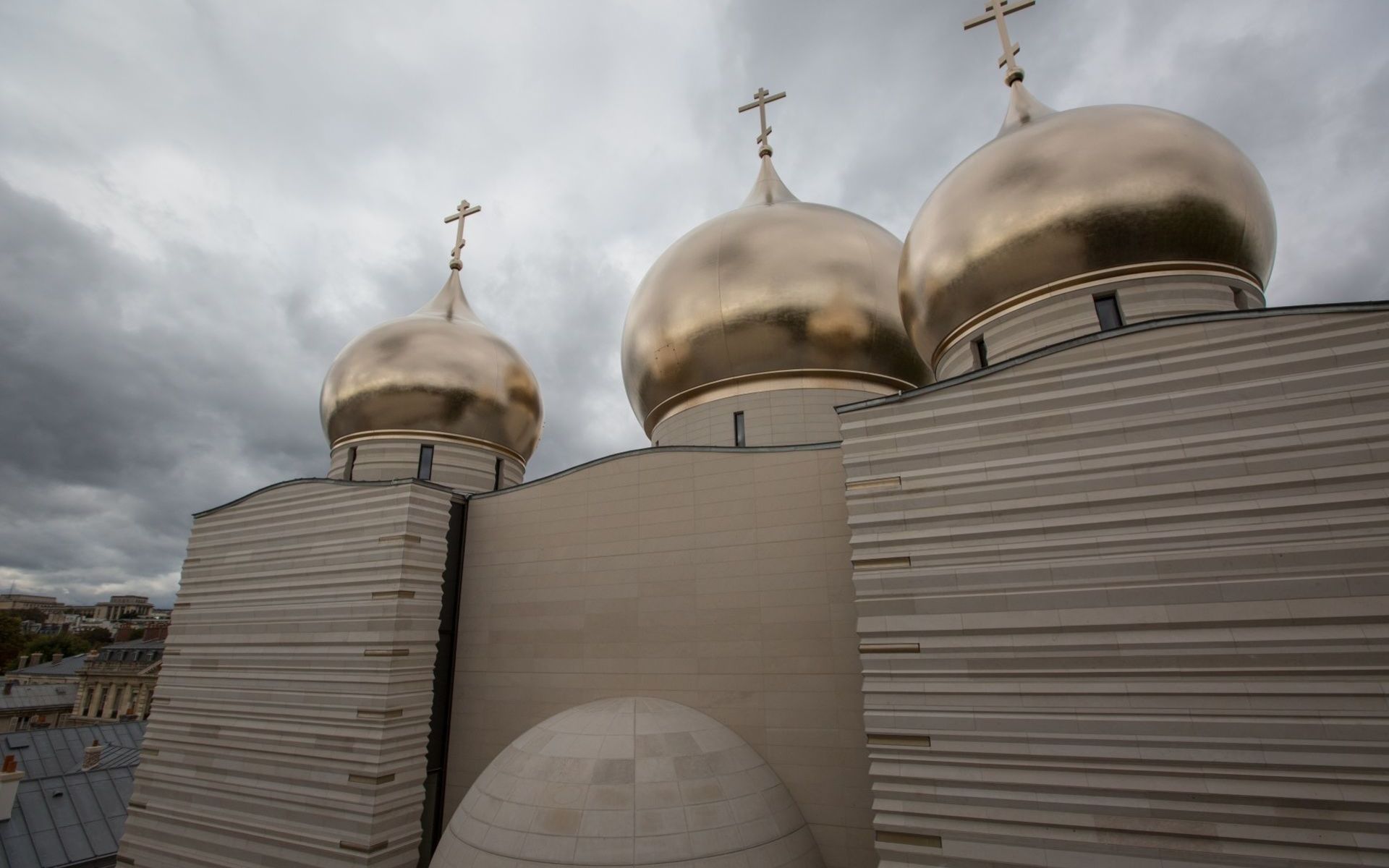