Some US conservatives believe that Muslims are going to demographically take over Europe, turning it into a “ Eurabia ”

There is a lot of anti-immigrant rhetoric in UK, Russia and America. The complaints are pretty similar: they steal our jobs; commit crimes; etc. In my opinion, their real sin is to be willing to do the work that Americans / British / Russians are no longer willing to do for low wages, and they are easier scapegoats for the economic problems than the politicians, bankers, and others who have wealth and power. As a rule, the crowd picks on the weak and the perceived losers.

Most low skilled migrants to the US come from the poorer, southern areas of Mexico and from Central America. They are widely employed as agricultural labourers throughout the US south-west and Texas; as nannies everywhere (including the North); and as construction workers. The US is more successful at integrating immigrants than either Russia or the UK, possibly due to its “melting pot” traditions. Americans are far more understanding of people who have difficulties communicating in English, and immigrants have a far easier time getting a job than their equivalents in Britain. As long as Immigration and Customs Enforcement (ICE) and the Department of Homeland Security (DHS) stays off their backs, some of them do quite well. Their children can attend US schools for free (though problems can start up once they apply to universities, where background checks are more stringent). Any children born in the US automatically become citizens, for this reason they are disparagingly called “anchor babies” by anti-immigrant activists. If they are apprehended by ICE, then they are typically put through deportation proceedings. They can hire a lawyer or the government appoints one for them. If they are found guilty of illegally entering the US, they are driven over the Mexican border (or flown to their country of origin) at government expense and barred from returning for many years, or for life if the immigrant has committed a felony while in the US.

The US immigration process, pursued by the rulebook, is incredibly inefficient, taxing, and idiotic. A skilled foreign worker needs an H1-B work visa for 6 years before he becomes eligible for a Green Card, which entitles him to Legal Permanent Residency (if he changes employer, the clock starts ticking from the beginning again; furthermore, during this time, his spouse cannot work unless she also has a work visa). After getting a Green Card, it takes five more years to become a US citizen, during which time it is impossible to go abroad for any long period of time without risking the permanent residency (two years is the absolute maximum if you exploit all bureaucratic channels). To America’s detriment, many decide that spending 11 years in this state of limbo just isn’t worth it and thus return back to China, India or Eastern Europe after getting an American degree or work experience in the US.

In the UK, most low skilled migrants come from the Indian subcontinent (Pakistan, Bangladesh); Africa; and eastern European countries such as Poland, Latvia, etc. As far as I know, the Pakistanis and Bangladeshis are now mostly the family members and relatives of previous immigrants who have already settled in the UK. The eastern Europeans are more recent arrivals, coinciding with the opening of its labour markets to the new EU members in the east (it was the only country to do so along with Ireland and Sweden). The result was a sharp rise in Polish migration – approximately 500,000 in total – where they worked as plumbers, construction workers, agricultural workers, and in the service industry. However, it’s a very transient migration wave. Following the post 2008 recession, many – perhaps most of them – have returned to Poland (which is now doing very well, economically).

The Pakistani and Bangladeshi communities are there to stay, arguably to Britain’s detriment, as not only have they transformed many inner cities into areas of urban blight (e.g. Luton, Burnley, Leicester), but they also form the bulk of the British Muslim community, which is by far the most radicalized and anti-progressive in Western Europe. For instance, in polls more than a third of them support the death penalty for apostasy.

This isn’t just reflected in the figures, or the photos of extremists carrying placards with “Behead Those Who Insult Islam” on them, the areas in which these communities predominate are no go areas, because of the gangs and high crime rates. They also have very backward ideas on women’s rights. Once when I was shopping for groceries with a female friend who happened to have dark features, which I guess could pass for South Asian ones, a bearded Asian man began hurling slurs at her for exposing herself, i.e. wearing a T-shirt, forcing me to resolutely intervene. Now all this might sound stereotypical, prejudicial, racist, etc. to liberals who’ve never lived or even wandered into such areas, but they are just the facts on the ground.

Some US conservatives believe that Muslims are going to demographically take over Europe, turning it into a “Eurabia”. This is, by and large, fear-mongering nonsense, including the British variant of the Eurabia scenario: “Londonistan”. The fact is that Muslims are only about 3% of the British population, they are highly fragmented by ethnicity and levels of religious devotion, and their fertility rates – though higher – are steadily converging to the UK average. In the next generation, though the UK will become a more Muslim country, minarets won’t replace Oxford’s “dreaming spires” any time soon. Nor, by the way, is Russia going to become majority Muslim (despite analysts / propagandists who argue otherwise). They constitute a maximum of 10% of the population (polls actually indicate 4-6%), and the two largest Muslim ethnicities – Tatars and Bashkirs – have fertility rates that are no different from those of ethnic Russians. In fact, the only Russian Muslim group with fertility rates substantially above replacement level rates are the Chechens, of whom there are only about one million.

Migrants in Russia– called “Gastarbeiters”, from the German name for Turkish guest workers – are typically from the poorer countries of the “Near Abroad”: Uzbeks, Ukrainians, Tajiks, Kyrgyz, Georgians, Armenians, and Moldovans. The Central Asians dominate construction work, Caucasians dominate open air markets / bazaars, while Slavs tend to work in services like interior decorating or hairdressing. The typical pattern is for them to arrive legally – Russia has visa-less travel with the former Soviet republics, with the right to reside up to three months – but they work illegally and overstay. The migrants live in communal apartments in out of the way places, and their employers typically arrange bribes for the police to leave them alone as long as they don’t make trouble.

Their lives are unpleasant, access to social services is far more limited than for illegal immigrants in the US, and they always live under a cloud of arbitrary deportation (sometimes, for political reasons: once, there was a large campaign at expelling Georgian illegals after a serious deterioration in relations with Georgia). Nonetheless, around 5-8 million of them have decided to come nonetheless, because of the salary differentials. Whereas a Tajik can expect to earn perhaps $80 per month in construction in his home country, in Russia the equivalent figure is $500 or more. 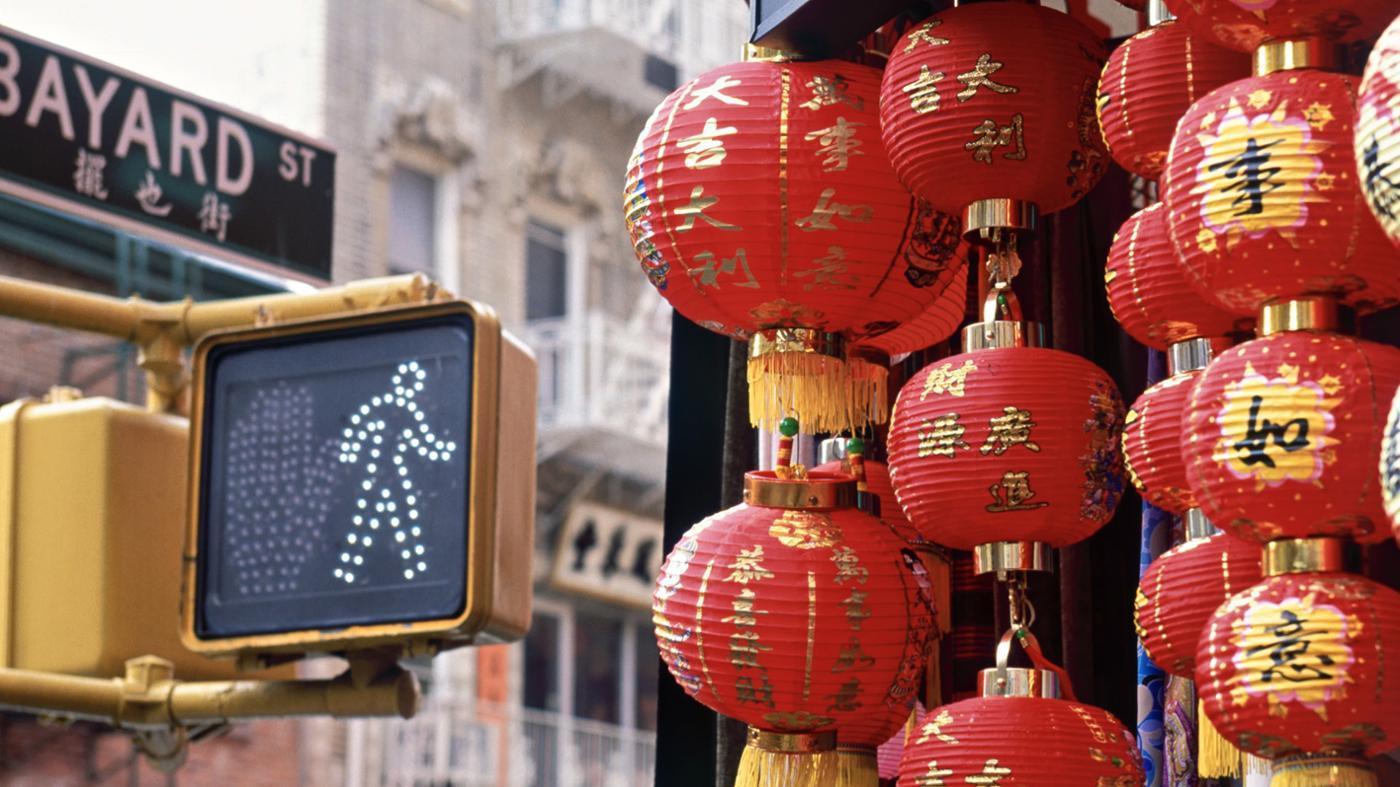 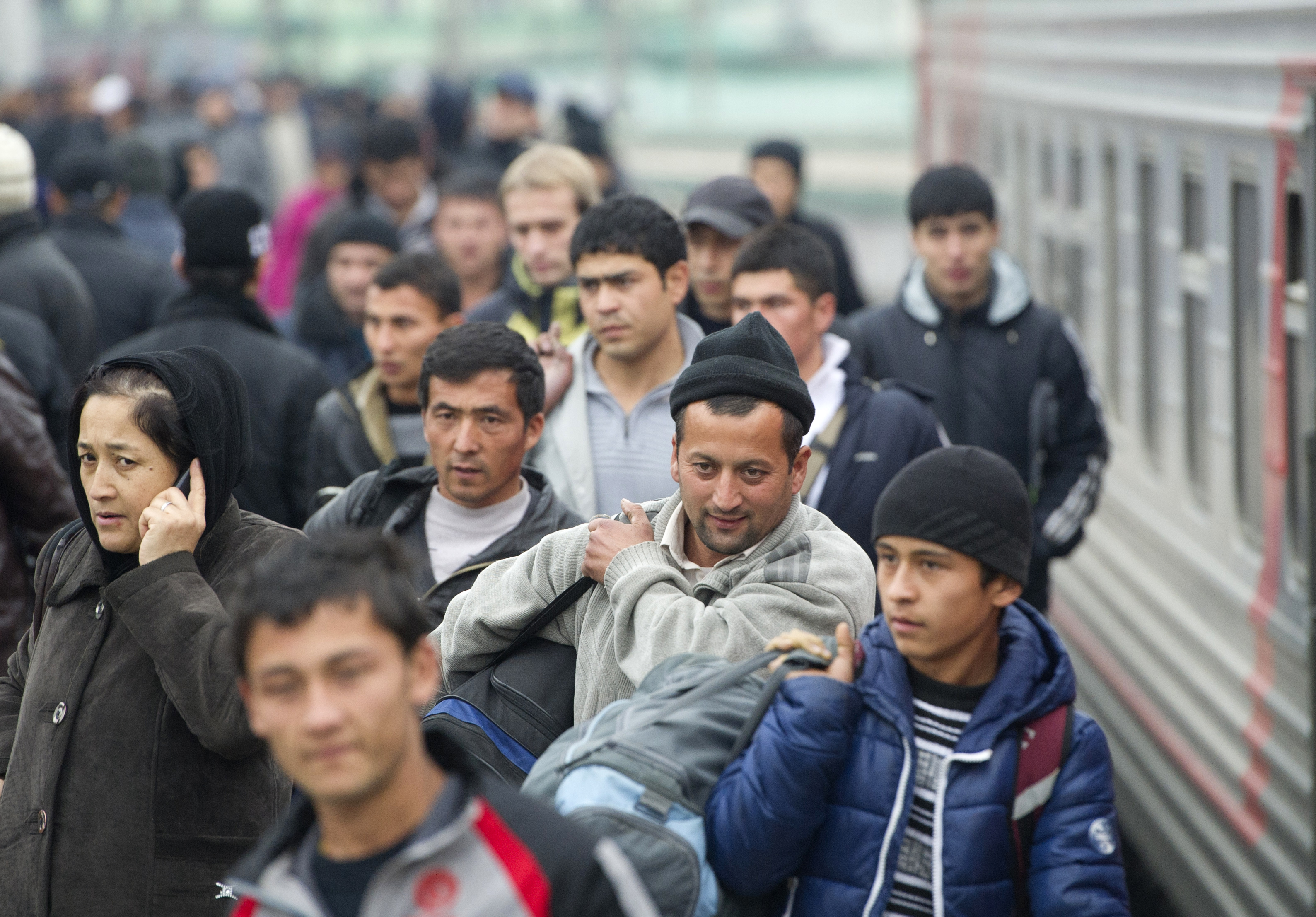