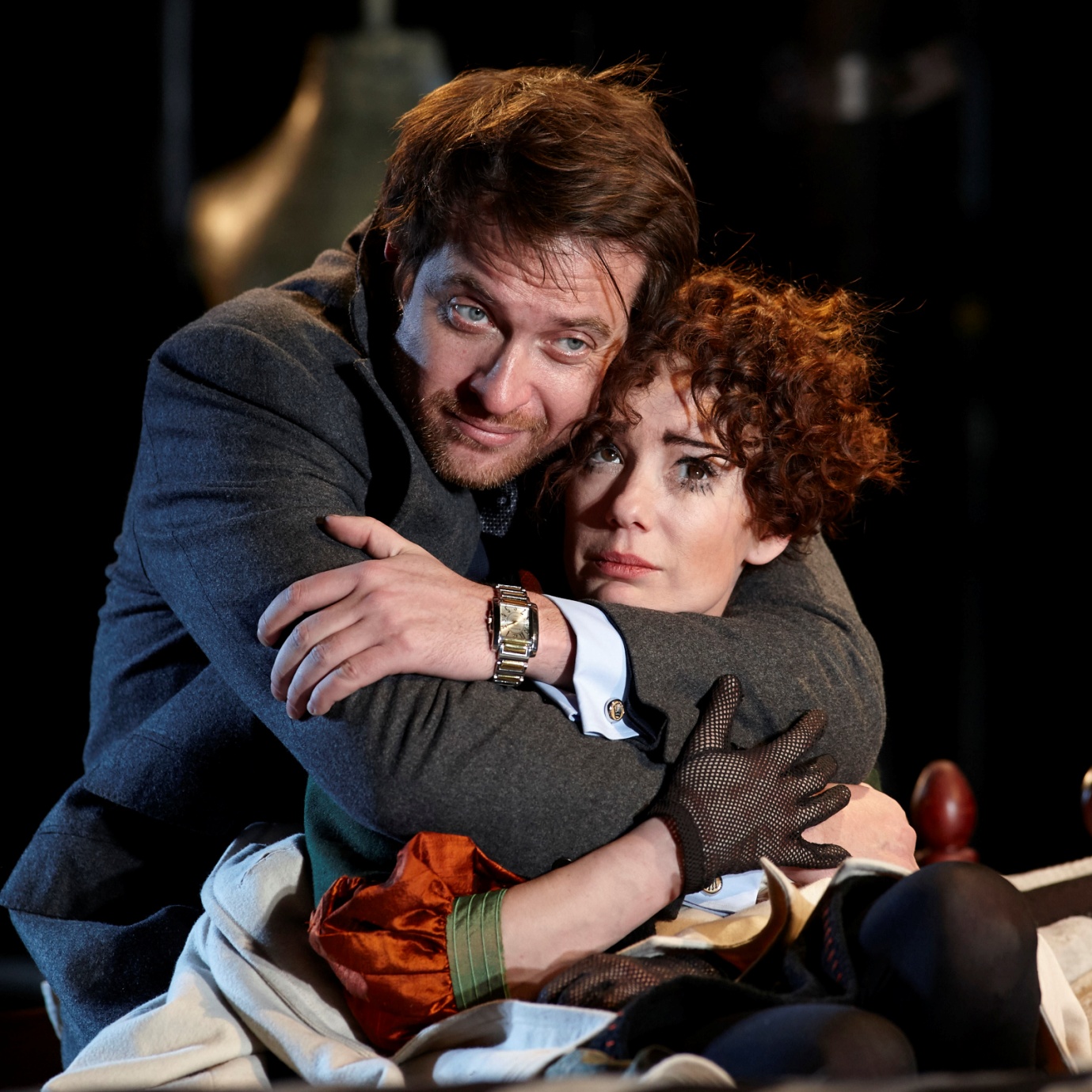 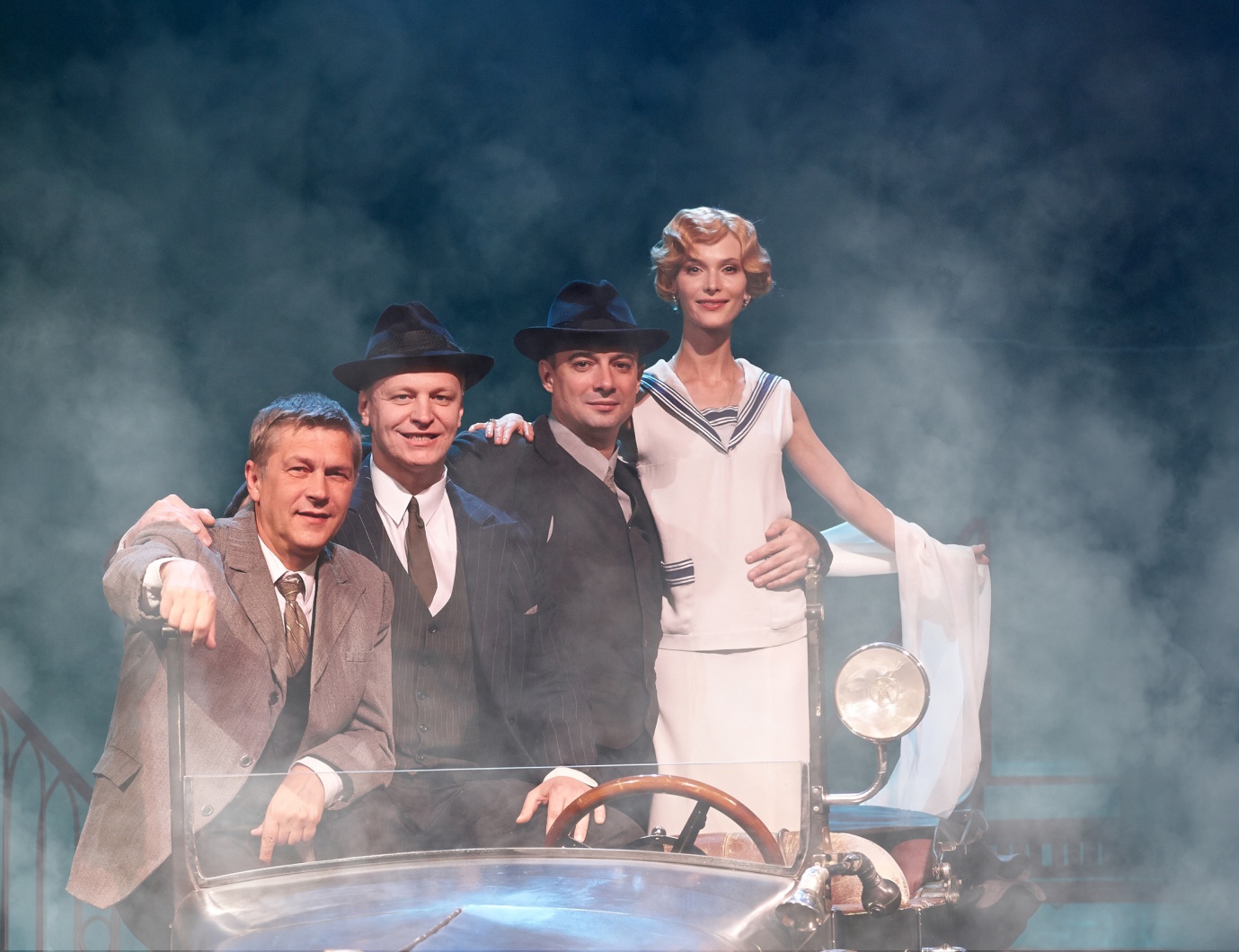 Sovremennik Theatre (Russia’s oldest theatre company) makes a welcome return to London this May, (following a successful season at the Noël Coward Theatre in 2011) with a triple bill of plays at the Piccadilly Theatre. Three Comrades, Two for the Seesaw and The Three Sisters will be performed in Russian with English surtitles and directed by The Sovremennik’s Artistic Director Galina Volchek, one of the founding members of The Sovremennik and regarded as one of Russia’s greatest theatre practitioners. The Sovremmennik is one of Russia’s most respected theatre companies, recognised around the world for its tradition of staging intense psychological dramas and bold productions of contemporary plays, Russian classics and international work. The London season will feature a cast and crew of over 100 including acclaimed Russian film, theatre and television actress and humanitarian Chulpan Kahmatova.

The season begins on 3 May with Three Comrades, based on the 1936 novel by acclaimed German author Erich Maria Remarque (who also wrote All Quiet on the Western Front). Set in Germany at the height of the depression, it tells the story of Robert Lohkamp, a disillusioned figure whose outlook on life is marred by his horrifying experiences in the trenches during the First World War. He shares his experiences with his friends with whom he struggles to make a living as a mechanic. When Robert meets a beautiful and mysterious young woman, his nihilistic outlook starts to change.

This is followed on 8 May by a Russian twist on the poignant and compelling American drama Two for the Seesaw by William Gibson. Set in New York, the play follows the course of an intense and tempestuous affair between a brooding Nebraska lawyer who has relocated to New York to escape his marriage and an eccentric dancer he meets at a party. Their relationship comes into jeopardy as their lingering ties to previous partners and their different backgrounds and temperaments come to the fore. Two of Russia’s greatest actors Chulpan Khamatova and Kirill Safanov will perform the lead roles. Written in 1958, the original Broadway production of Two for the Seesaw ran for 750 performances and featured Henry Fond and Anne Bancroft. It was also adapted for film in 1962, directed by Robert Wise and starring Robert Mitchum and Shirley MacLaine.

The season conclude with the return of The Sovremennik’s ‘revelatory’ (Daily Telegraph, 4 stars) production of Anton Chekov’s The Three Sisters. Critically acclaimed across the world, this production is regarded as one of the seminal versions of Chekov’s classic tale. The first play that Chekov wrote specifically for the Moscow Art Theatre, The Three Sisters, like many of his works, explores the decay of the privileged class in Russia and their search for meaning in the modern world. Three sisters, Olga, Masha and Irina Prozorov yearn for a life in Moscow away from their provincial home. As a succession of guests, family and lovers visit their house, events unfold that will shape their destinies. This production offers another opportunity to experience Chekov’s classic drama in its original language.

Galina Volcheck biography
Galina Volchek is a household name in Russia, a celebrated theatre and film director, actor and teacher. A graduate of the Moscow Art Theatre School, she went on to co-found the Sovremennik Theatre together with Igor Kvasha, Oleg Tabakov, Oleg Yefremov and Yevgeniy Yevstigneyev. Volchek has been executive director of the theatre since 1972, and artistic director since 1989. She has over thirty stage productions to her name as director, many of which have toured around the world.

In 1995 Volchek was elected a deputy of the State Duma, a position she held till 1999. Volchek is a recipient of the USSR State Prize (1967), and was named a People’s Artists of the USSR (1989). She is also a Full Cavalier of the Order ‘For Merit to the Fatherland’, the highest Civilian decoration in the Russian Federation.

Chulpan Khamatova biography
Chulpan Khamatova is a Russian film, theater and television actor. A graduate of both Moscow State University and the Russian Academy of Theatre Arts (GITIS), she has become one of the most recognizable stars of stage and screen. Fluent in four languages, Khamatova made her film debut in Vadim Abdrashitov’s Vremya Tantsora (1998). She won critical praise after playing the lead in Country of the Deaf (1998), and gained international acclaim for her role in the 2003 German film Good Bye Lenin!

In 2004 Khamtova was awarded the State Prize by President Putin, and went on to serve on the jury for the 2006 Venice Film Festival. She has been a permanent member of the Sovremennik Theatre since her graduation.