Victor Loupan, Head of the Editorial Board

If Europe fails to review its development ideas, then power in diff erent countries will be taken by anti-EU parties pushing for referendums similar to Britain’s one

Having voted on 23 June referendum to leave the European Union, British voters evaluated the declaration of the will of the people to be the highest democratic value.

Of course, they had been in the knowledge of the critical nature of the referendum initiated by David Cameron, a short-sighted Prime Minister, solely on the basis of the politician’s considerations arising from the internal situation within the Conservative Party.

British Tories are deeply separated in their perception of the EU, European integration, and European Utopia at large.

But British provincial voters, who mainly have won this referendum, possibly could not expect the truly exotic reaction demonstrated by the political establishment both in Brussels and in other European capitals.

This is because the EU is actually based on the “irreversibility and irretrievability” doctrine. From this point of view, the EU is anything like the USSR which ideologists also supposed the things to stay irreversible and irretrievable.

But we know how poor the end of the Soviet experience was. The European experience is expected to come to the same end, however, from a historical point of view it differs a lot from the Soviet one – primarily, due to its democratic and pluralistic nature.

But, in terms of ideology, these two historical experiments are very similar to each other due to their extreme ideologization. An ideologization is commonly based on denial of reality, whether it be political, historical, human, or economic reality, that leads to a new wave of totalitarianism called by Alexander Zinoviev as the “totalitarian democracy”, or the “democratic totalitarianism”.

A real democracy is based on the idea that the citizens not only have the rights but also have the opportunities to use them. EU citizens have a lot of rights but few opportunities to use them. First of all, it comes from the fact that the EU legislation prevails over the legislation of EU members. It leads to a secondary role of the national sovereignty. But if the sovereignty plays a secondary role, then a democracy will also be of secondary importance, as the sovereignty is an expression of the will of the people. The democracy may be national only. It cannot be international, and this is critical.

Demos kratos means “the power of the people”. People, or nation, is the principal core that is needed for this power to be realized. There are no “international nations”. International community is the community consisting of various nations, speaking different languages, having different history and different political traditions.

A furious ambition of the existing EU authorities and ideologists to unify everything resulted in Euroscepticism, Europhobia and, at the end, Brexit.

In the very early morning on 24 June, upon knowledge of the fact that British voters had in a convincing manner voted to leave the European Union, both economical and political panic appeared in other European capitals. The expression of will of the UK people was perceived by the establishment like a prediction on future similar referendums in some other member countries that might lead to the end of the European Union. But the EU collapse shall mean the collapse of the entire world system established by the Americans and their beneficiaries upon the Soviet Union’s and the entire Eastern bloc’s dissolution.

Nowadays a wrong essence of that system became notorious, but no one desires it to be collapsed, as even Russia opposing that system is still dependent on it. Both Russia and China need Europe to stay stable and well-situated.

As a result, having expressed the will in a democratic manner, the British people stayed alone. The referendum summation has sent a fateful signal to observers, something like a warning bell denouncing a terrifying collapse which may bring unpredictable consequences. It is an irrational and tortuous panic. Deep sociological research conducted by American universities and international independent research institutions had provided long before that a number ofтunsatisfied people in all EU members increased. For example, the percentage of Eurosceptics and Europhobs in France is much higher than in the UK. The same situation is in the Netherlands, Austria, Hungary, Czech Republic, and Poland. And there is nothing to say about Greece, Spain, Italy, and Portugal whose populations are drifting into poverty as a result of the dogmatic introduction of the Euro as a unified currency.

Ultimately, Germany is the only state not suffering from demagogical introduction of a common and sole European currency.
Honestly speaking, today no one knows the future. Some experts in Brussels say, a discussion on Brexit will be at a dead-end soon and the UK will stay the EU member.

Conceptually, the EU Treaty had established that a discussion of withdrawal of a specific state from the EU may not exceed a two year period following the moment of declaration of its will. It is stipulated by paragraph 50. The UK had not expressed such a will yet, but Prime Minister Cameron declared that he would transfer such a burden to his successor, a new Prime Minister and a Conservative leader, who would be promoted by the party congress this October. Before that, Cameron plans to continue in power and “prepare the country for the coming hard transition period”.

Well-recognized experts in some countries assert that the prospective withdrawal of the UK from the European Union is not so bad due to the fact that the United Kingdom had not signed the Schengen Agreement. But what is more important, the Kingdom is not a part of the euro region.

Pound sterling has always been the British currency, but not Euro. Actually, British membership in the European Union is mostly oriented on business and maybe even commerce, as contrasted with France, Germany, or Italy. The EU never attracted the UK people in terms of politics. Many of them even suppose that the idea of European integration comes up against the principles of globalism and global economy. As opposed to other European nations living in advanced countries, the UK people reject intra-European migration even harder than migration from Asia or Africa.

They cannot leave behind the fact that more than two million migrants from Poland and other states of Eastern Europe legally moved to the Kingdom just within one year period. The main difficulty was they could not protest against this due to various European agreements signed by the British government. It is also important to know, that the population of the UK is similar to
France (nearly 65 million people). But France’s territory is three times larger than the UK territory. This is why such huge migration makes sense.

Campaigns held by Brexit supporters and detractors prior to the voting on a referendum can be characterized as too lightweight.
The detractors had continuously warned the supporters about “dire consequences”, not recognizing that a negative campaign, first of all, emphasized the incompetence of the involved persons to support their own idea with positive arguments. Actually, it was hard for them to argue, as the economical status of the UK people had changed for the worse in the last 20 years. So, the only argument the detractors used to Remain, was a bogeyman. Leave supporters also made a negative campaign. It was simply based on claims and blames, but not on “bogeyman” stories in contrast with their opponents.

Paradoxically, both parties were right. But they all missed the core essence which was the political, I would even say, revolutionary, nature of the event which happened on 23 June.

Political disruption always involves economical consequences which are continuous and variable. It is principally pointless to warn about them, because politics prevail over economics in democracy. Stumpers and pen pushers in Brussels as well as their supporters in various European administrative offices have forgotten it long, long ago.

Now they stand the racket for their inexcusable mindedness.

Recovery of nations may really bring dire consequences. It has something spontaneous in its nature. It produces new leaders, new political concepts. It may lead to violence and bloodshed, but no one can prevent it. Recovery of nations is an aftermath of, or reaction to, the intolerable situation. In this context, an intolerable factor is not the economic downfall – Europeans still have a better status in comparison with other regions, – but despisal experienced by the European beau monde towards their own peoples voting for a long time for undefined candidates and for undefined purposes. “All was confusion in the house of the Oblonskys”, – Lev Tolstoy wrote in his “Anna Karenina”. The same confusion is observed here: a right-wing party is other than a right-wing party, a left-wing party is other than a left-wing party, and politics is other than politics. Such an intolerable sense of desperation and lack of options led to Brexit.

Let’s wait and see! If Europe fails to review its development ideas cardinally, then power in different countries will be taken by straightly anti-EU parties pushing for referendums similar to Britain’s, that will lead to the cataclysmic implosion of the entire system.

Only blind people may not see the prerevolutionary nature of the current European events. 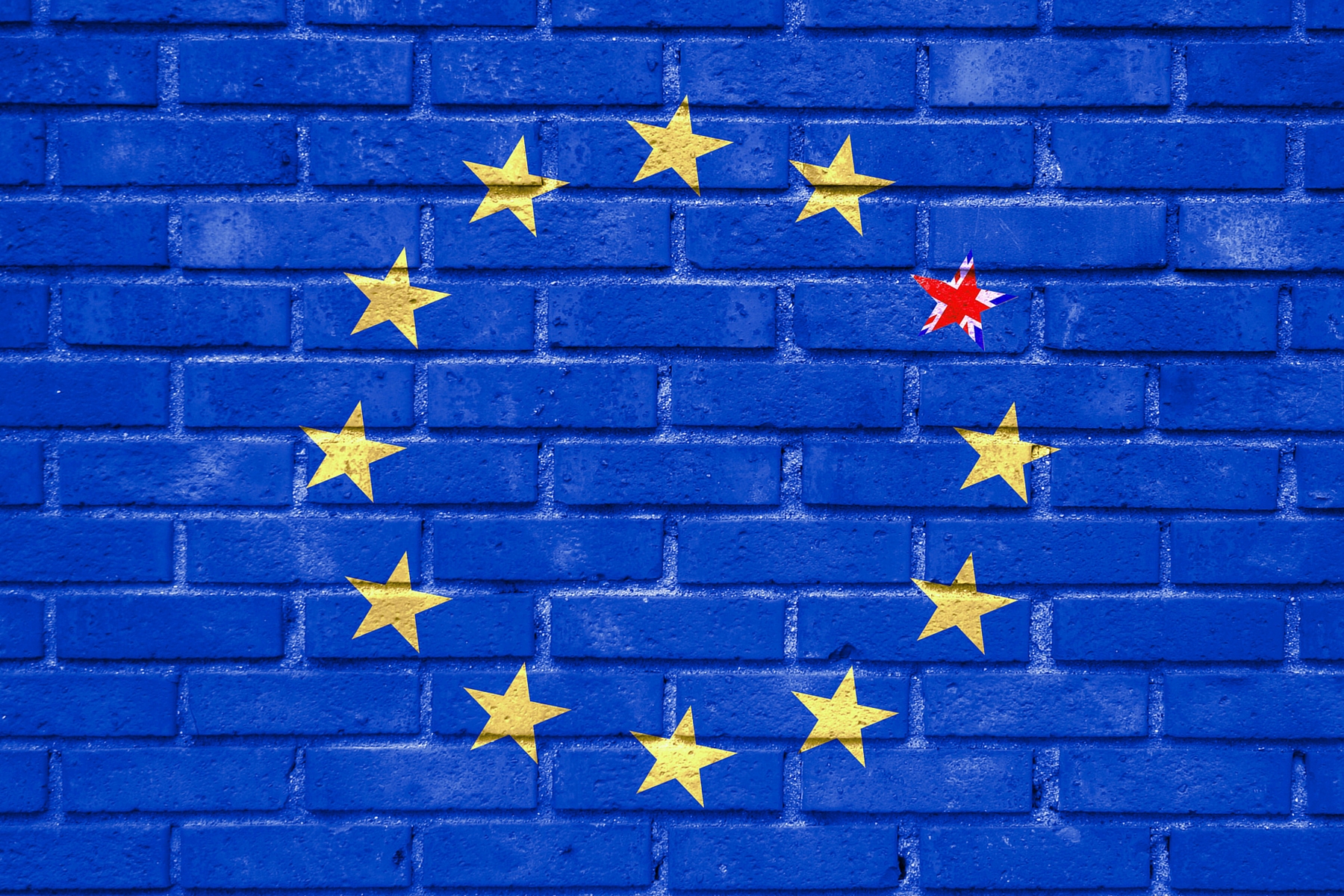