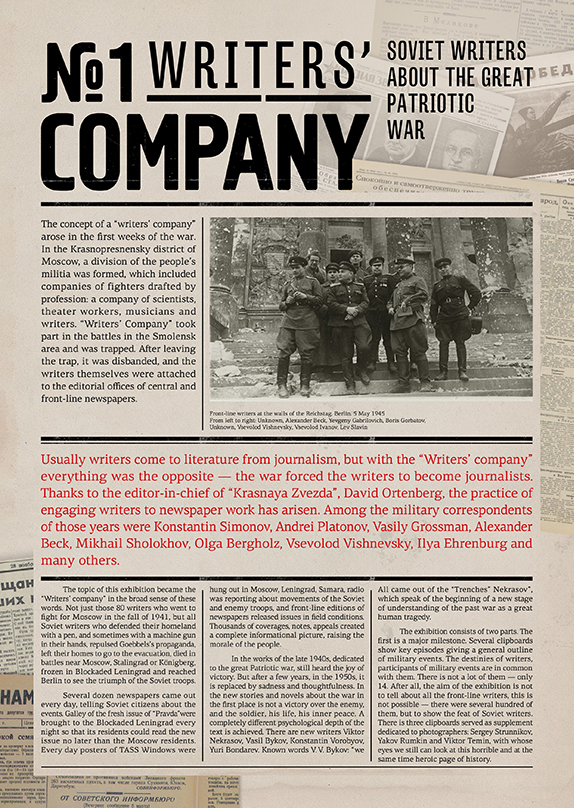 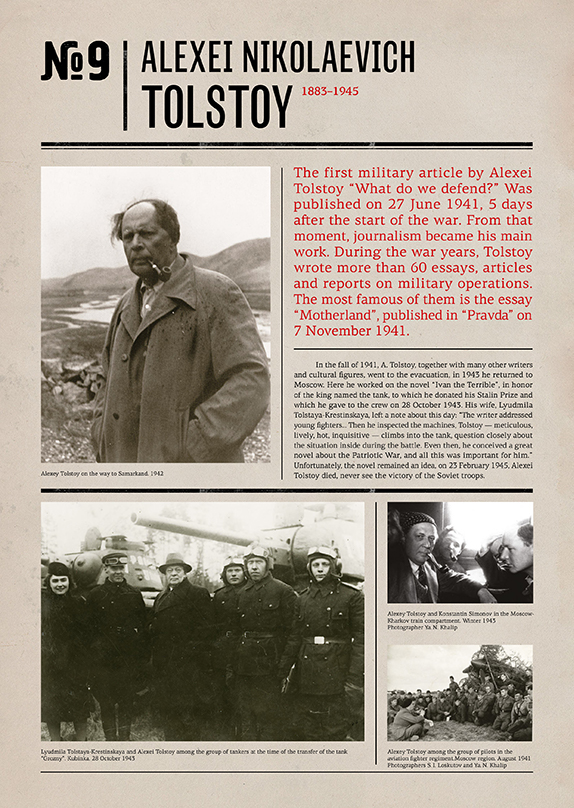 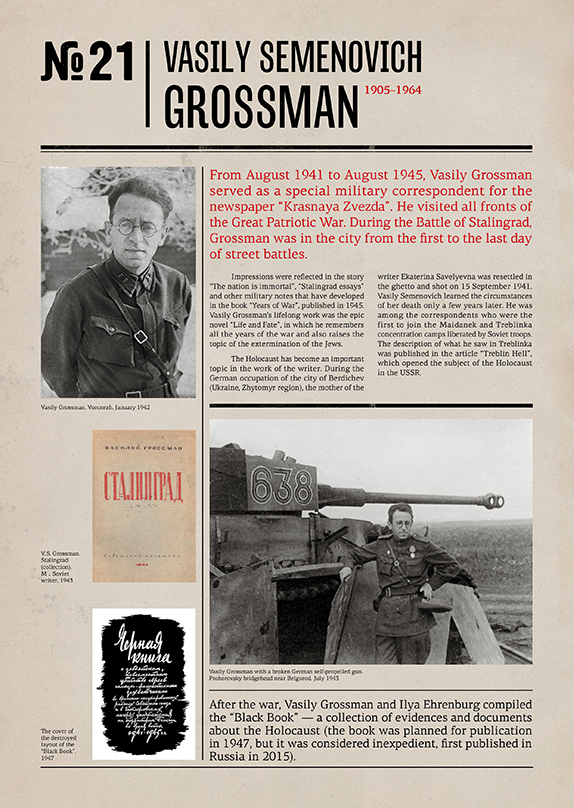 The exposition is dedicated to the participation of Soviet writers in the Second World War. It was based on materials from the collection of the State Museum of the History of Russian Literature named after V.I. Dal. Photos, autographs, documents convey the daily routine of writers in wartime.

The Writers’ Company joined the main forces in the first weeks of the war. In the Krasnopresnensky district of Moscow, a detachment of the people’s militia gathered to join the hostilities. The Union of Soviet Writers, the Literary Fund and the Literary Institute were located not far from each other. Writers felt their calling and could not stand aside. So, two “writers’ companies” joined the 22nd regiment of the Krasnopresnenskaya people’s militia. 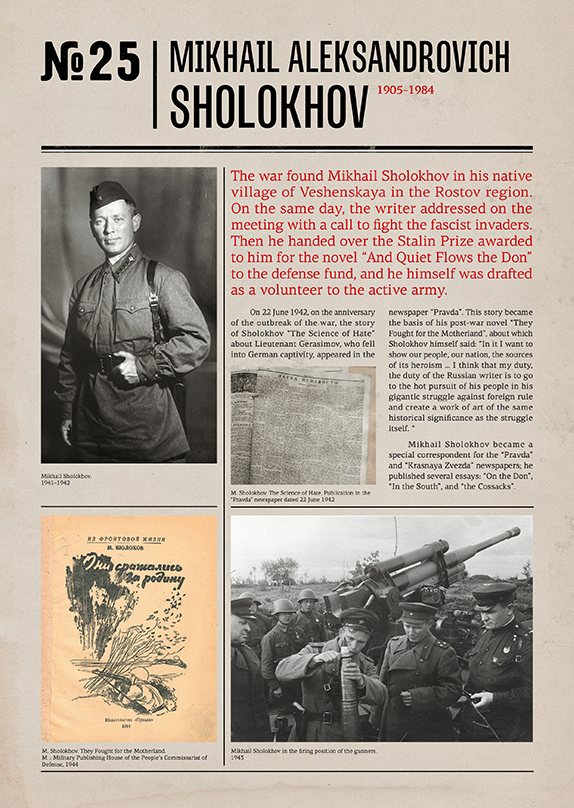 Members of the movement took part in the battles near Smolensk. After leaving Yelnya’s entourage, the “writers’ companies” were disbanded, and the writers shifted to the editorial committees of central and front-line newspapers.

“Writers’ Company” occupies a separate place at the military exhibition at the State Literary Museum. The exposition conveys the life path of writers and war correspondents who captured the history on the pages. Basically, former journalists become writers, but the path of the “writers’ company” was different – the war forced writers to become journalists.

The editor-in-chief of Krasnaya Zvezda D. Ortenberg began the practice of recruiting writers to work in the newspaper. Among the war correspondents of those years were A. Platonov, K. Simonov, V. Grossman, A. Beck, E. Petrov, M. Sholokhov, O. Berggolts, V. Vishnevsky, I. Ehrenburg, V. Kaverin, L. Slavin, A. Gaidar, Y. Krymov, S. Gudzenko, Y. Levitansky, P. Blyakhin, A. Stein, A. Kron, N. Tikhonov, A. Tarkovsky, M. Svetlov and others.