With Tuileries and Carrousel Gardens now open to public, Parisians and visitors can enjoy this open-air museum, with statues installed in the early 18th century, initially for the pleasure of the young Louis XV. 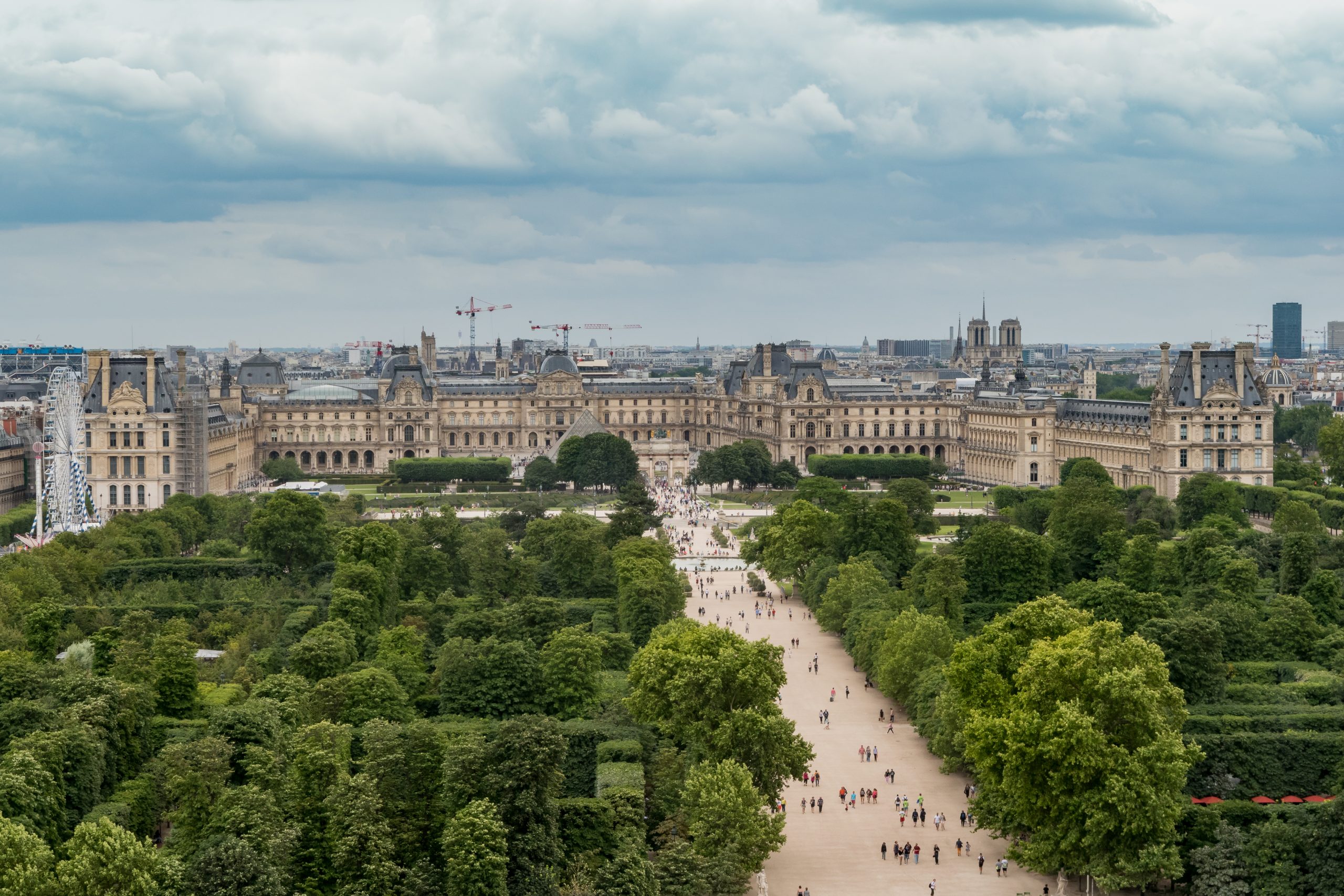 The Louvre and Tuileries National Estate includes several gardens, which cover an area of 30 hectares. In the west, the Tuileries Garden, a major historical landmark, stretches over 22.4 hectares. The Carrousel Garden lies between the wings of the Louvre.

In the east, three small gardens surround the building: running along the rue de Rivoli is the Oratory Garden, and on the Seine bankside are the Infanta’s Garden and the Raffet Garden. These small gardens are not open to the public.

The Tuileries Garden was named after the tile manufacturing workshops known to have existed on the site since the Middle Ages, when this land lay outside the city wall built to protect Paris. The alluvial soil deposited by the Seine at high water provided potters and tile‐makers with their raw material. Archaeological excavations have unearthed kilns stacked with tiles. Under the Ancien Régime, the word “Thuilleries” was usually spelt with an “h” and a double “l”. When Catherine de Médici ordered a palace with a garden to be built, both were named after the site. But because the palace was destroyed (it was set on fire by the supporters of the Paris Commune in 1871, then razed to the ground in 1882‐83), today the word “Tuileries” is used for the garden alone.

The Carrousel Garden commemorates a fabulous event organized by Louis XIV on 5‐6 June 1662 to celebrate the birth of his first male heir. The king

had the existing garden dug up in order to make room for a vast courtyard where it was to be held. Between 10,000 and 15,000 people had to be seated in the stands and tiers to admire the prowess of some 1,300 participants. What exactly was a carousel, a word and activity of Italian origin? It was a sort of tournament, in which horsemen divided into groups, or quadrilles, competed. The rules were simple: in the “head” race, riders had to spear a “head” placed at a certain height and carry it away on the end of their lance; in the “ring” race, riders had to run their lance through a hoop hanging in the air.

Nowadays, the French word “carrousel” still denotes an equestrian show and, like the English word, is another term for a merry‐go‐round, on which children sitting astride wooden horses can sometimes try and spear a hoop with a wooden stick.

The Oratory Garden is named after the church across the street, located between 145, rue Saint‐Honoré and 160, rue de Rivoli. The construction of this religious building began in 1621 and was completed in 1748. Several architects who worked on the Louvre, including Clément Métezeau and Jacques Lemercier, contributed to this church.

For a long time, the building was a royal “oratory” – a place of prayer. Used in turn by Roman Catholic and Protestant worshippers, it has been a Protestant church since 1844.

The Infanta’s Garden recalls Louis XV’s short‐lived engagement to a Spanish Infanta, i.e. the daughter of the King of Spain. In 1721, the young Mariana Victoria was betrothed to her cousin Louis XV of France, when she was only three years old and he was eleven. She was sent to Paris and arrived on 2 March 1722. Given her rank, she lived in the Louvre Palace in the Queen Mother’s apartments. A special garden was laid out for her so that she could admire it from her windows and play in it whenever she liked.

Lastly, the name of the Raffet Garden pays tribute to the monuments of great painters that once adorned the eastern perimeter of the Louvre, a sort of “Pantheon of Master Artists” erected under the Third Republic. During this period, the moat beneath the Perrault Colonnade was filled in and ornamental flower beds and lawns graced the foot of the building. Sculptures of Velázquez, Boucher and Meissonier were placed on these lawns. A monument to Auguste Raffet (1804‐1860), a Romantic painter famous for his illustrations of the Napoleonic era, overlooked the Seine.