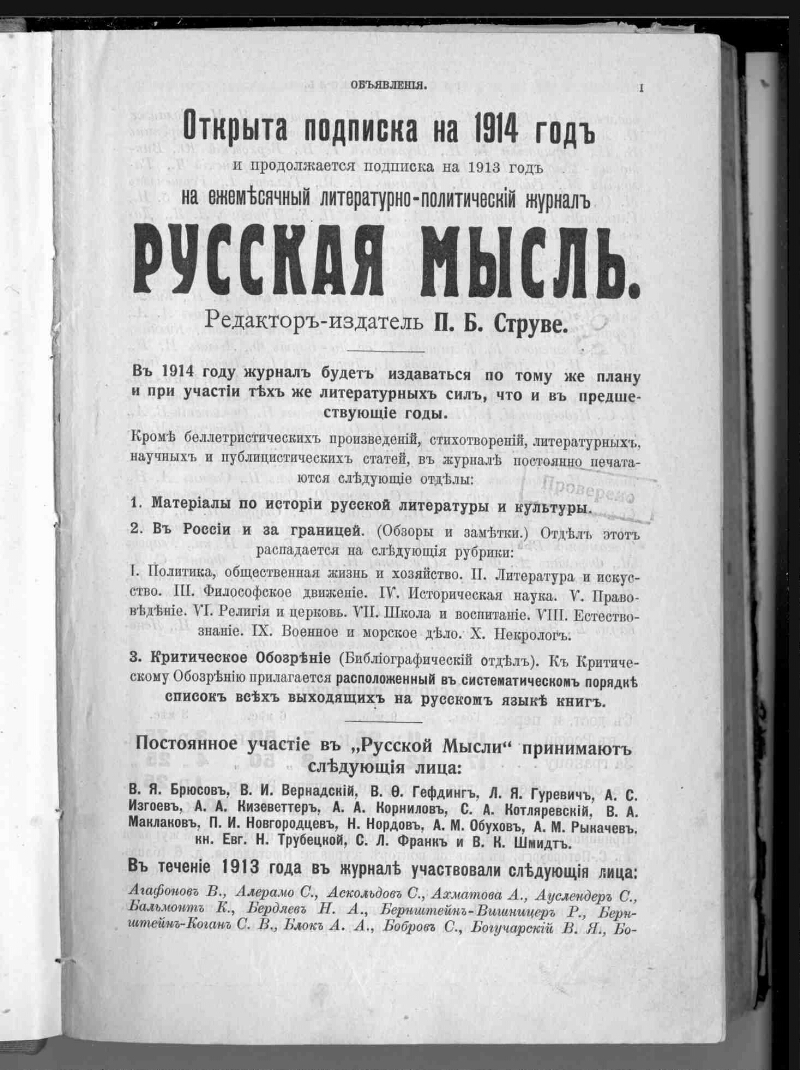 The Russian Mind is celebrating its 140th anniversary. Its path was very difficult over almost one and a half hundred years. The print was established back in 1880 during the rule of Alexander II known as the Liberator Tsar. The magazine was founded as a liberal mass medium, that generally complied with the spirit of the times.

But a year later, the bombers blew up the liberal tsar, and he was succeeded by his authoritarian and autocratic son, Alexander III. The policy implemented by the conservative tsar did not coincide in any way with the constitutional point of view of the magazine. The Russian Mind readers were intelligent people and, of course, they opposed autocracy. Therefore, the magazine passionately supported the February Revolution and the overthrow of the monarchy, not expecting that very soon the Bolsheviks, in the words of Lenin, “will pick up the power lying under their feet” and would cease the magazine. That exactly happened in 1918.

The Russian Mind together with its team ended up in exile, where it was poorly published one way or another until 1927. Meanwhile, “new Russia” was turning into the USSR.

The Russian Mind was revived in Paris in 1947, but then as a purely anti-Soviet newspaper funded by America, which at the last stage of its existence in this incarnation became one of the voicers of the Soviet human rights movement.

However, in 1991, America’s funding ended. The comfortable times changed to severe days of impecuniousness, leading to unavoidable closure of the medium.

But when everything seemed lost, suddenly kind people from Russia appeared, who not only saved the Russian Mind, but allowed it to transform, acquire a new function and a new sense as a pan-European Russian print medium being in sync with the times.

Dear readers, let me offer you my congratulations for our common glorious jubilee!