One of the most important church holidays of the liturgical year is Pentecost. The feast of Pentecost is directly connected with the event of the Resurrection of Christ. 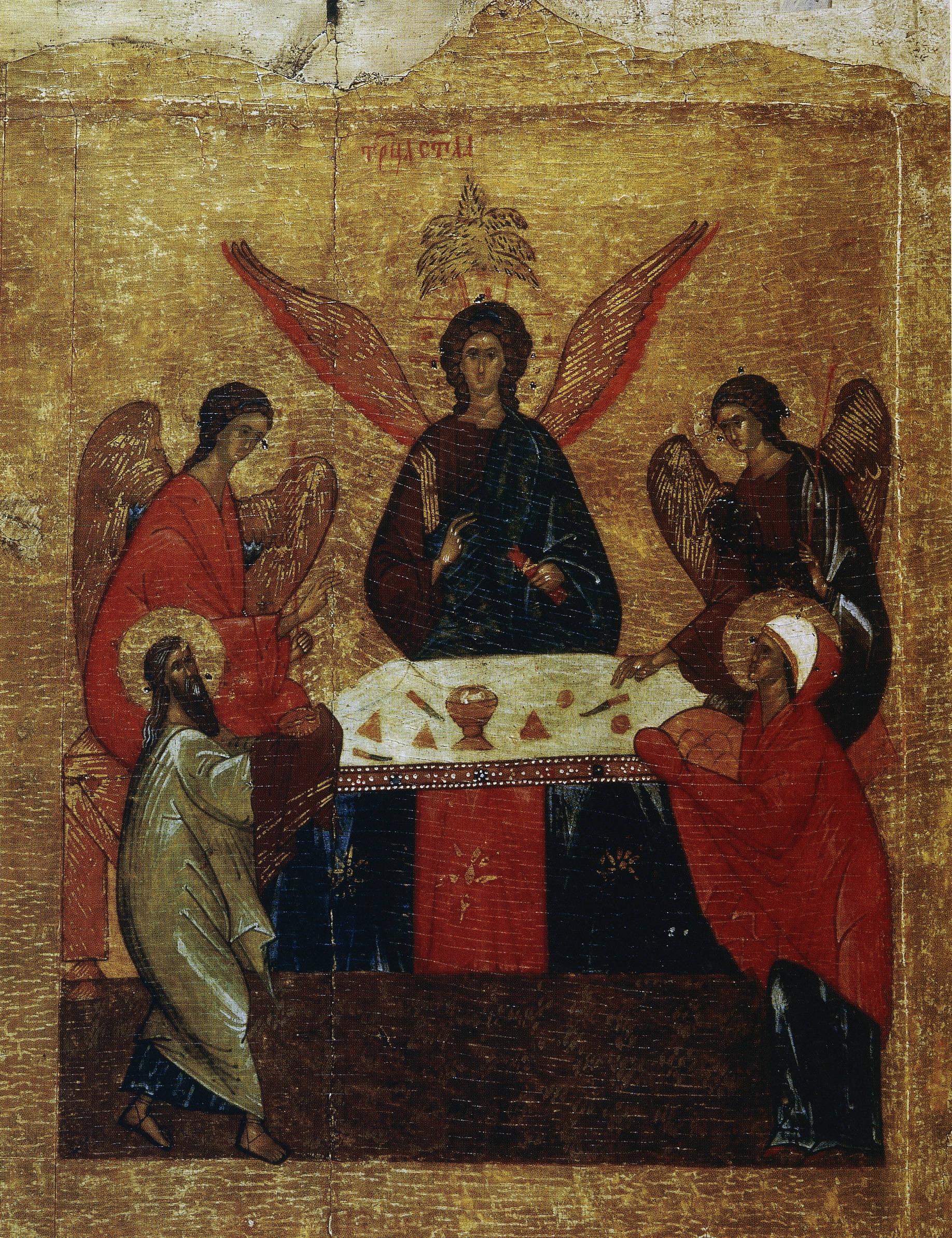 Having risen on the third day, according to the Holy Scriptures, the Lord Jesus remained with the disciples for forty days, appearing to them and instructing them in the truths about the Kingdom of God. On the fortieth day, He ascended to heaven and sat at the right hand of the Father, as stated in the Creed. When the Lord ascended, He promised His disciples to send the Holy Spirit. This is the event of the descent of the Holy Spirit celebrated by the Church on the Day of Pentecost. “When Pentecost day came around, they had all met together, when suddenly there came from heaven a sound as of a violent wind which filled the entire house in which they were sitting; and here appeared to them tongues as of fire; these separated and came to rest on the head of each of them. They were all filled with the Holy Spirit and began to speak different languages as the Spirit gave them power to express themselves” (Acts 2;1-4).

The main hymn of the feast, the troparion, says: “Blessed are You O Christ Our God, You have revealed the fishermen as most wise by sending down upon them the Holy Spirit through the You drew the world into Your net. O Lover of Man, Glory to You!”. The contakion of the Pentecost says the same with other words: “When the most High came down and confused the tongues, He divided the nations; but when he distributed the tongues of fire, He called all to unity. Therefore, with one voice, we glorify the All-holy Spirit!”. Thus, the Feast of Pentecost is a celebration in honour of the Lord Jesus and the Holy Spirit, whom He gave to His disciples. In the Russian Tradition, this celebration is also called the Day of the Holy Trinity.

So, Pentecost is celebrated on the fiftieth day after Easter, and therefore the date each year moves depending on the date of the celebration of the Resurrection of Christ. This year, Pentecost falls on June 20, which is important and significant for the Russian Church, which commemorates the 80th anniversary of the beginning of the Great Patriotic War on June 22. This coincidence is very important and filled with meaning.

After all, on the Saturday before the feast day of Pentecost, according to the liturgical rule of the Orthodox Church, the universal commemoration of all the Orthodox Christians who have died from ever must take place. This universal funeral commemoration is analogous to the All-Souls’ Day in protestant or catholic Christianity. It is celebrated on the eve of the Day of the Holy Trinity and is called the Pentecostal. This year, on June 19, the Church on this day especially prays for all the countless victims of the Great Patriotic War, and especially remembers the fallen soldiers, deceased veterans, home front workers and all those involved in the national feat.

Memorial days are designed by the Church to remember all those who have no one else to remember and for whom there is no one else to pray. This is the meaning of universal, that is, worldwide, funeral remembrances, which usually take place on Saturday during Great Lent. But the Pentecostal All Souls’ Commemoration is a special day in the Orthodoxy. This year it almost coincides with the beginning of the Great Patriotic War, which is why the Church remembers all the people who took part in this great and tragical exploit.

So, this year, one of the most meaningful Christian Orthodox Feasts, the Day of Pentecost, in some way coincides, or, better, the date of the Pentecost 2021 itself relates to the days of sad remembrance. That is the eightieth anniversary of the beginning of the Great Patriotic War 1941–1945. The 22 of June is known to be a special memory and remembered with sorrow in our country.

Indeed, this date is one of the most mournful dates in the history of our country, our people and all mankind. In the second half of the XX century, in the Soviet era, they talked about 20 million dead. Our days it is clear that the number of direct victims of fascist aggression against our people far exceeds this already high number. In this very understatement and inability to count the total number of victims, the greater tragedy of what happened reveals. The inexhaustibility of human grief, the beginning of which in our people began with these days.

It is important to emphasize that in Soviet times, the perspective of the tragic event of the outbreak of War was exclusively secular, political, historical, deeply sincere and human, but, unfortunately, devoid of a religious component. This lack of religious, biblical, spiritual understanding created a kind of vacuum. Perhaps this was the reason that this date has become somewhat erased in time. After all, the indelible bases on the religious, theological, and spiritual.

The mournfulness of the eightieth anniversary commemorated on these days in a very symbolic way coincides with the All-Souls’ Commemoration, which in 2021 falls on the Saturday before the Day of the Pentecost which is traditionally called Parental Saturday. This memory provides the opportunity, not only for believers and church people, but also for every person to share the memory of all those who were killed, starting from the first moments from the beginning of the Great Patriotic War, and until its end, who died later from wounds and hardships, who simply was not born because of the huge number of those killed during the War. 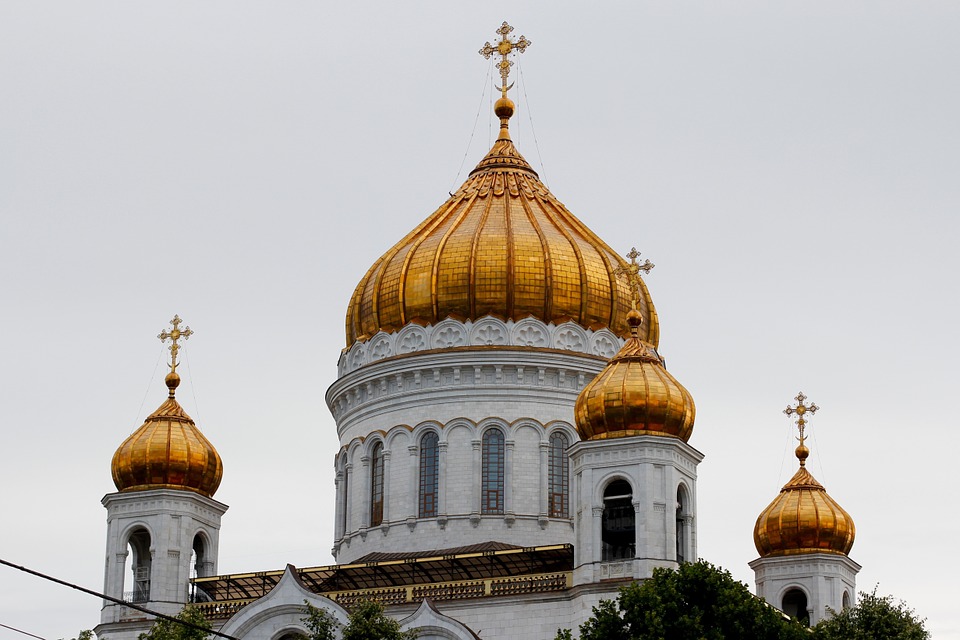 According to the teaching of the Church, during this special period, during the first seven weeks after Easter, any special commemoration of the departed is withdrawn from the liturgy, as if abolished and even made impossible. This suspension is not oblivion but the transfer of the names of the departed into the special sphere of the prayerful sovereignty of the Church. After all, during the Easter Period, all of the departed in one way or another are necessarily remembered at the Liturgy in the Eucharistic Prayer during the Divine Liturgy. Simply the words of such commemoration are not usually heard in the church for they are read and heard before the altar itself. Thus, in the absence of special commemoration on these days, the Lord Himself takes upon Himself the care of all those who have lived.

So, today, on the Pentecostal All Souls’, the first day on which such separate commemoration of the departed is not even possible but made obligatory for the first time since Easter, the Church as a community of faithful gathers in the Church for the commemoration of all those who have lived. Whom we knew and whom we did not know, whom we sympathize with, about whom we mourn, but also those whom we never knew, about whom, at times, we never heard in their lifetime but on whose intercession and boldness before God we hope, for these people were truly righteous. “My command is this: Love each other as I have loved you. Greater love has no one than this, that he lay down his life for his friends” (John 15;12-13).

On this day before the Pentecost everyone has the desire, the will and the hope to share the joy of Easter with those who lived before us; to tell them that the Lord Jesus rose from the dead, and that from now on He has dominion over hell and death. As He Himself says in the Apocalypse – that is, in the biblical New Testament book of Revelation by John the Evangelist – while sharing His victorious victory over death with the faithful, “Fear not, I am the first and the last, and the living one. I died, and behold I am alive forevermore, and I have the keys of Death and Hades” (Rev.1:17-18).

When the Wandering Church performs a prayerful commemoration of the departed, the faithful are called to remember that they, our departed and our dead – let us emphasise this word with the philosopher Giorgio Agamben – do know that Christ has risen. They know that a universal resurrection awaits them. That that flesh, that body and those bones they possessed, that skin “in which I live” – to quote the title of a contemporary film – will be resurrected by the Lord on the Last Day. “We shall see God with bodily eyes”, as the Carthaginian Church teacher Augustine confesses in “The City of God” (22:30).

In this shared knowledge – our knowledge of their knowledge and our knowledge with them – our communion in memory with those whom we know by name is revealed. What can we say about those who are unknown to us, who are completely forgotten and erased from human memory, and for whom there is no one else to pray? Here it is absolutely necessary to have the biblical and dogmatic knowledge that every prayer of the Church, and every intercession of the Church as the Body of Christ, is the prayer and intercession of… the Lord Jesus.

The Lord Jesus Christ, God the Word, the Incarnate Son of God is simultaneously and unalterably the true, genuine human being. Who fulfilled the will of the Heavenly Father, who asked, prayed and interceded for everyone to his last breath, and most importantly, as the Scriptures testify, for his murderers (Lk.23,34).

The Lord Jesus fulfilled the covenant and fulfilled the divine will. Killed for the sins of the world, Jesus was resurrected by His Heavenly Father. This Resurrection – the Resurrection of the Lord Jesus – was the divine answer to meanness, cowardice, betrayal, crime and sin, to that designed greatest victory of the forces of evil in history which the darkness would have won if God had not raised Jesus. God and the Father raised the Lord. “Christ Jesus died, but He also rose again: He is at the right hand of God, He also makes intercession for us”, writes the Apostle Paul in his Epistle to the Romans (Rom.8:34). The prayer of the Lord Jesus cannot be unheard.

This means that the memory of all those – their names and faces, faces and smiles, bodies and memories, joys and sorrows, losses and fortunes, biographies and lives – all of whom no one else remembers, is remembered by the Lord Jesus. Through His prayer Jesus grants them His redeeming intercessory power. We, in remembering those who are forgotten or have no one to remember, join in this life-giving grace. Knowing then that the Lord will never let us out of His hand either.

“Then I saw a great white throne and him who was seated on it. The earth and the heavens fled from his presence, and there was no place for them. And I saw the dead, great and small, standing before the throne, and books were opened. Another book was opened, which is the Book of Life” (Rev.20;11-13). Christ is Risen!