Prior to marrying Princess Elizabeth, the Duke of Edinburgh has had a distinguished career in the Royal Navy.

Joining the Royal Navy at Dartmouth in 1939, he won the prize for best cadet, then swiftly rising through the ranks to serve as First Lieutenant during the Second World War. However, his link to the Royal Navy started much earlier than that – as early as in his childhood.

Prince Philip was born in Corfu on 10 June 1921. He was the only son of Prince Andrew of Greece, and his mother was Princess Alice of Battenberg. He therefore held the title ‘Prince of Greece and Denmark’.

Prince Philip and his family had to leave Greece when he was only At 18 months old. The country had become politically unstable and his uncle, the King of Greece, Constantine I, was forced to abdicate.

Fearing for the family’s safety, Prince Philip’s uncle, King George V ordered a Royal Navy ship to collect them and the young Prince was carried to safety in a cot made from an orange box.

During the First World War Prince Louis of Battenberg, Prince Philip’s grandfather, changed the family’s name to Mountbatten. Prince Phillip adopted this name when he also became a naturalised British subject and renounced his Royal title in order to marry Princess Elizabeth.

Upon his marriage Prince Phillip was bestowed with the titles Duke of Edinburgh, Earl of Merioneth and Baron Greenwich.

The Royal Navy and the Second World War

Prince Philip joined the Royal Navy as a cadet in 1939, following in the footsteps of his grandfather, Prince Louis, who was Admiral of the Fleet and First Sea Lord.

After completing his initial training under the auspice of Best Cadet of his entry, Prince Philip spent six months in the Indian Ocean as Midshipman aboard the battleship HMS RAMILLIES in 1940.

Prince Philip was subsequently promoted to sub-lieutenant and appointed to the destroyer HMS WALLACE. In 1942 he became the ship’s First Lieutenant at the unusually early age of 21.

In 1952 he was promoted to Commander, but his naval career came to an end on the death of his father-in-law, King George VI.

Aged 17 Prince Philip joined the battleship HMS VALIANT, which fought in the Battle of Cape Matapan. The Prince was in charge of the ship’s searchlight control, enabling VALIANT to pinpoint enemy vessels in the dark. For this work, he was mentioned in despatches.

Prince Philip was then appointed First Lieutenant of the W-class destroyer, HMS WHELP, which was present in Tokyo Bay when the Japanese signed the surrender.

In July 1947 the engagement of Lieutenant Philip Mountbatten to Princess Elizabeth was announced. Four months later, on 20 November, they were married in Westminster Abbey.

Connected to every branch of Service life 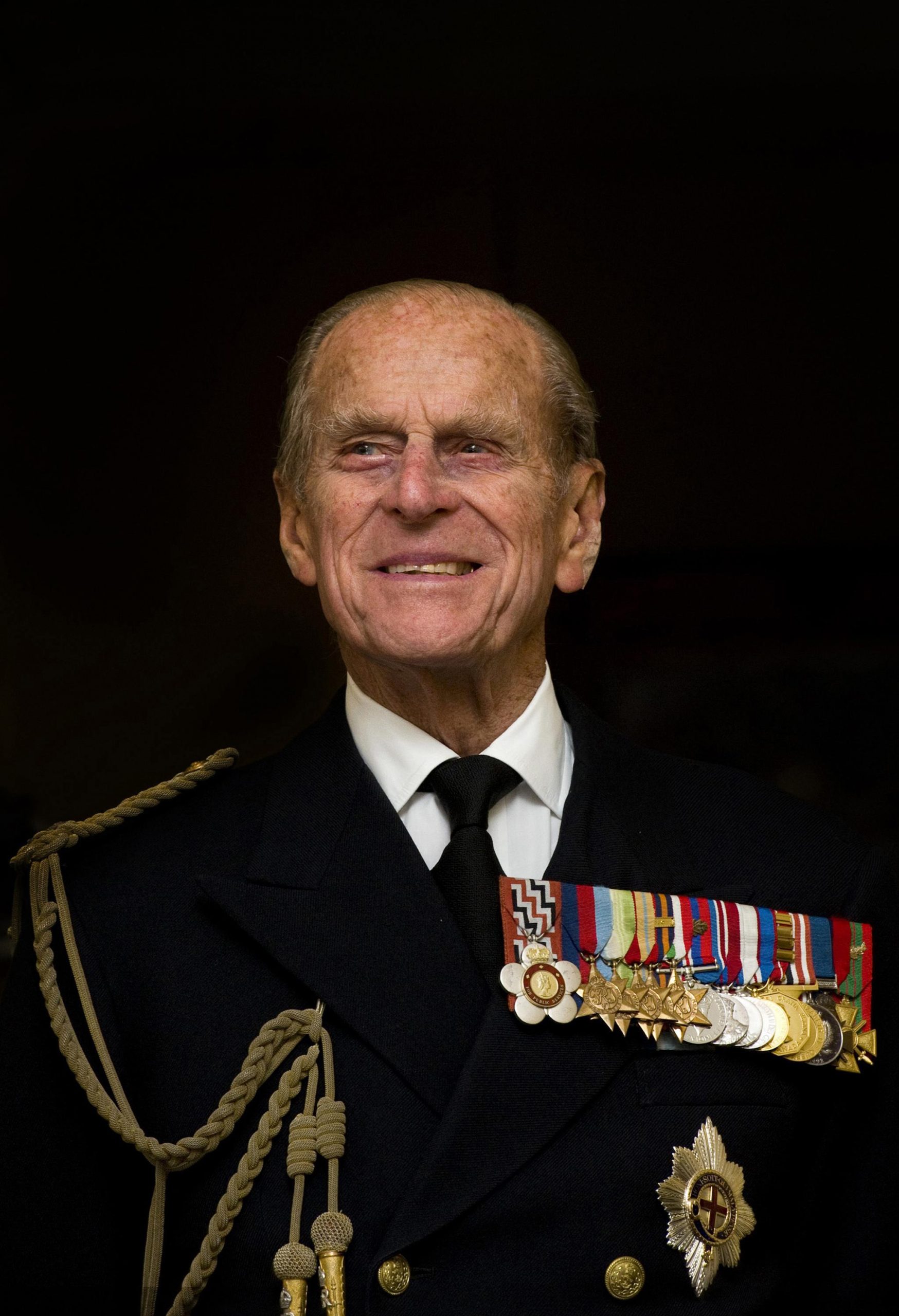 Although Prince Philip gave up his active naval career in July 1951, he remained closely connected to, and actively interested in every branch of Service life.

The following year His Royal Highness was appointed to the rank of Admiral of the Fleet and appointed Field Marshal and Marshal of the Royal Air Force.

He was also Captain-General of the Royal Marines and Colonel-in-Chief, or Colonel, of a number of British and Commonwealth regiments.

Throughout his public life, His Royal Highness regularly visited these Regiments both at home and on operational duties overseas, showing his support for servicemen and women of all ranks, and their families. From 1974 until 2015 he was Grand President of the Royal Commonweath Ex-Services League.

The Duke of Edinburgh formally opened The Royal British Legion’s annual Field of Remembrance at Westminster Abbey for a number of years. His Royal Highness met veterans from conflicts past and present as well as family members who had lost loved ones in service of their country.

In 2011, to mark his 90th birthday, The Duke of Edinburgh was appointed Lord High Admiral of the Royal Navy by Her Majesty The Queen, and in 2016, in celebration His Royal Highness’s 95th birthday, The Massed Bands of the Royal Marines performed their world-renowned Beating Retreat on London’s Horse Guards Parade. The Duke was their Captain General.

His Royal Highness had a life-long affection for boats and the sea and a keen interest in maritime history. He was on board Brunel’s SS Great Britain (a steamship which Prince Albert had seen launched) when it was returned to Bristol from the Falkland Islands in 1970.

The Duke of Edinburgh held many patronages related to his maritime interests. In 1948 His Royal Highness became Trustee of the National Maritime Museum and remained Patron until his death. He was also an Elder Brother and then Master of the Corporation of Trinity House; President of the Maritime Trust and Patron of the HMS Trincomalee Trust.

His Royal Highness took a close interest in the Cutty Sark in Greenwich throughout his life and was co-founder of the Cutty Sark Preservation Society in 1952. He visited the ship during its restoration following a fire in 2007 and again to mark The Queen’s Diamond Jubilee in 2012 and formally re-open the newly restored ship.