Flaming streets of American cities, police officers killed in New York and other areas, National Guard of the United States called to disperse wild mobs of Afro-Americans, store looting and violence against white people observed in several regions in the USA – all of these made it clear to the entire world that the US faces a lot of problems rooted to racism, leaders’ failure to reach an agreement among them, and degradation of famous American democracy. 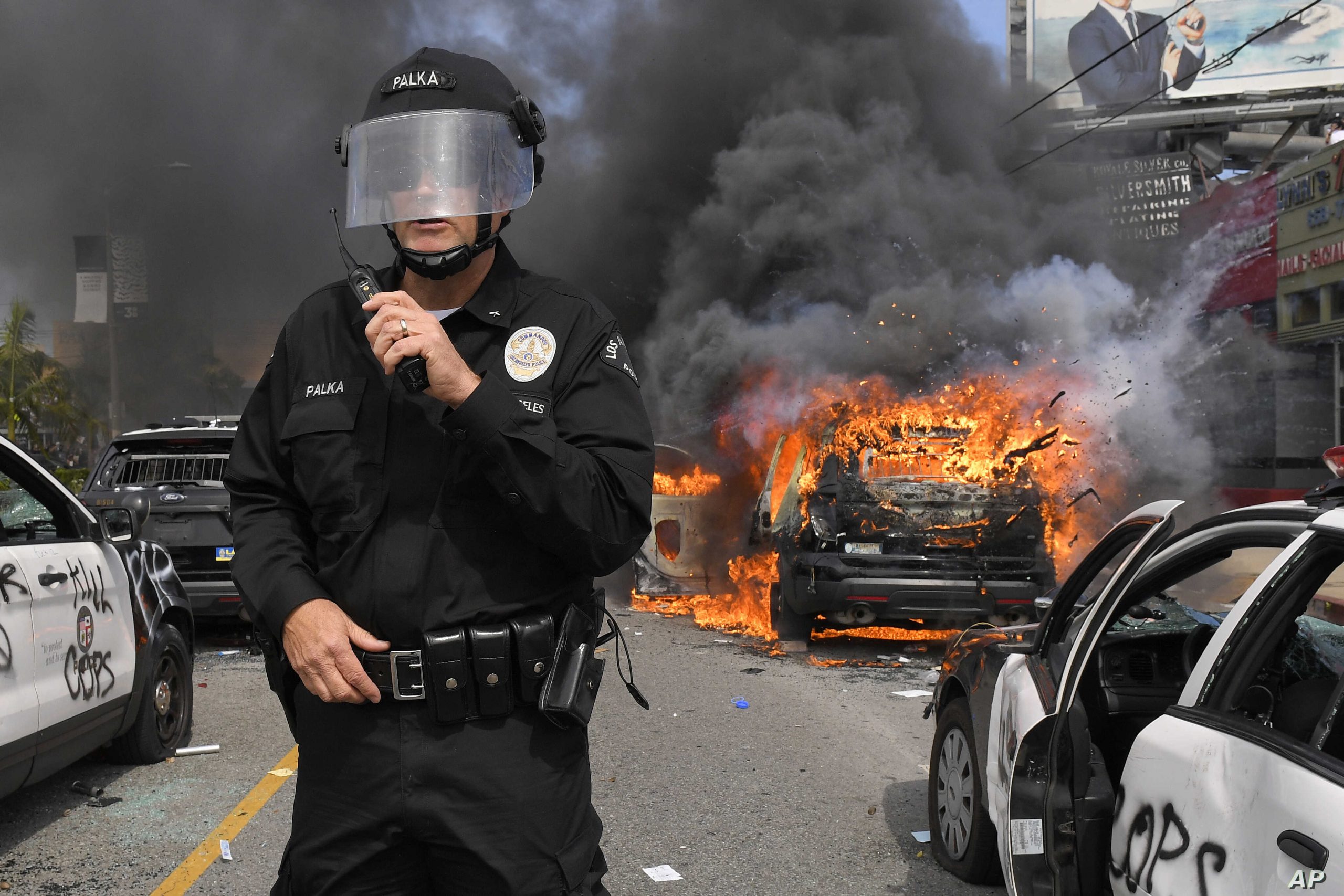 It involuntarily sends us back to the pre-COVID period when American mass media together with cohorts of American political scientists attacked Russia and China calling them “countries with authoritarian regime”. The most familiar proponents of such perception of the two superpowers will, most probably, remain unconvinced even after the end of the pandemics. That is why it is worth it to pay attention to their theses.

One of the politologists demonising Russia and China is Matthew Kroenig of Georgetown University who is the Deputy Director of the Scowcroft Center for Strategy and Security at the Atlantic Council. In his book “The Return of Great Power Rivalry” he affirms that Western democracies are successful in solving all modern issues, in contrast to Russia or China who fail to do so.

Kroenig strives to sell his readers the idea of the “democratic, capitalist regime” being the best social and political structure ever. This dogma accepted as an unshakeable ground by American Democrats and Liberals, segues to another one: the US foreign policy, after being restored in active domination over the rest world, will guarantee global development. It is at least laughable to take this formula serious when the capitalist world shows significantly higher COVID death rates and lower economy that those in Communist China.

With this, Kroenig is pushed to acknowledge that people had openly admired the USA for its economic model over the decades, but the financial crisis of 2007‑08 made us wonder whether China’s system was much more effective. As a consequence, some analysts came to the conclusion about our future being reachable through state capitalism in its Chinese form.

Following this idea, what problems do Western politologists have with China? There are two of them, where both are based on Western mass media propagations. First: China allegedly tried to hide the fact of its Coronavirus epidemics from humankind. This is a doubtful thesis: in the early stage of the epidemics both China and the other countries in the world were unaware of the fact that humans met a principally new danger, a specific virus.

Second: so-called “genocide” against the Uyghurs, an ethnic group which is native to Northwest China. The Uyghurs slightly exceed one million in population, most of them are Muslims who live across the area rich in oil and gas. Obviously, China is concerned about penetration of the Islamic radicals into the region, but it is concerned even more due to the position held by the US Department of State which, with the support of Western mass media, attempts to rouse nationalist sentiment among the Uyghurs and provoke their open protests. Ghost stories are told about the Chinese: they are supposed to put the Uyghurs to torture, prompt them to eat pork and drink alcohol, keep them listening to Communist propaganda for hours on end. The Uyghurs never were too loyal to the Chinese government which sometimes played tough, however it never allowed any genocide around the region. Those ghost stories serve the one and only purpose: to trigger the US government to introduce new anti-China sanctions.

In brief, Kroenig has a very limited range of arguments. So, he pays much more attention to “historical reality” according to which democracies offer a better being to nations in contract to the countries classified by him as “autocracies”. He declares, the states classified by him as “democracies” guarantee civil rights and economic welfare in a greater degree. Kroenig never suspected that riots and arsons in America, looting conducted by Afro-Americans and open abasement of their white co-citizens would happen immediately after the publication of his book and demonstrate real American democracy, “equality of the citizens” and prosperity.

Kroenig also juggle with words frequently. For instance, he wrote that all the superpowers became democratic prior to their transition to superpowers. However – and that is a relief! – neither Russia nor China made their path like America did. They did not extirpate Native Americans, they did not occupy their lands by force, they did not establish a powerful enslavement system which brought untold gold to plantation owners. Weep of female slaves still echoes in squib brattle and shot flaps in the streets of America. Vyacheslav Molotov, a Soviet politician, told one day: “Historical injustice or a criminal act will never be forgotten or forgiven by history, and the day of reckoning will come anyway, be it early or late”.

Kroenig’s book uses pseudo statistics which is very common for such opuses. He wrote: “Statistical analysis demonstrates that democratic countries are more reliable partners”. Probably, the author spends most of his time somewhere on the Moon instead of the United States, otherwise he would know that over the recent years the USA walked away from the Anti-Ballistic Missile Treaty, the Intermediate-Range Nuclear Forces Treaty as well as the international treaty with Iran; now, the USA plans to terminate the Treaty on Strategic Offensive Arms signed earlier with the USSR. Independent experts call this situation “international lawlessness” which puts the world on the brink of nuclear destruction even in the case of a single short-range missile launched unintentionally.

Among this, Kroenig affirms that Western democracies are extremely peaceful. First of all, he declares, they never fight against each other. But neither his editor nor his colleagues reminded him that actually they did: Greece fought against Turkey (both of them being NATO members), Great Britain fought against Argentina, and NATO forces bombed Yugoslavia and then invaded its territory with land forces led by the peace-building banner.

What is for the “leading Western democracy”, meaning the USA, this country never missed a single year to be at war since the early 1950s. Look:

‑ in 1961 they participated in the invasion of Cuba;

‑ from 1965 to 1983 they conducted military operations in Thailand;

‑ from 1976 to 1985 they conducted military operations in Central America;

‑ in 1998 they fought in Sudan and Afghanistan;

‑ from 2001 on the USA has been fighting in Afghanistan;

‑ from 2004 on they have been fighting in North-West Pakistan;

‑ from 2007 on the USA has been intervening on Somali;

‑ from 2011 on they have been breaking into Libya;

‑ from 2014 on they have been intervening on Syria;

It appears that over the recent 70 years the “Leader of the Free World” and the “bastion of democracy” has conducted interventions, fueled regional conflicts and broke into civil wars totally 35 times. This is the country called a “peaceful democracy”, according to Kroenig.

What is there to say? The famous phrase told by Fagot in Bulgakov’s “Master and Margarita” fits to the best: “Congratulations, Citizen, on lying!”