A year after the fire at Notre-Dame de Paris, Marie-Hélène Didier – a curator of historical monuments at the regional directorate of cultural affairs of Ile-de-France – shared her experiences with the French Ministry of Culture.

This was the moment Marie-Hélène Didier will always remember. While Notre-Dame de Paris was caught on fire on the night of April 15, 2019, Marie-Hélène Didier had the tunic of Saint-Louis placed with infinite precautions on her knees, leaving the Île de la Cité in a truck provided by the Paris City Council. The curator of historic monuments carried with her nothing less than the most precious pieces of the cathedral’s treasury that were saved from the flames, including this priceless relic – the tunic of Saint-Louis.

Prior to this, each of the stakeholders worked to follow the task assigned to them by the site backup plan. The firefighters, in particular, took all the risks to save from the flames the most precious pieces: the tunic of Saint-Louis and its discipline, the palatine cross as well as the two reliquaries of the crown of thorns. For example, the first pieces of Notre-Dame’s treasure – which total 1,300 – were temporarily deposited at the Hôtel-de-Ville before being placed in safety at the Musée du Louvre. In total, four long days were needed to evacuate the entire historical heritage.

A field job, a collective reflection

The Cathedral of Notre-Dame de Paris is not the only location that Marie-Hélène Didier is in charge of. The curator of historical monuments at the Regional Directorate of Cultural Affairs (DRAC) of Ile-de-France, also has jurisdiction over the entire capital, where she is responsible for historical buildings, such as the Eiffel Tower, the Sorbonne or the Bourse du Commerce, but also dozens of churches, private mansions and hundreds of art objects. When her superior proposed to her in 2011 that she also takes charge of Notre-Dame, she recalled asking for a twenty-four-hour reflection period. “It’s not just any building, it’s a little scary but I could only say yes,” she says. 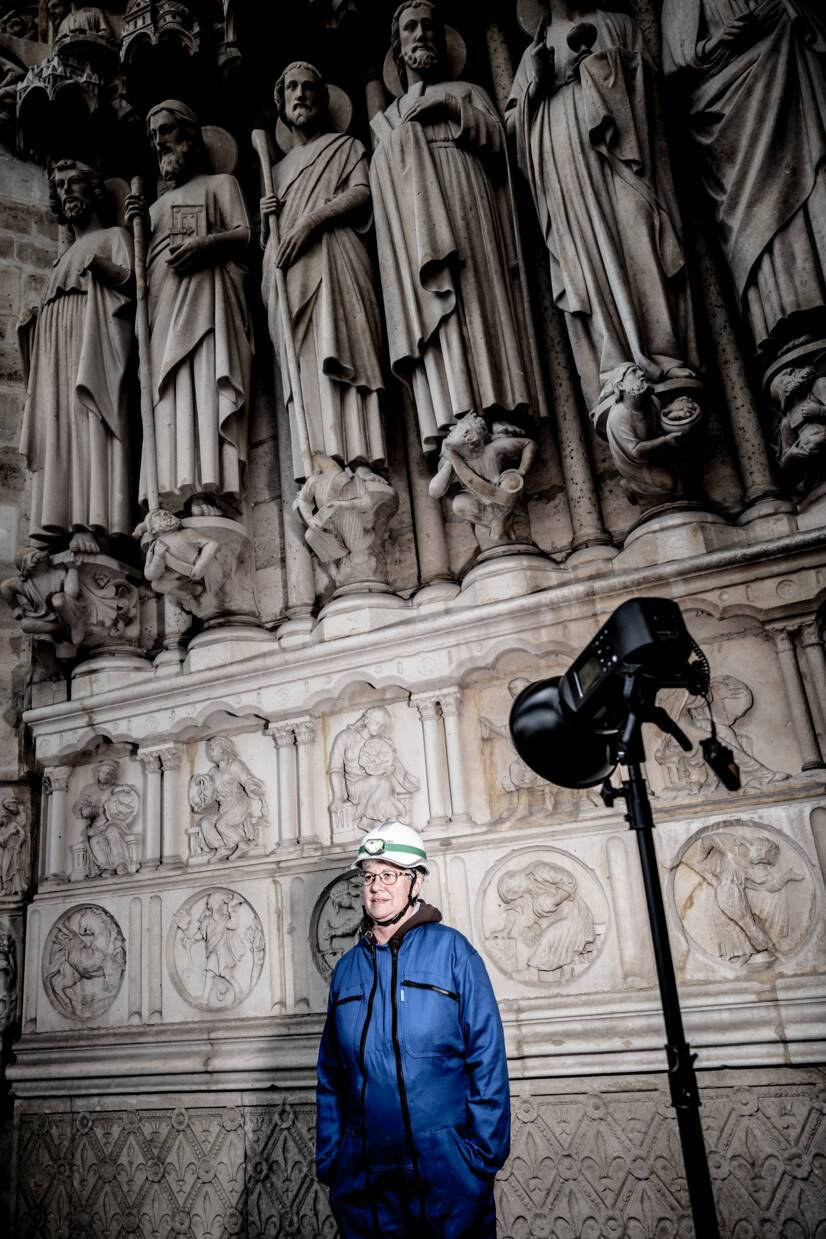 Marie-Hélène’s job is primarily in the field, as early as possible in the planned operations. It works closely with project owners and contractors, architects, contractors and restorers. After a university course in history and art history and an entrance into the body of the curators by way of competition, he had to train on the job to technical and architectural questions that now punctuate his professional daily life. Thus, the administrative decisions it takes are the result of collective reflection and can be easily understood and anticipated by the other actors on the site.

A link between past, present and future

Charged with keeping alive the traces of our collective history, the curators of historic monuments are in fact seized with each request for work. And if Marie-Hélène Didier loves this job that allows her to spend 90% of [her]time working with beautiful things She recognizes that he also brings his share of doubts and hesitations. Like many of her colleagues, she was led to make risky decisions based on real aesthetic bets. She participated in the investigation of the file of Roland-Garros and the construction of the new court in the garden of the Serres d’Auteuil. She also validated the launch of the restoration project of the Bourse du Commerce, for the installation of François Pinault’s contemporary art collection. The extension of Roland-Garros was finally well received, and the public will discover in the autumn the result of the transformation of the Parisian monument by the famous Japanese architect Tadao Ando.

Since the fire, Marie-Hélène has devoted much of her time to the cathedral. In particular, she had all the paintings – four to five metres long pieces – sheltered the carpets and the Virgin and Child now presented at the church of Saint-Germain l’Auxerrois. She also watches over the statues that «clothe» the climb towards the arrow of Viollet-le-Duc and which, by an unexpected stroke of luck, were deposited four days before the drama. “They survived the fire, they must return to their place,” she said. Finally, it raises the question of the future of the rooster that adorned the spire of the cathedral, now distorted, flattened and twisted by its fall of more than one hundred meters in the heart of the inferno. Marie-Hélène Didier proposes that we design a new, more modern one. “It is the symbol of the fire, it would make sense,” she adds. As always, she is concerned to make the link between past, present and future.