A trip that extends beyond tourist hotspots is always a trip to remember, whether you encounter a huge beach, a nostalgic industrial heritage or a massive crater from prehistoric times. Explore these our off-the-beaten-track highlights and you will get to know Germany from an entirely new perspective.

Amrum – the largest beach in Europe

Off we go to the mudflats of northern Germany. The island of Amrum. is situated in Schleswig-Holstein Wadden Sea National Park, a UNESCO World Heritage Site. Mudflat hikes are exciting enough, but then there’s Kniepsand, Europe’s largest sandy beach. There is always a secluded spot to place your towel, even in the height of summer. 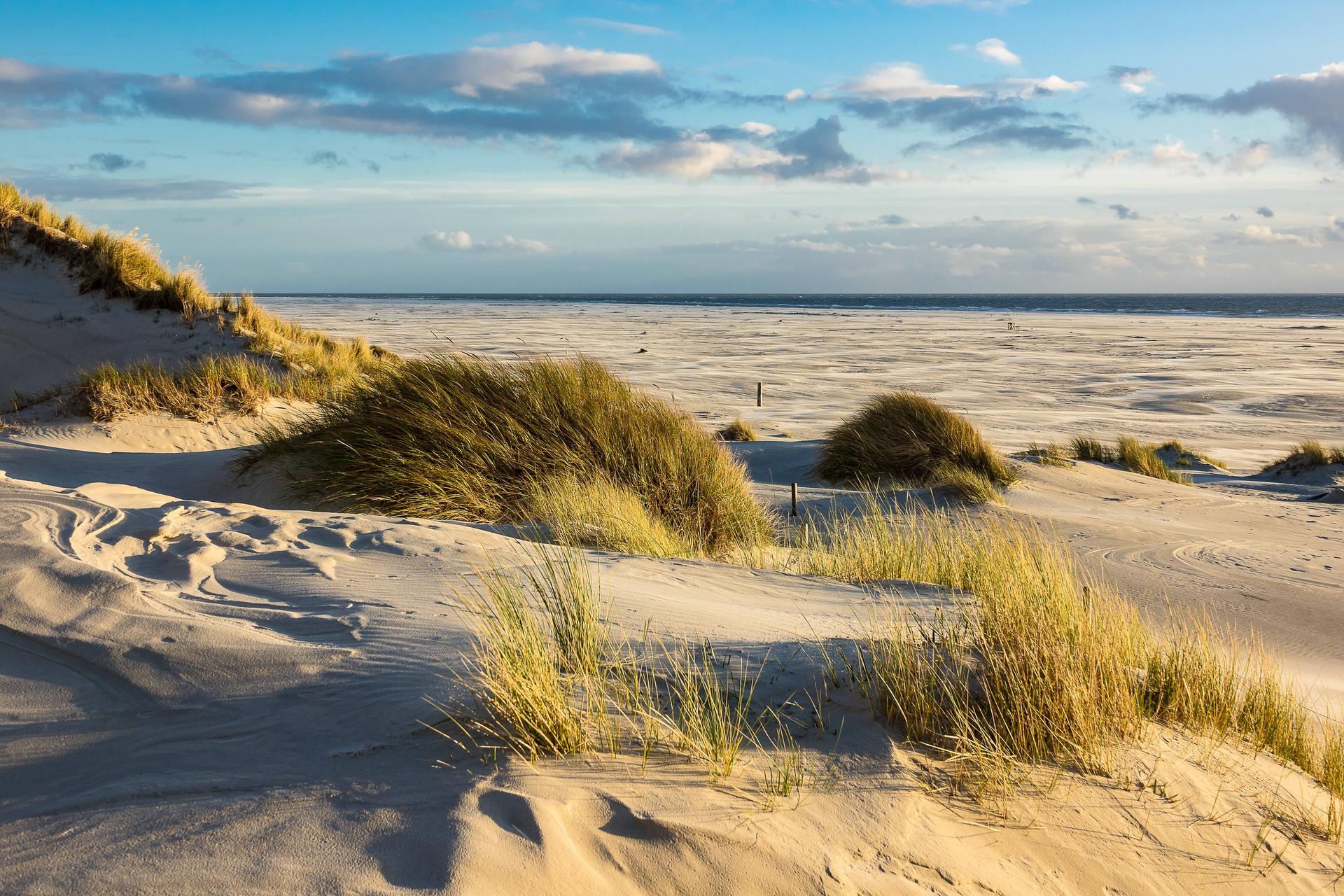 The island is made up of a sandy core of geestland and features an extended beach all along its west coast, facing the open North Sea. The east coast instead borders to mud flats and tidal creeks of the Wadden Sea. Sand dunes are a characteristical part of Amrum’s landscape, resulting in a vegetation that is largely made up of heath and shrubs. The island’s only forest was planted in 1948. Amrum is a refuge for many species of birds and a number of marine mammals like grey seal or harbour porpoise.

Settlements on Amrum have been traced back to the Neolithic when the area was still a part of the mainland of the Jutland peninsula. During the Middle Ages, Frisian settlers arrived at Amrum and engaged in salt making and seafaring. A part of the modern population still speaks Öömrang, a dialect of the North Frisian language, and Frisian traditions are kept alive.

With the island hosting many endangered species of plants and animals, its soil being largely unfavourable for agriculture and as a popular seaside resort in general, Amrum’s population today almost exclusively lives from the tourism industry.

Back to the Vikings

The town of Schleswig is also located in Schleswig-Holstein. The small town on the Schlei inlet dates back to the 9th century. The Vikings used to live in the region, and they expanded their settlement into a gigantic stronghold: Hedeby. Many Germans are unaware of this heritage from the Norse people – the region first became German territory in 1864. Merchants from all over the world met here between the 8th and 12th centuries. Often fought over, Hedeby was ultimately destroyed. The Viking Age lives on today in a village of reconstructed huts. Hedeby was added to the list of UNESCO World Heritage Sites in 2018. 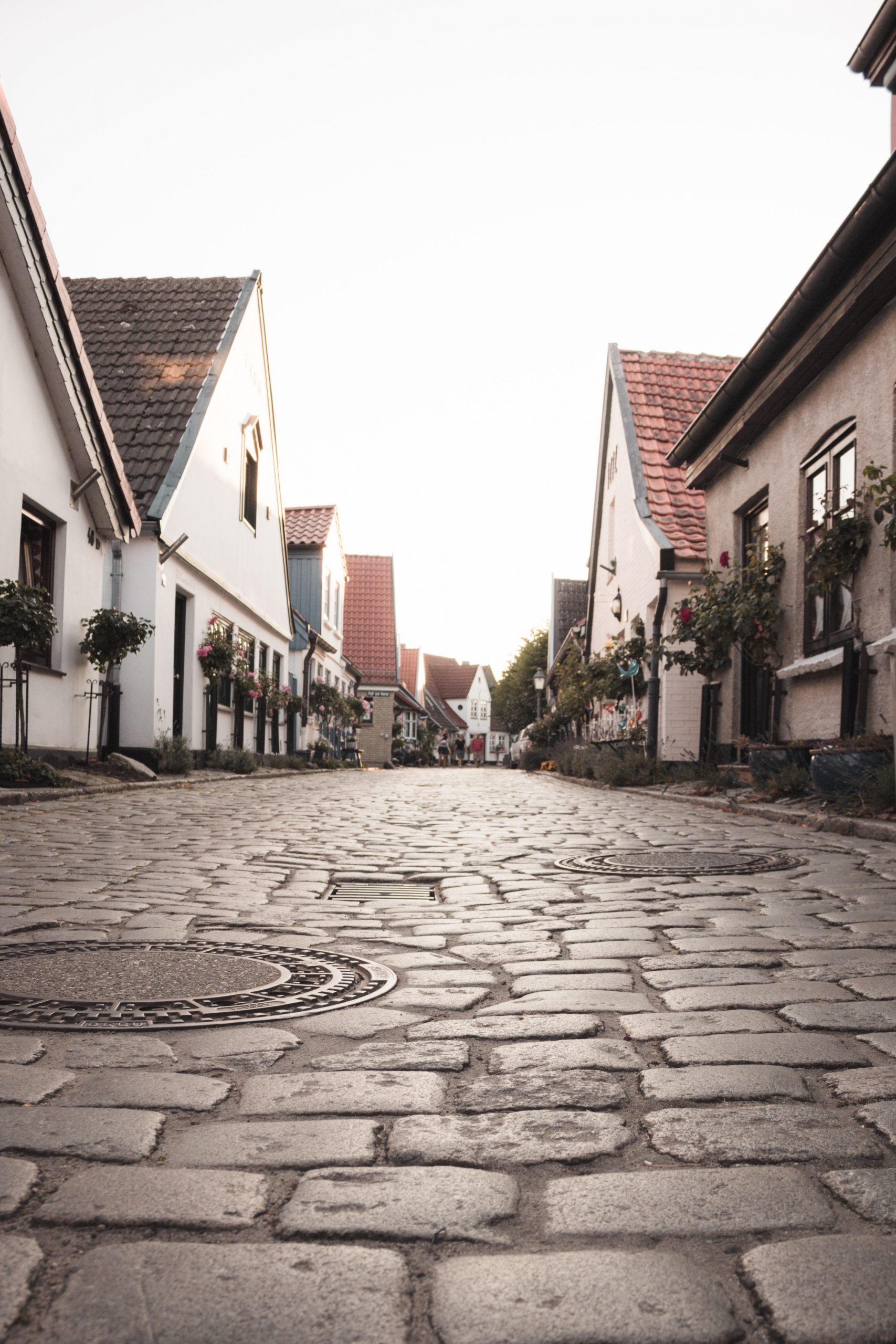 Our quest for insider tips now takes us to Uckermark in Brandenburg, a district to the north of Berlin, where a mystical wood awaits: Grumsin Forest, one of the world’s largest continuous beech forests. In 2011, parts of the forest were included in the Ancient and Primeval Beech Forests of the Carpathians and Other Regions of Europe UNESCO World Heritage Site. A 20-kilometre circular route takes walkers to hidden lakes and moors via an ancient forest path. This is a lovely and cool place to be in summer.

The last intact virgin forest in the temperate latitudes of Europe is to be found in the Carpathians. Trees can live to a hundred years old in these forests, providing an important habitat for organisms such as mushrooms, moss, lichen, insects, rare birds (e.g. capercaillie and black grouse) and mammals (e.g. bats, brown bear, wolf and lynx). Large parts of the forest in the Romanian part of the Carpathians have been lost due to deforestation. The pressure on timber as a resource may increase due to international demand and European companies may start large-scale felling in neighbouring Ukraine.

Currently unprotected areas of virgin forest can be permanently preserved in the Ukrainian Carpathians by expanding and reinforcing conservation areas. In the Ukrainian Carpathians there are nine national parks and two biosphere reserves. There is a general ban on tree felling in coniferous forest areas above 1,100 metres. If park administrations are shown to work, management of larger, previously unprotected areas of virgin forest to preserve them on a permanent basis, may occur. There are roughly 100,000 additional hectares of forest which could be integrated into the existing conservation areas.

It is difficult to find another region of Germany that evokes more romantic feelings than the Rhine. A trip along the river is like a voyage into a fairy-tale land, with no fewer than 60 picturesque castles and formidable fortresses presiding over the river from the surrounding hilltops. 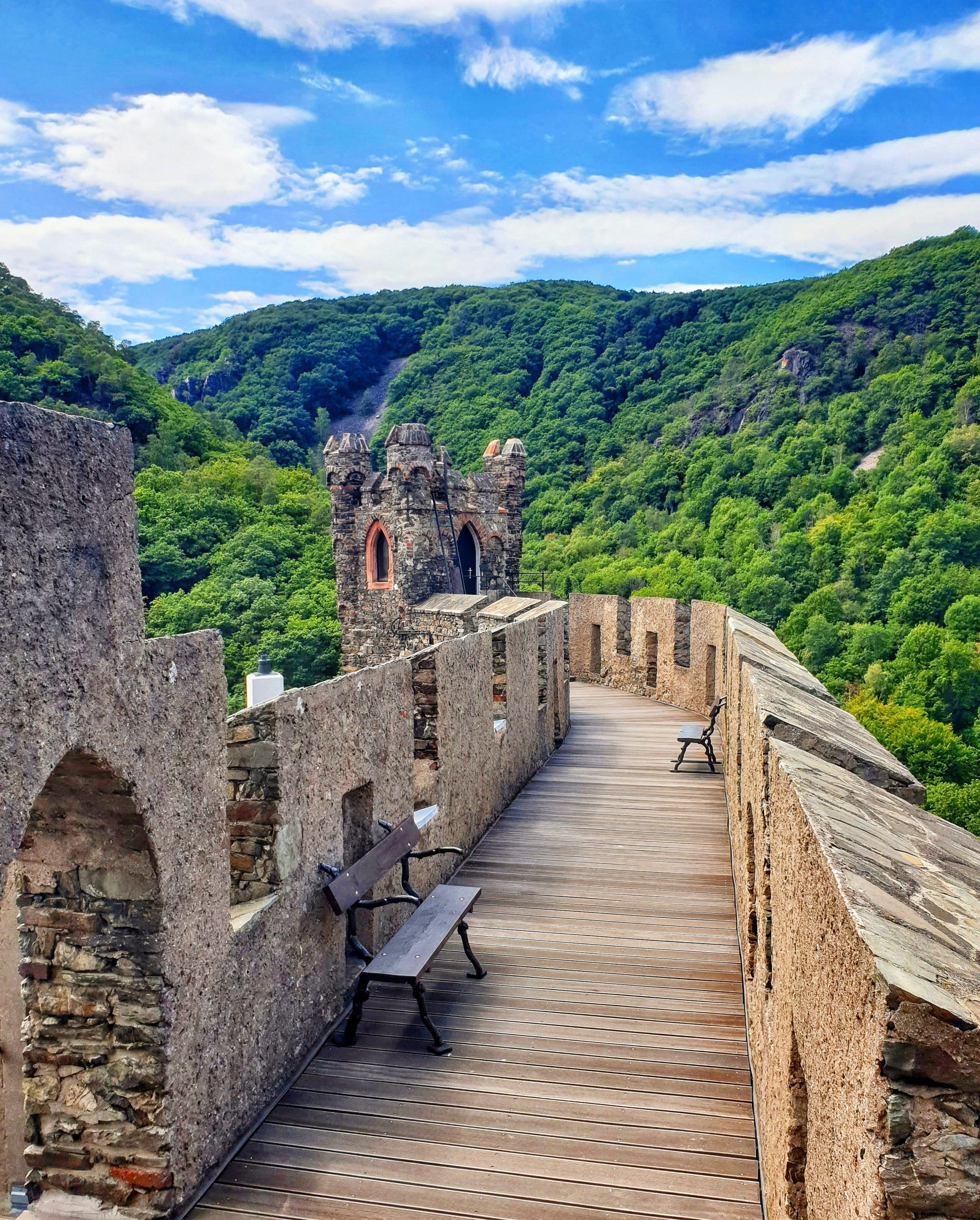 The most beautiful time of all is early morning, when a dawn mist wafts gently over the river. Castles are shrouded in the haze and ruins rise up from the mist like heavenly towers. Birds twitter cheerfully from the riverbanks. The first rays of sunshine shimmer on the gently flowing waters of the Rhine and ignite sparkling highlights among the fine droplets of dew covering the vineyards.

The magical and romantic atmosphere of the Rhine is almost impossible to resist. Even around 200 years ago, painters and poets of the Romantic period had discovered the fairy-tale beauty of these river landscapes between Lake Constance and the Dutch border. Philosopher Friedrich von Schlegel was impressed by the “proud castles on wild cliffs”, while poet Heinrich von Kleist spoke of the “most beautiful expanse of land in Germany where our great gardeners have so clearly worked con amore”. Painters such as William Turner picked up their brushes to capture the magic of these landscapes for posterity. Poets including Friedrich Hölderlin and Heinrich Heine were inspired to pen lyrical verses. With artists in the role of pioneers, the Rhine’s reputation as a travel destination grew. By the start of the 19th century, a visit to the Rhine region was the highlight of the “grand tours” by English high society.

The sight of the Middle Rhine between Bingen and Bonn, carving a narrow passage through the Rheinish Slate Mountains, with vine-covered slopes, knight’s castles, magnificent palaces and quaint fishing villages, thrilled the hearts of the early romantics. Today, the Upper Middle Rhine Valley from Bingen to Koblenz is a UNESCO World Heritage Site. 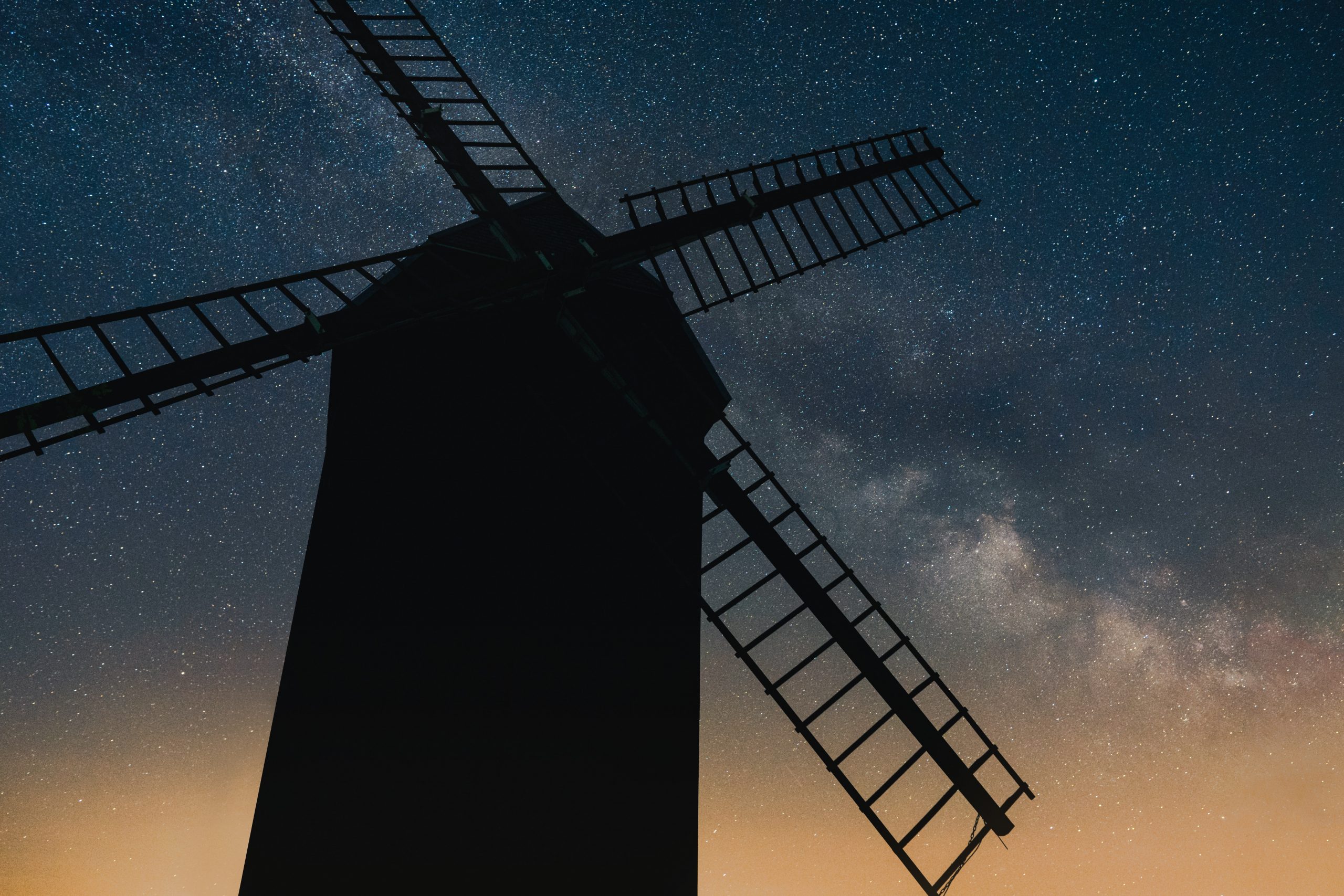 Until 1990, just under 100 kilometres of the Elbe river marked the border between East and West Germany. The region is still just as sparsely populated today – perfect for stargazing. There is hardly any industry, streetlamps or any other form of artificial light to tarnish the view of the night sky around Gülpe, making it the darkest place in Germany. Whether you want to spot shooting stars or the lunar eclipse, there is no better place to gaze at the sky than the Dark Sky Reserve in Westhavelland. There are now other dark sky parks in the Rhön Mountains, the Eifel low mountain range and the Chiemgau Alps. This abundance of natural beauty before the gates of Berlin earned the nature park the ‘Star Park Westhavelland’ designation – Germany’s first star park!

The lowland of the lower Havel is one of the largest continuous wetlands in western Central Europe and a habitat for many endangered animal and plant species. This is where one can find wading and water birds, beavers and Eurasian otters, white-tailed eagles and red kites as well as Germany’s last great bustards.

The Alps are impressive. Insider tip: the German Central Uplands even more so. Here too, you can hike without seeing another soul. The Elbe Sandstone Mountains in Saxony with their table mountains, pinnacles, gorges, rivers and forests are particularly appealing, and they just so happen to be a climbing paradise that holds its own as the alleged birthplace of free climbing. More than 1,000 free-standing sandstone rocks can be scaled here. You can book lessons in climbing schools from Bad Schandau right through to Königstein. 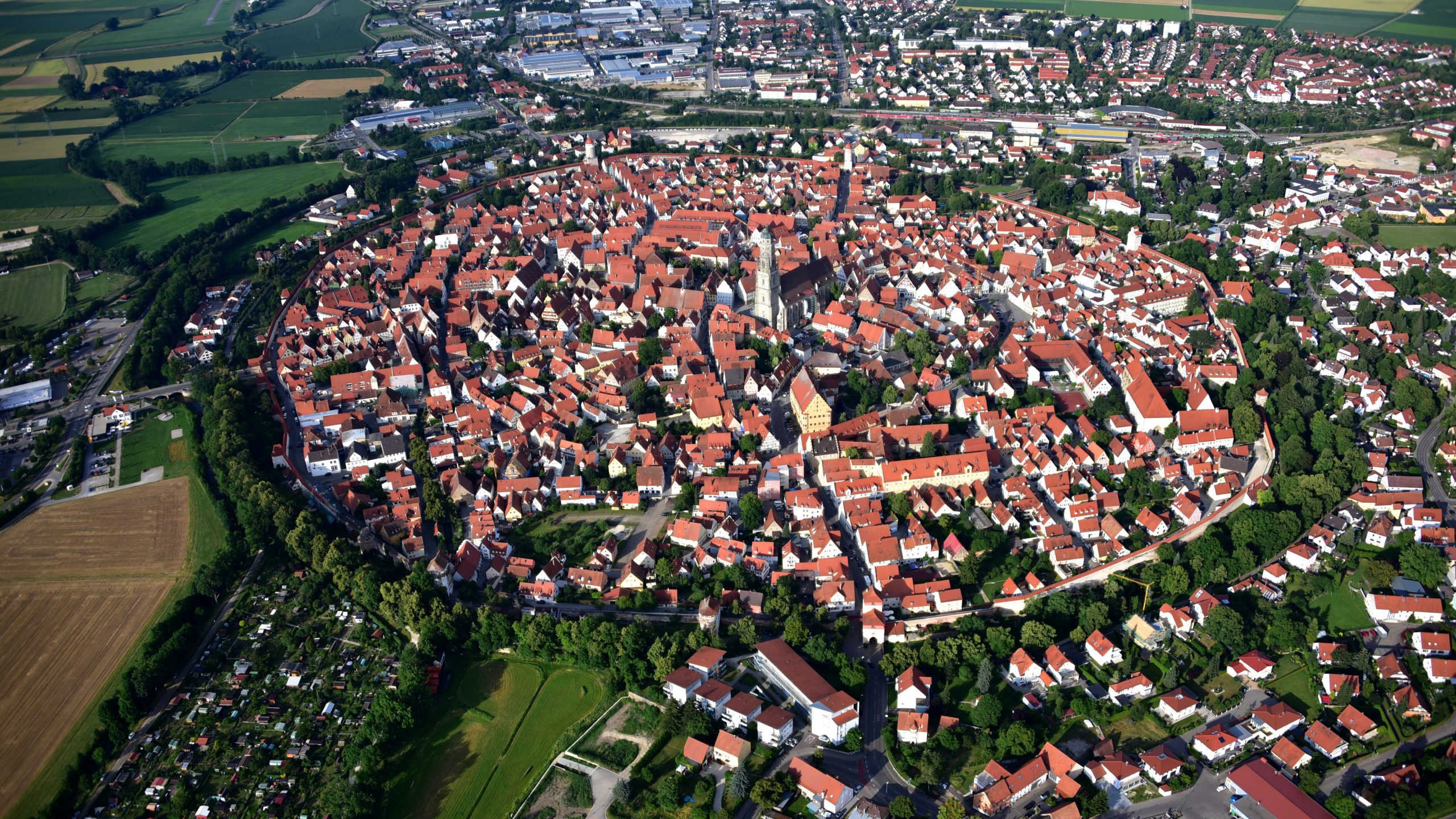 It’s no secret that the Germans brew an abundance of beer. But have you heard of smoked beer? This liquid delicacy, which smells a little like smoked meat, comes from Bamberg. Several breweries in the town in Upper Franconia, Bavaria still make their beer today using traditional recipes – a practice not found anywhere else. Back in the day, smoked beer was the only beer, as it only became technically possible to malt without the use of smoke through industrialisation. At any rate, there is an impressively high density of breweries here. There is a total of 60 in the vicinity, and they brew around 400 different beer styles. You can go on walks from brewery to brewery and learn how to make traditional beer on beer courses.

Nördlingen, a two-hour drive to the south of Bamberg, is the site of a catastrophic event in the Earth’s history. Fortunately, it was a long time ago. And yet the history is omnipresent, for the pure fact that Nördlingen is situated 150 metres deeper in the ground than the surrounding area, as the town was built in a crater.

A meteorite hit the Earth 14.5 million years ago at a speed of 70,000 kilometres per hour. It tore an impact crater 25 kilometres in diameter into the ground: the Nördlinger Ries, the best-preserved crater in Europe. Guided tours are available almost every day at Geopark Ries. You can also learn more about the impacts of this prehistoric cosmic encounter on Earth at the Ries Crater Museum in Nördlingen.